As the weather turns colder, it’s a good time to revisit some cold-engine starting techniques. Have some tips for flying in colder conditions? Leave them in the comments section! 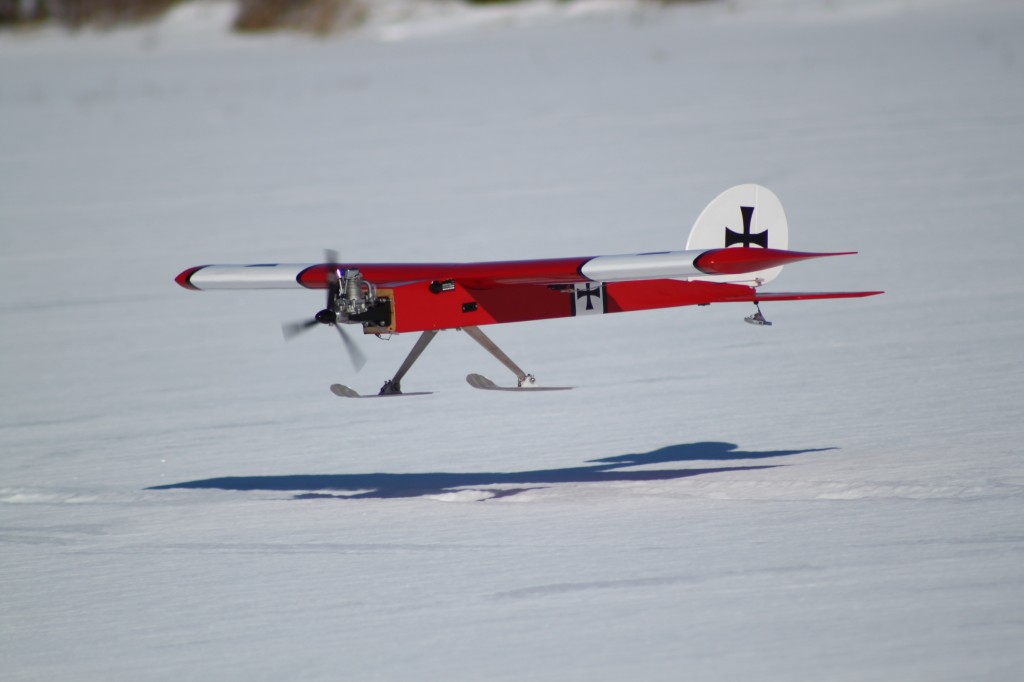 1. Turn on your transmitter and receiver.

3. Watch for fuel in the line and cover the throttle opening with your finger. Firmly grip the propeller, and rotate it until the fuel is just up to the carb. Don’t flip it! Now turn the prop over–twice, if it’s warmer than 50 degrees F; three times, if it’s colder–to prime the engine.

4. With the glow plug disconnected, flip the engine over six to eight times.

5. Close the throttle and move the trim to fully up. This should open the throttle barrel a little more. The throttle should be about 1/4 open.

6. Grab the prop firmly, and rotate the engine until it passes through the compression part of the stroke. You should feel the engine “kick.” If it does, it will now start on the first or second flip. Always use a chicken stick or electric starter for starting. If the engine doesn’t start, flip the prop a few times with the glow plug disconnected, and try again. If it doesn’t kick now, choke it one more time with the throttle fully open, flip the prop a few more times, reposition the throttle, light the glow plug, and try again.

7. If, when your engine starts, it just revs up and quits, turn the high-speed needle valve 1/2 turn counterclockwise to open it, and try again. Repeat this if necessary.

8. If the engine starts, slows down and quits, and if a lot of smoke comes out of the exhaust, turn the high-speed needle valve clockwise to make the mixture leaner, 1/4 turn at a time. Restart the engine.

9. When the engine has started, hold the throttle partially open, and let the engine warm up for at least one minute before making the final adjustments.

10. Most engines are harder to start when they’re hot. To start a hot engine, draw the fuel up to the carb, but don’t choke or prime it. Open the throttle to 1/4. Flip the prop hard. Use and electric starter, if you have one available.