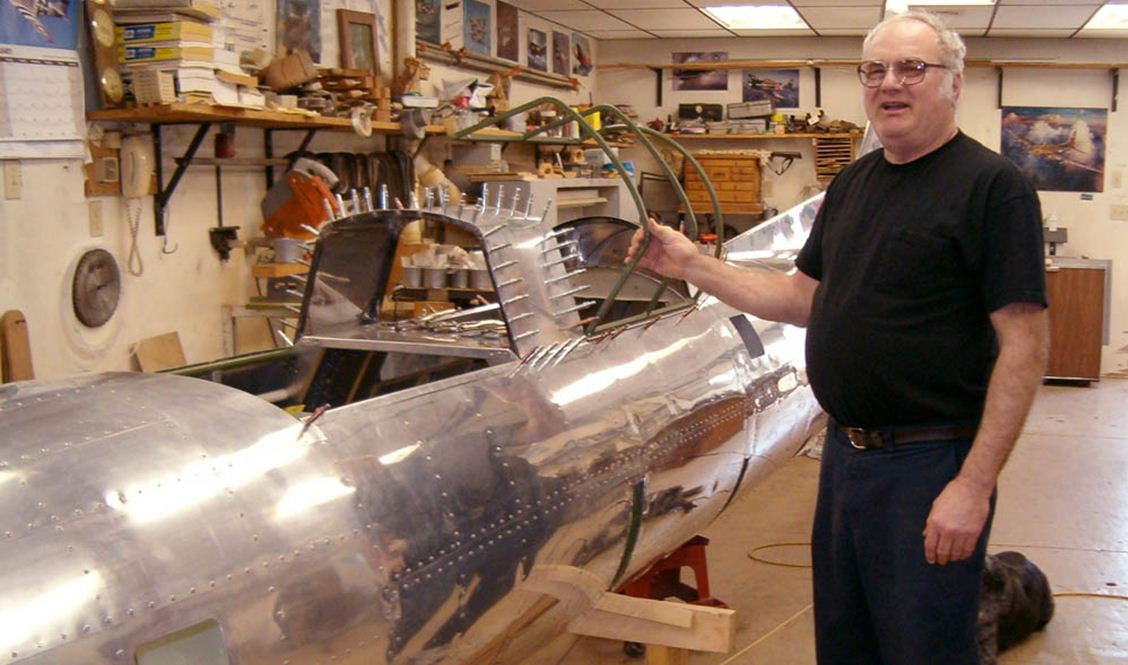 So what do you do when you’ve already built a Kitfox and a Georgia Special and your buddies (with the help of a few adult beverages) prod you to build “one last” experimental? If you are Jack Bally of Dixon, Illinois, you build a 1/3 scale B-17 Flying Fortress replica.

With more than 1,000 hours as pilot in command and the ratings to go along with them, Jack is no newcomer to aviation. But his stick time is for pure pleasure nowadays; Jack is content to operate his Kitfox and Georgia Special for local flights from his private strip just north of Dixon Municipal Airport. A carpenter by trade, Jack used the GI Bill to learn to fly and spent four years as a certificated flight instructor, sharing his passion with others while honing his piloting skills. (As a side note, Jack built his Georgia Special from plans found in the 1931 Flying and Glider Manual and thinks his is the third one ever built.)

Jack and his friends decided that if they were going to build one last plane, it would have to be something “different” – that was the word Jack used when I spoke with him, but I would suggest that a better word would be “extraordinary.” They started planning for a scaled B-24 Liberator, but as Jack said, “It didn’t work right scaling it down, but the B-17 would.”

With a set of 1/9 scale model airplane plans and some seat-of-the-pants structural designing (checked by a cousin who is an aerospace engineer), Jack is confident that his design will be good for 6 positive and negative g’s while potentially having Cessna 152-like handling characteristics—but with plenty of power to spare!

Jack plans to power the plane with four four-cylinder, air-cooled, 80-hp Hirth F-30 two-stroke boxer engines. Space constraints with keeping all things as scale as possible dictate no more than 20 inches in diameter for the engine nacelles, and thus far, the Hirth is the only engine that Jack can find that can fits this requirement—but with a twist. The Hirth requires a propeller speed reduction unit (PSRU) to mate the rpm to a usable propeller speed, but there’s no room for it. So the engine will be run direct-drive, and some power will be left on the table, leaving approximately 60 hp per engine at 3300 rpm, which is suitable for the small-diameter, scale propellers—46.4 inches. Even with losing 20 hp per engine, there are still 240 ponies to propel the all-aluminum, 34-foot,7-inch wingspan and 24-foot-long aircraft (sounds a tiny bit bigger than C-152) into the wild blue. But it will still be a tight squeeze as the specs on the engine width are 570 millimeters (22.44 inches) when measured from spark plug terminal to spark plug terminal.

Engine depth is also an issue as each main landing gear is located in one of the center two nacelles, and when retracted, they come right up against the firewall, leaving only about 18 inches of engine depth to work with. This most likely rules out the possibility of selecting an engine that uses a PSRU and is the main reason Jack is planning to use the Hirth, sans PSRU.

The wing is done, the fuel tanks are in, and the engine mounts are built and attached and awaiting the engines. The landing gear is fabricated and installed, including the retractable tailwheel. The flaps and ailerons have been hung (as well as the elevator and rudder) and merely need their fabric covering and silver paint; in the meantime, they all are stowed away to avoid hangar rash.

When was the last time you poked you head into a cockpit and saw a four-lever throttle quadrant, with all four levers reserved for power? Larger Not that it’s a huge hurdle, especially in the big picture, but the task at hand now is blowing the acrylic bubble that will become the nose section, an “education in itself” as Jack put it. With the canopies out of the way and with the experience gained during their fabrication and installation, the nose section shouldn’t be too difficult for the veteran builder.

Since the engine installation details are still somewhat undetermined, Jack has elected to forgo the nacelle work until he has an actual engine in hand. Although the goal is a 100 percent 1/3 replica, this is one place where he may have to deviate a little to accommodate the engine. So it only makes sense to hold off for now and hedge against having to make them again. And of course, he’s not married to the Hirth. So if another, more accommodating and affordable engine comes along, further concessions may have to be made. In my opinion, if the nacelles are the only things that are not 100 percent accurate, it will still be awesome by anyone’s measure.

After 10 years in the making, we certainly look forward to seeing this plane fly very soon. And I would like to offer a special thanks to Richard Kosi for bringing this project to our attention.

For scale, the three infamous Ballys pose next to the feathers. From left to right are Jack Sr., Jack Jr., and grandson Chad. Larger view

This just in from Richard: “Jack has built a mold for the front clear nosebowl. He has also built a vacuum system and an oven to try to form the 0.080-inch-thick nosebowl. No success yet but with a little more beer he thinks he can do it.” 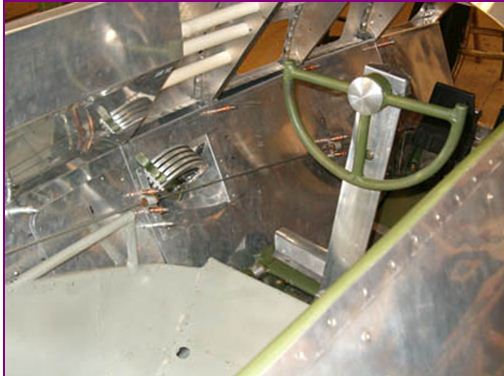 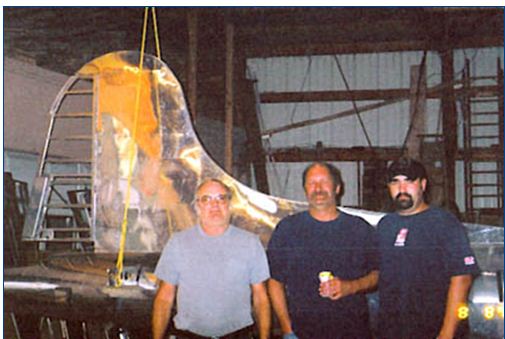