Finally, after seven years of building and planning this awesome giant scale WW2 German bomber took flight on October 6, 2018! Actually, one of three RC models being built at the same modeler’s club, this 1/4-scale Junkers Ju 188 was built and is owned by Franz Obenauf. 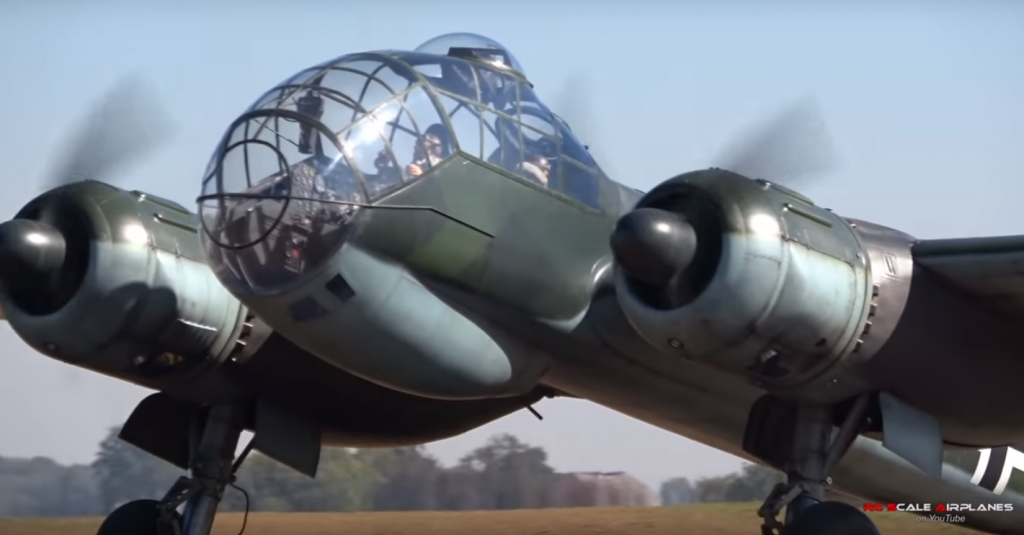 The Ju 188 has an 18 foot span, weighs 187 pounds and is powered by two Moki 250cc 5-cylinder radial gas engines. The paint job and weathering has been expertly done by Klaus Herold.