We recently received this intruiging article from Dave Horvath and invite you to read it and then join in the discussion.

A substantial number of unexplained crashes of radio control model airplanes on 2.4GHz frequency prompted me to write this article on the so-called “interference free” radio control systems on the 2.4GHz band.
The electromagnetic wave spectrum is subject to the immutable laws of physics.
The propagation characteristics of the 2.4GHz wavelength and the environmental effects of this frequency are more complex than on the 72MHz band. To better understand this, we have to look at the electromagnetic wave spectrum where 72MHz band is in the broadcasting region and the 2.4GHz band is in the microwave region. It is easier to see the huge difference between 72MHz and 2.4GHz frequencies when we convert 2.4 gigahertz to megahertz. Now it is 2400MHz versus 72MHz. When frequency increases, wavelength decreases. Therefore, the 2.4GHz wavelength is shorter and closer to visible light on the electromagnetic wave spectrum. Since visible light is also an electromagnetic wave, 2.4GHz wavelength behaves more like visible light and travels in straight lines until it is reflected, deflected, diffracted or absorbed. Reflection and diffraction will create interference. When parallel rays of light are reflected by a concave mirror, it greatly increases the intensity of light at the focal point. A parabolic dish antenna works the same way for a 2.4GHz electromagnetic wave. Since we cannot focus a high gain directional parabolic dish antenna between our constantly moving model airplane and our transmitter, we have to use an omnidirectional vertical antenna system which has much lower signal intensity.

Interference
The FHSS (frequency-hopping-spread-spectrum) and the DSSS (direct-sequence-spread-spectrum) techniques can share the same band. However, they interfere with each other causing a degradation of performance. Range decreases as the number of clear channels decreases. Bandwidth drops each time FHSS encounters a blocked frequency on a crowded spectrum.
The crowded spectrum on the 2.4GHz band reduces the bandwidth, increases the ever present background noise, increases the adjacent channel leakage ratio, reduces the range, and causes overlapping. Overlapping is a direct interference.
Unlike the 72MHz wavelength which penetrates most objects, the 2.4GHz wavelength behaves more like visible light. Signal absorption from objects on a model airplane like the engines, electric motors, batteries, servos, pushrods, landing gears, switches, wires, etc., may cause path interference.
Signal reflection from objects in the terrain, like fences, walls, buildings, trees, hills, power lines cause line of sight interference. High speed data transfer reduces the receiver’s sensitivity on 2.4GHz band. There is a trade-off between speed versus range.
The signal strength decreases quadratically as distance increases at constant radiation levels. This is called path loss. When frequency increases, path loss also increases. This is one of the reasons why 72MHz radios have a better range than the 2.4GHz radios. We can see this clearly when we look at the Wireless Range Calculator:
Frequency                  Distance                      Loss
100MHz                     0.2 mile                      62 decibel
2400MHz                   0.2 mile                      90 decibel
These calculations are under non-existing ideal conditions, less Fresnel (pronounced Frehnel) effect. When we fly our model airplane on 2.4GHz, the area around us is known as the Fresnel zone. Since we have to use an omnidirectional antenna system, the electromagnetic waves will scatter and diffract from objects and from the terrain around us. When the diffracted wave reaches the receiver antenna, it is slightly lags behind the signal which traveled to the receiver antenna in a straight line that creates interference due to the phase canceling effect.
The Fresnel effect also deals with the behavior of electromagnetic waves over a water surface. As mentioned before, the 2.4GHz radiation behaves more like visible light, so we have to think of reflections and shadows. Flying a 2.4GHz radio control model over a reflective surface like water, snow, ice or wet terrain negatively affects the radio link. Occasionally a 3D aerobatic model plunges into water while hovering. When the rudder is near the water surface, the prop wash creates a chaotic wave pattern which generates a myriad of false-signals.
The Fresnel effect and the described interference on the 2.4GHz band work pretty well. We successfully tested this at different locations. Unfortunately, the “unbreakable Tx-Rx link” broke when our model was over 0.2 miles away at 45 degree angle. Despite the fact that a 90 decibel signal loss over a thousand feet (0.2 miles) is rather significant, we should have had control at this distance. There are too many factors that can determine the overall range on 2.4GHz. 2.4GHz receivers are not immune to ignition and electrical noise as advertised. Occasional arc from high tension insulators could break the bind.

Latency
Latency is the time between stimulation and the beginning of response caused by propagation delays. There is a huge time difference in latency claims by different radio manufacturers. Some latency claims are in milliseconds, others are in microseconds! This is confusing since one millisecond is one thousandth of a second and one microsecond is one millionth of a second.

Velocity of electromagnetic waves is 186,283 miles per second. The velocity of the electric signal through conductors is nearly at the speed of light. With an adequate power output, our radio signal will travel one microsecond which is one millionth of a second to reach our model airplane one thousand feet away. This applies to all brands of radios on 72MHz or on 2.4GHz. As we know, nothing travels faster than the electromagnetic waves. Therefore, I don’t see how latency could be improved “50 %” over the leading competitors regardless of different processing.

Conclusion
At huge events, like Nationals, the 2.4GHz pin-free radio system makes life easier for competitors and organizers. However, there is a huge difference between flying on 2.4GHz band in the beautiful country side near Muncie where chances are good that there won’t be any noticeable interference and flying on 2.4GHz band in the middle of one of the largest concentration of population and industries in Los Angeles or other urban areas.
2.4GHz radios under harsh conditions work most of the time, however most of the time is unacceptable. Illegal signal boosting, ham radio, and rolling hills further aggravate the situation. 2.4GHz wavelength has higher incurred losses than 72MHz wavelength. In any case, we should hold on to our assigned frequencies on 27MHz, 50MHz, and 72MHz bands.
Despite glowing reviews, the so-called “bulletproof 2.4GHz technology” has had range and reliability problems since day one. A bench test inside a building in a controlled environment where the receiver is a few inches away from the transmitter is meaningless.

2.4GHz wavelength is not the best choice to control model airplanes. Furthermore, we have ended up with complex radio systems on an overcrowded band on the electromagnetic wave spectrum.

The bottom line is that glitch-free software, error-free computers, and an interference-free radio link is only an illusion. 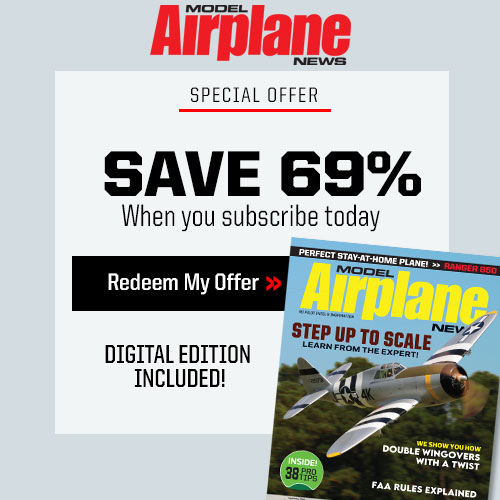