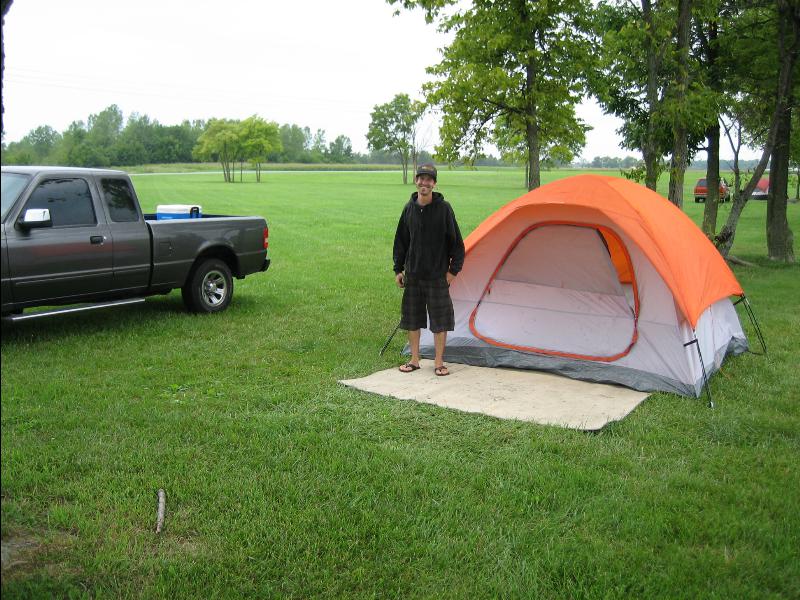 Last year I was fortunate enough to report on the 2011 IRCHA Jamboree for this magazine, and I started my article by saying “If it’s hot and the middle of August, it must be time for the annual AMA Helicopter Nationals and IRCHA (International Radio Control Helicopter Association) Jamboree, both of which are held at the AMA International Aeromodeling Center in Muncie, IN. on their beautiful 1000 acre site.” Although the flying seems to improve from year to year, the same can’t be said for the weather this year. The helicopter NATS were just finishing up as the Jamboree was beginning, providing almost 2 weeks of helicopter flying by some of the best pilots in the world, but unfortunately for at least some of the time the weather was cold and rainy. 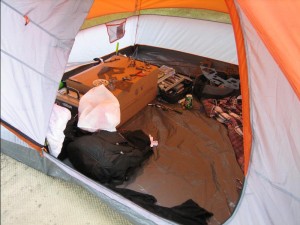 The AMA has “bare bones” campsites for $5 a night, and here is Chad Sackman standing in the drizzle by his tent. Chad drove all the way from California in 30 hours to fly his two Miniature Aircrtaft “Whiplash” choppers. One is a nitro, and the other is a gasser. Unfortunately Chad had a mishap with the gasser, but he was able to set up a repair facility inside the tent. Now this is a guy who loves helicopters, and will do just about anything to fly at IRCHA. 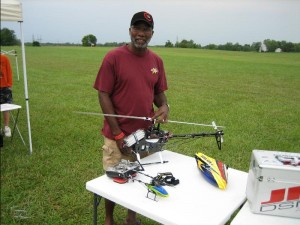 Delvin Hector is from Cincinanati, OH and is getting his flybarless TREX 550E v2 ready for another flight. Delvin has been flying for 14 years and gets to practice his 3D style about 3 times a week at the Hawks Heli Division field, where he was one of the founders. 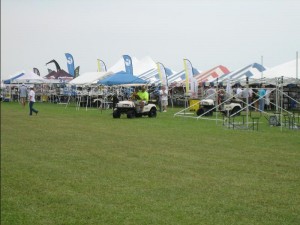 Here is a look at the flight line on a cold and rainy afternoon. Although it was wet, everyone was in good spirits, and just waiting for a break in the rain to get into the air again.