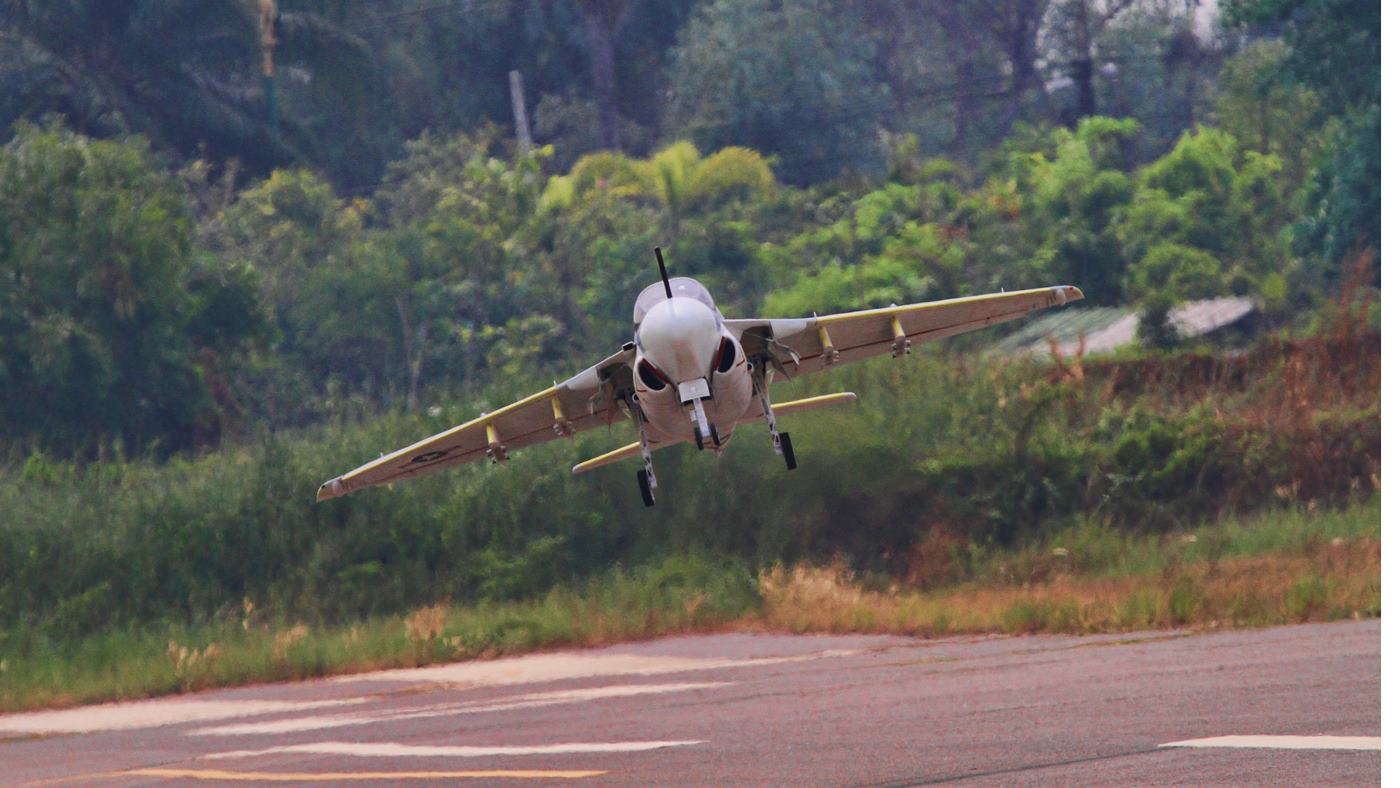 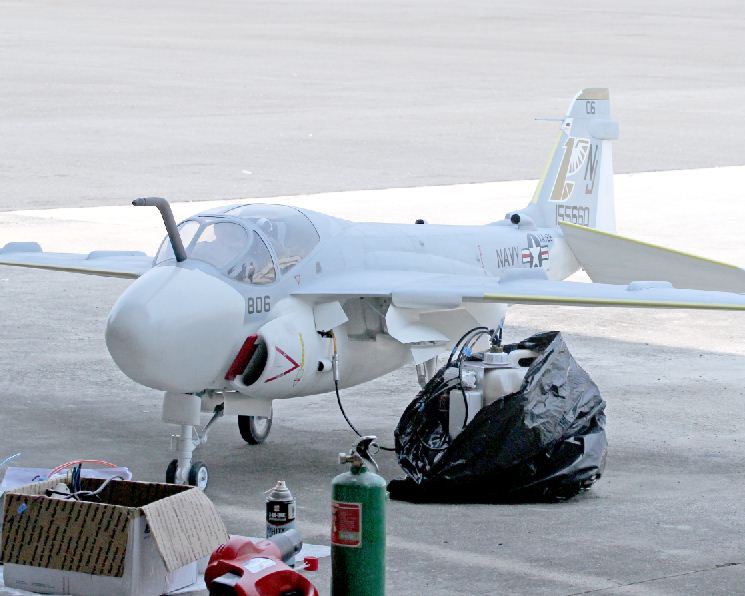 The  Team of Mike  Selby  and General Raymond Johns of the USAF (Pilot) will be competing at the 2012 Top Gun event with Mike’s amazing Team Scale entry a completely original Grumman A-6E Intruder. The A-6E is made from a composite vacuum layup of aired carbon and fiberglass. 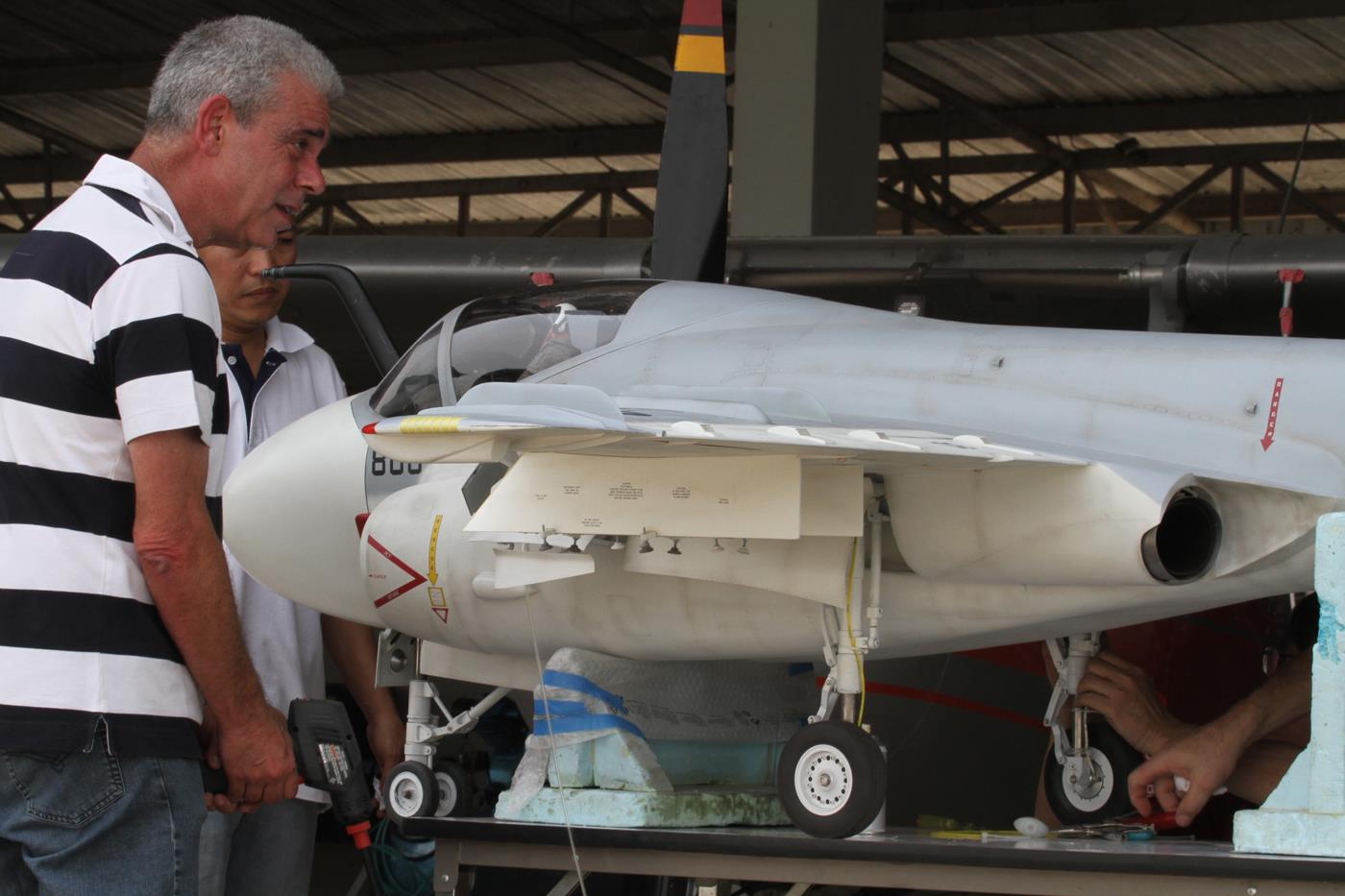 The formers are made with nomex/carbon to reduce weight. The landing gear is made from Aluminum/Titanium again to reduce weight. The plane is just under 1/5-scale and weighs 55lbs. dry. It uses a B300F turbine with the power dialed back. It is a single engine with a bifurcated pipe made of stainless steel and titanium. The model has functional slats and flaps, as well as pylons with ordinance. Probably the toughest part of Mike’s project was the landing gear and the main doors which are so large. We can’t wait to see this amazing jet at Top Gun this year! 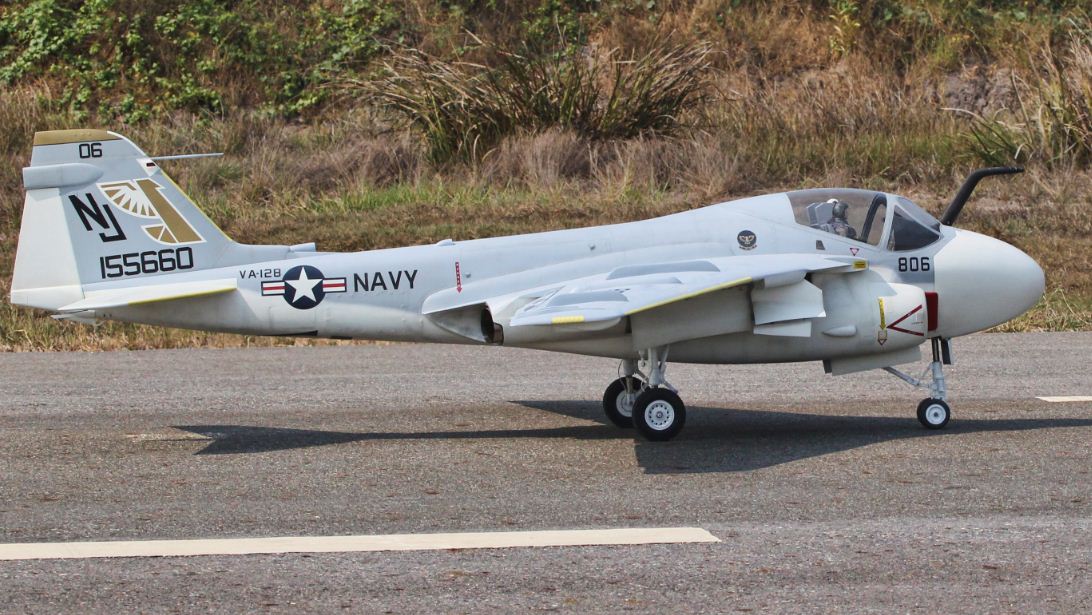 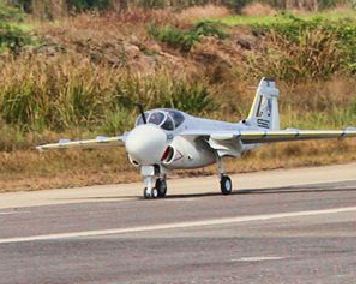 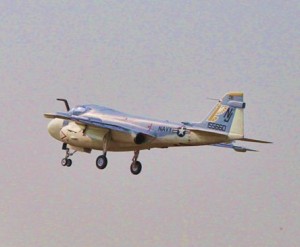 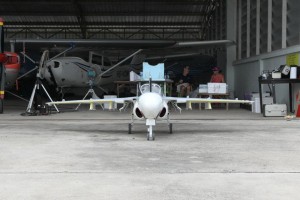 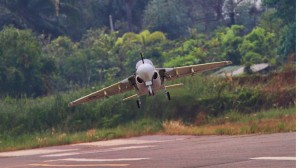