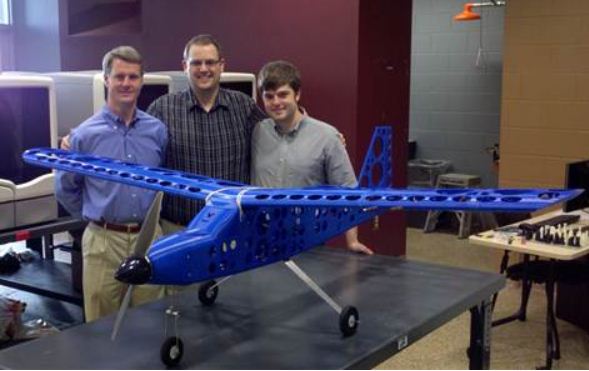 Here’s an interesting story out of the University of Virginia, where engineering students used 3D printing technology to create an RC aircraft:

3D printers are already being used to create machine parts and small toys, but engineers have now used the technology to build an entire vehicle: a plastic, unmanned airplane that actually flies. The plane, created by engineering students at the University of Virginia (U.Va.), has a 6.5-foot wingspan, and was made from assembled printed parts.

The team tested their creation during four flights in August and early September at Milton Airfield near Keswick, Va. The aircraft, which is only the third 3D-printed plane known to have been built and flown, achieved a cruising speed of 45mph. 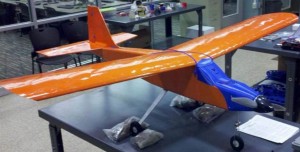 3D printing is already proving to be a valuable tool in teaching students, said David Sheffler, an engineer at U.Va. who worked with students Steven Easter and Jonathan Turman to create the aircraft. “To make a plastic turbofan engine to scale five years ago would have taken two years, at a cost of about $250,000,” Sheffler said in a statement. “But with 3D printing we designed and built it in four months for about $2,000. This opens up an arena of teaching that was not available before. It allows us to train engineers for the real challenges they will face in industry.”