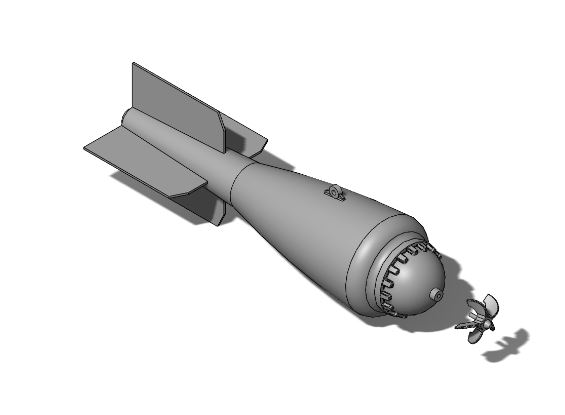 OK, I could have gotten a lot more attention by titling this post “3D Printing Bombs” but I did not want the FBI coming to the MAN office. With today’s amazing new technologies seeming to be absolutely like magic, I decided to try out one of the several new 3D companies that offer services online. The one I chose was Shapeways. In keeping with my recent project, the 1/4-scale Sopwith Camel, I wanted to make some scale aerial bombs to drop at fun fly and Dawn Patrol events. So, I started some research.

Here are some photos of Cooper Aerial Bombs found online. 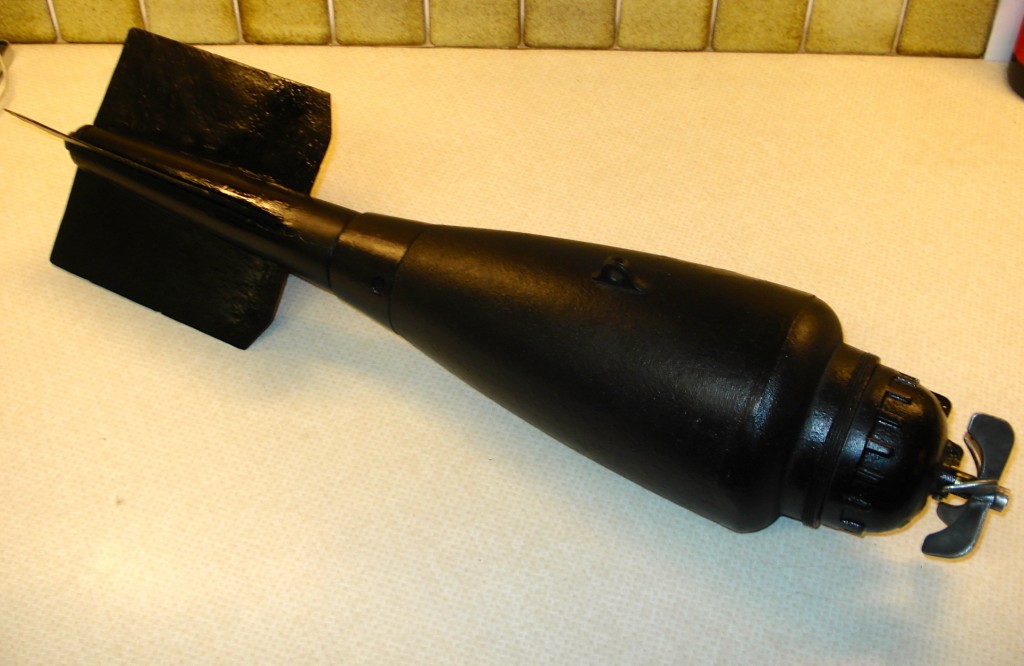 The one below seems to be the accepted color of British bombs used in WW1. I like the color and markings. 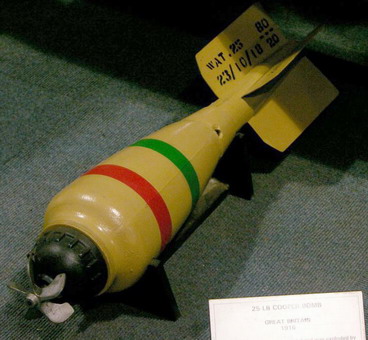 In WW1, the British Air Service used what were called Cooper Aerial Bombs. These were available in several sizes from 25- to 200-pounds. So I chose the smaller 25 pounder. These were usually carried in racks placed under the aircraft and would support three or four bombs. So, the first thing I looked for was a sketch or drawing. Here below is what I found.

The next step was to draw it in a CAD format as shown below.

The next step was to send my 2D drawing to my good friend Stephen Philbrick, who just so happens to be a wiz at 3D modeling. He also happens to work for Solidworks! Below is what he sent me back. 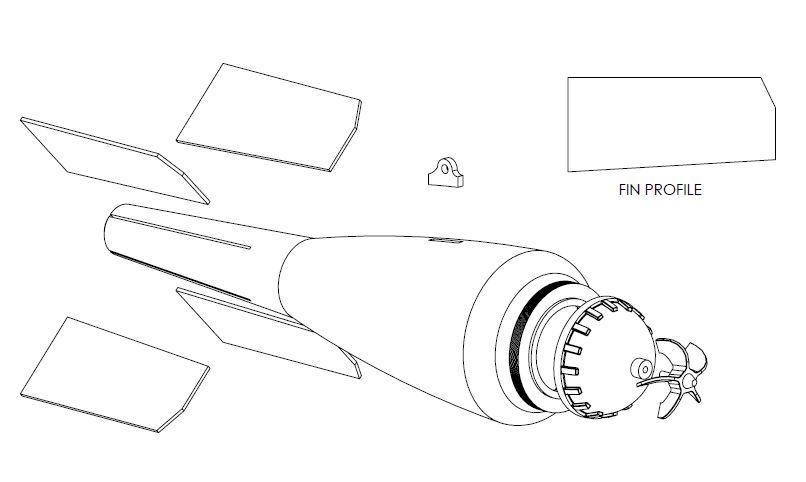 We went back and forth in size and detail and we came up with a final rendering that looks something like this shown below.

One thing we did modify was the positioning of the fins relative to the holding bracket. We rotated the bracket’s position 45 degrees so it fell between two fins making it able to be attached to the model much closer to the release mechanism. 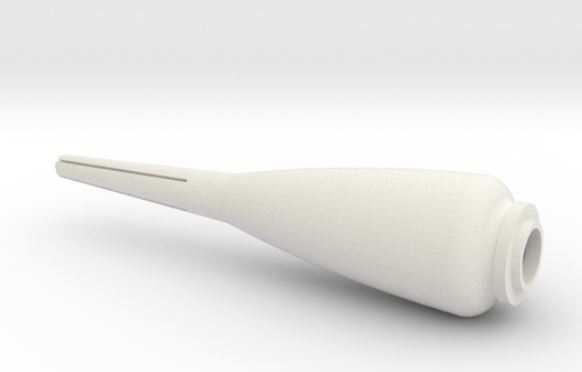 The 3D CAD file was then uploaded to the Shapeways website and an order was made. Above is the proof of the bomb casing Shapeways generated.

Here below is the proof of the Nose cone and arming propeller. 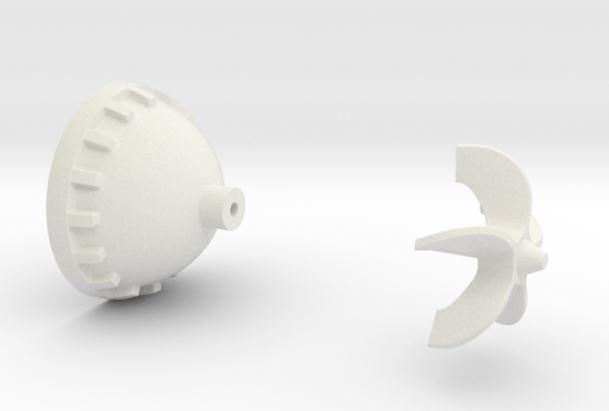 The is a choice or materials your part can be printed in and we chose “Hard and slightly flexible” Nylon material. After about 10 days, here below is what we received in the mail. 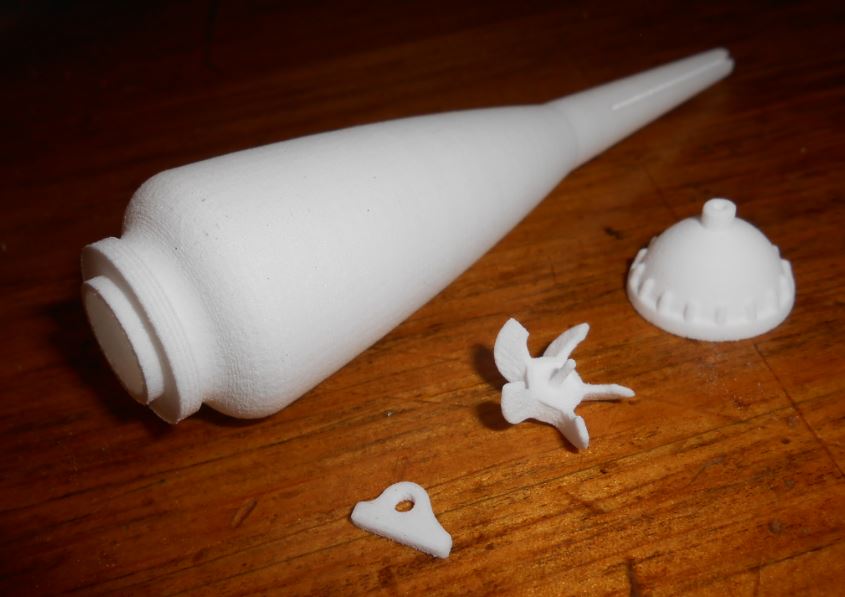 A close up look shows the surface is exactly what we ordered and it comes in a fine “matt” surface, much like the look of cast metal used in mechanized tank turrets and… well WW1 aerial bombs. 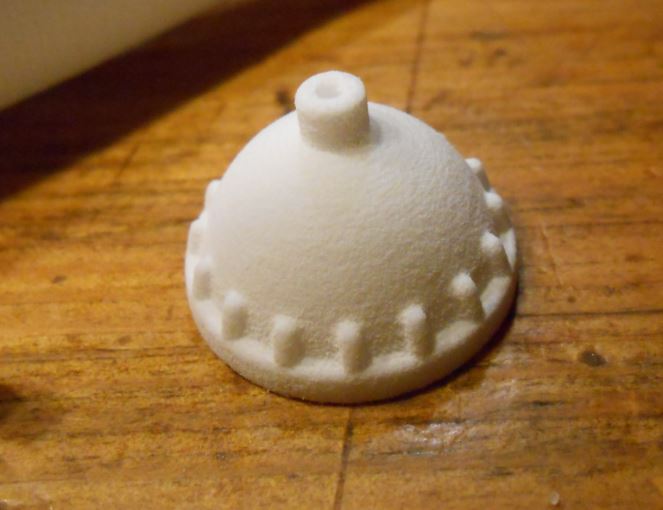 The process used to produce Shapeways’ parts uses special powered that is hardened layer by layer with a laser. After every pass or the laser a new coating of powered is deposited on top of the previous layer and it is hardened with the laser again. The process repeats over and over until the final part has been formed. 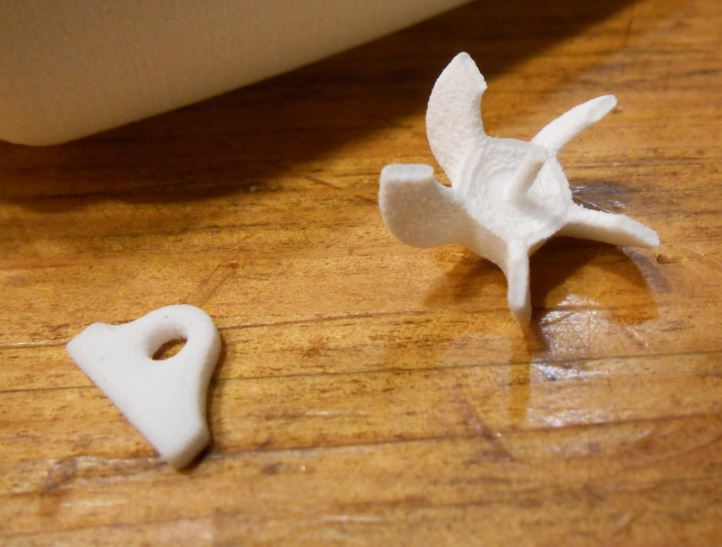 Here is a close up of the attachment bracket and the nose cone arming propeller.

Below, the propeller in place on the nose cone. 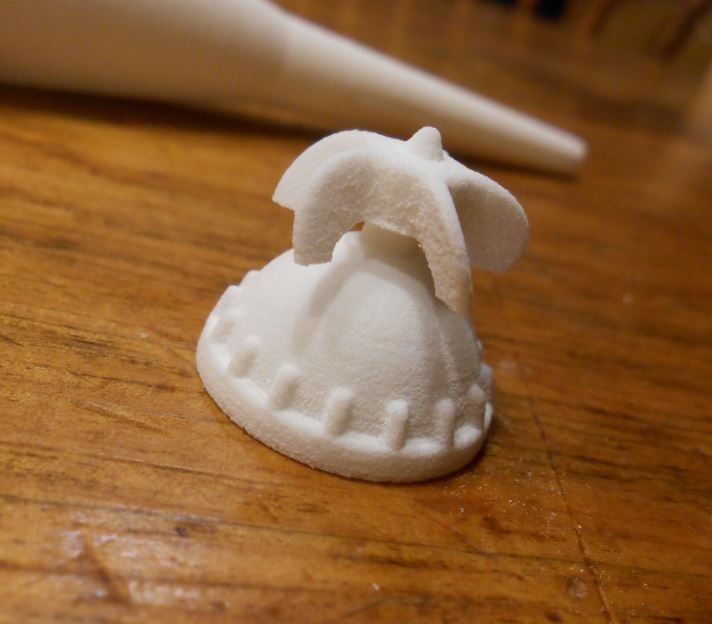 Below are the slots molded into the final bomb casing. I will saw through the slots and install the fins which will be laser cut from 0.030-inch G10 fiberglass sheeting. 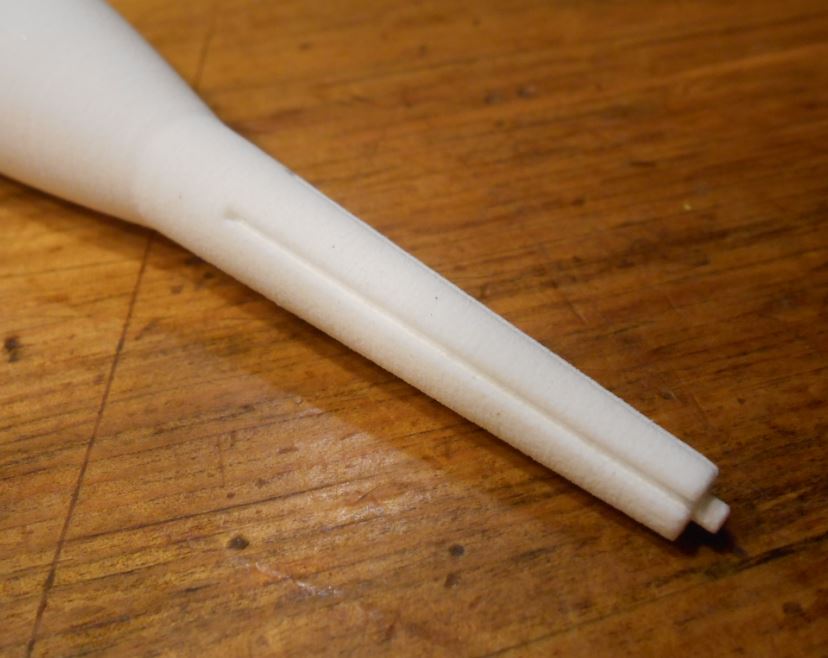 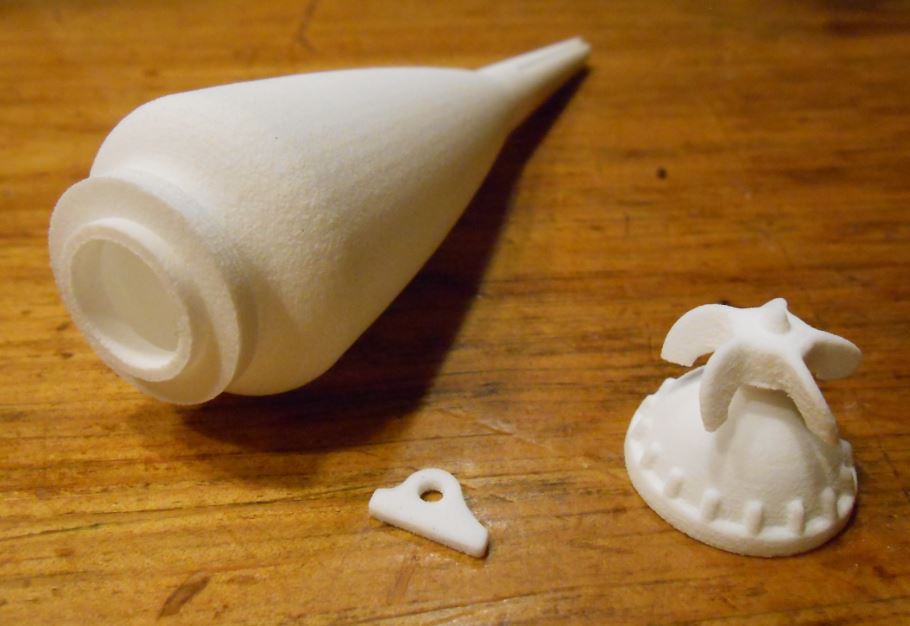 Stay tuned! I will let you know how the material is to work with, how it glues and how it accept paint! For more information on Shapeways go to: www.shapeways.com

Until then, Bombs Away!