After an idea came up late 2008 a small group of Multiplex funs came together in Hungary for a small contest. Rules were simple and clear: same planes (Easy Star, Easy Glider) were allowed to compete in two simple events: time gliding and gate race. The uniformity of the planes assured the contestants having the same winning odds, while the entry-level plane profiles made possible to participate for everybody. The host of the events was Örvényes which is located next to the biggest lake of central Europe (Lake Balaton) in a very beautiful spot. The place is a small meadow in a National Park which makes it more special. The village’s major Mr. Zoltán Huszár is a very friendly opened person who was a proponent of the event. His and the local guys hospitality, with the support of the manufacturer were key to make it happen. These simple ingredients became a recipe of a success story of the Easy Wings Cup series.

This August the event was organized already 4th time and the popularity is bigger than ever. The number of contestants were exactly four times more than on the first event, and the visitors also tripled at least. The events slightly modified to make the contest diversified. Besides the two ordinary events this year the contestants had to prove their skills in bomb dropping. With a simple basket fixed to the top of the planes they had to carry and drop a metal ballast closest possible to a base point on the ground. The contest took 2 days long made also possible to try the participants themselves out on the second windy day in hang-gliding in Csobánc rise which was nearby.

To feel the spirit of this great event see the linked video:

and the photos of the event: 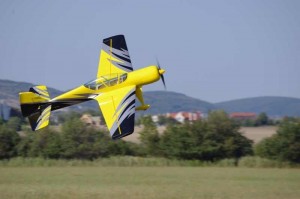 If you liked it visit the Facebook site of the event where you’ll find pics, videos and much more: