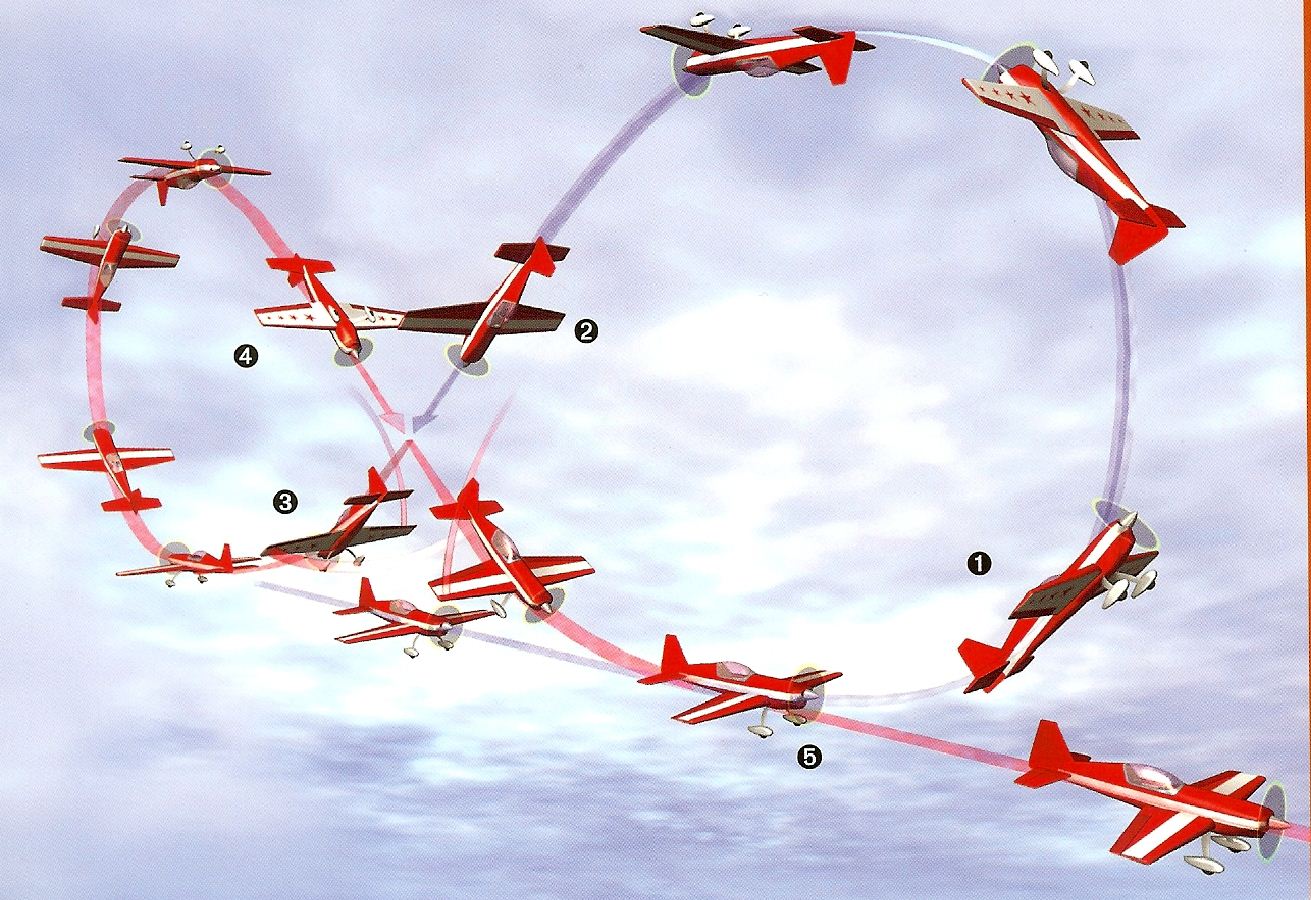 This precision aerobatic maneuver looks like a figure-S lying on its side. It consists of a 3/4 loop with a 1/2, roll as the plane flies inverted downward at a 45·degree angle, followed by another ¾ loop and another 1/2 roll during the second descending angle. It is especially impressive when performed close to the ground.

STEPS TO SUCCESS
Step 1. Start the maneuver by flying at full power, straight and level, with the wind or downwind. Apply up-elevator as if you’re going to do a loop.

Step 2. Continue the loop until the plane is inverted and heading downward at a 45·degree angle. As the plane goes over the top of the loop, release elevator and reduce power; if you don’t, it will pull the plane off to one side during the roll. Be sure to keep the wings level during the loop.

Step 3. Apply aileron and roll upright. After doing the roll, let the plane continue downward until it is at the same altitude as when you started the maneuver.

Step 4. Add throttle and up-elevator to start the second half of the maneuver and perform another loop and 1/2, roll and finish the maneuver in the same way as you did the first half.

Step 5. When you exit, you should be flying in the same direction and at the same altitude as when you started.

PRO TIPS
• As you become more proficient, make the loops larger and pause for a second before the roll. Try to place each roll at the same altitude so the maneuver looks symmetrical .

• Try a reverse Cuban-S and do the roll first. Start at a safe altitude, and apply up-elevator to make the plane climb at a 45-degree angle. Roll to inverted, decrease throttle to idle and pull up-elevator until the plane completes the first part of the loop. Recover, then increase power and do the other half of the maneuver in the same way you did the first.