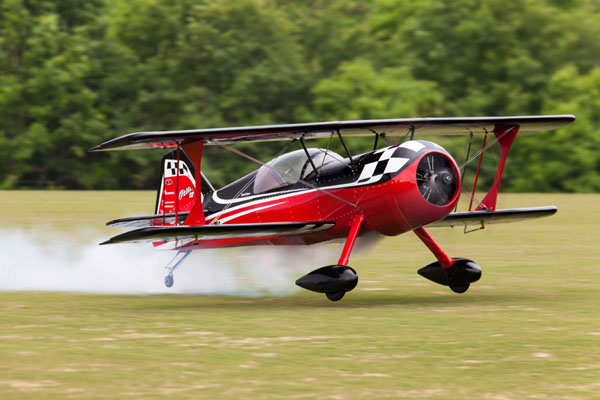 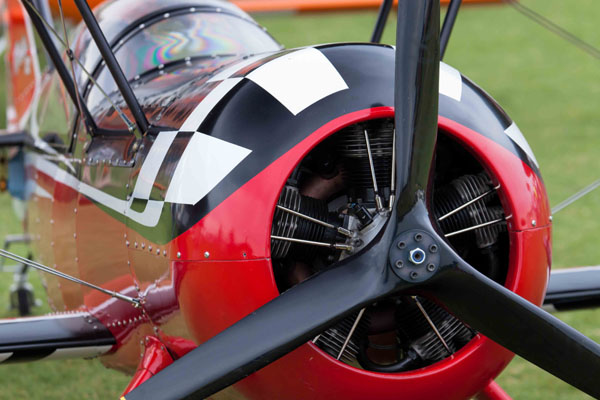 Model Airplane News is always looking for great, out of the ordinary projects and one we found several years ago was an amazing half-scale Pitts Model-12 designed and executed by Karl Scnieder of Washington, PA. Now, when we say scale, we really mean it as Karl started out with full-size aircraft drawings and built his 50% Pitts exactly like how the real one is put together. This was before the Aeroworks 50cc Checkmate was around. Karl duplicated Kendal Simpson’s Checkmate and it sure is a work of passion on a monumental scale. Karl had the opportunity to compare his model while it was under contstruction with Kendle’s full-size airshow machine! 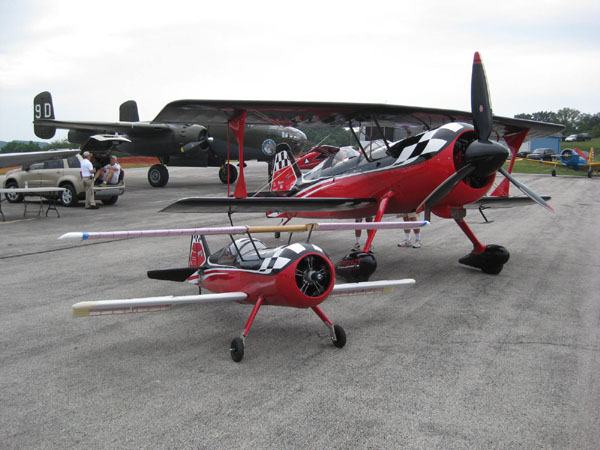 Karl’s Checkmate is a true giant and it has been Certified by the AMA and it qualifies as a legal LM-2 aircraft. At the recent Toledo RC Show Karl placed 2nd in the Aerobatic Plane catagory and more recently, he debuted his monster Model-12 at the Joe Nall Giant Scale Fly In in SC where Model Airplane News contributor Michael Foster grabbed some killer flight shots. Watch for a detailed interview in an upcoming issue of MAN. 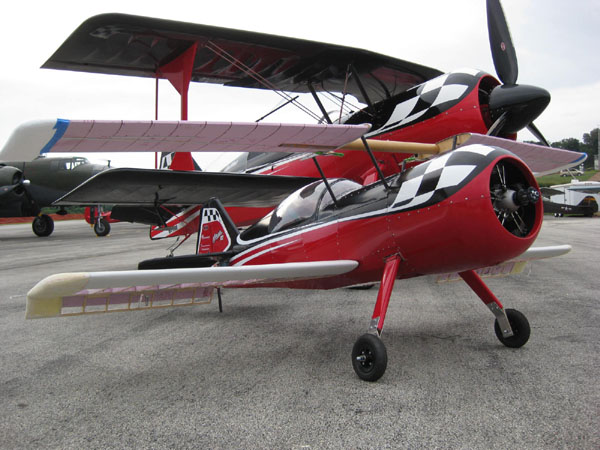 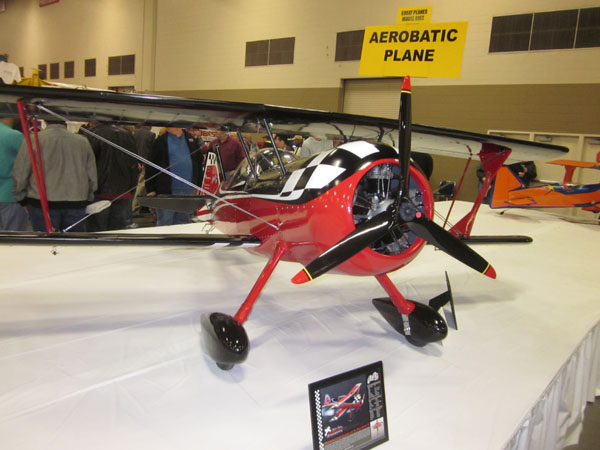 The plane has exact scale construction and features scale hinging and functional pull/push control linkage pushrods with aircraft grade terminal fittings. The ailerons on either side feature scale slave struts. The airframe is made of aluminum and all the access panels are scale, made of aluminum sheet and screwed into place with scale size hardware and screws. The engine cowl is homemade of fiberglass pulled from his own molds and the canopy is also homemade and is vacuum-formed (with the help of his wife.) 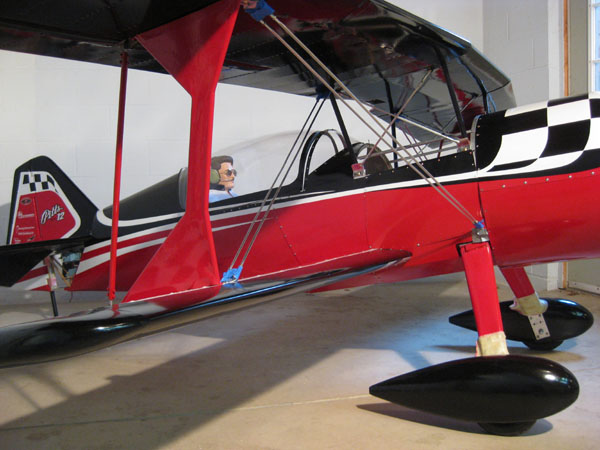 The wings are made with foam cores and 2 inch diameter wing tubes for strength. Karl even made his own flying wires from aluminum and used aircraft grade terminal end fittings. 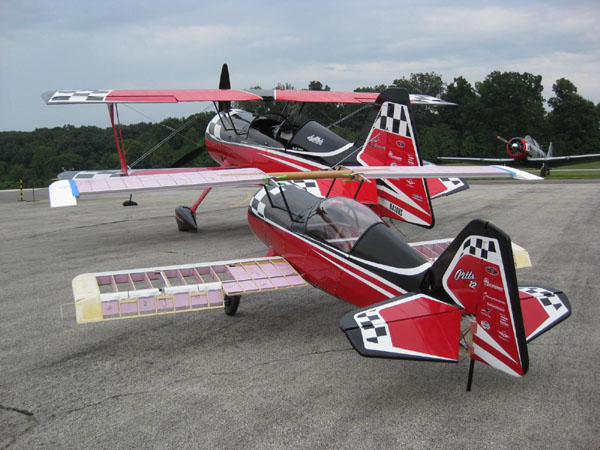 Karl uses a Spektrum DX18 transmitter and industrial grade Sako UAV/Robot servos. There one servo for each pair of ailerons and one each for rudder and elevator. The Checkmate is covered with aircraft grade 1.8oz Decron cloth and painted with ordinary hardware store grade Rustolum paint from rattle cans! Nothing fancy and no clear coat.

At the Joe Nall Giant Scale Fly In, Karl had some really great pilots take his Checkmate up for a spin, including: Mike McConville, Jason Schulman and full-size airshow pilot Skip Stewart who is flying Karl’s plane in the video. As you can see, Karl’s Monster Model-12 performs like the real thing.