Coming all the way from New Castle, IN, Greg Hahn brought several giant RC airplanes to the 50th Anniversary Old Rhinebeck Aerodrome for the WW1 RC Jamboree and impressed everyone. Greg won the “Best in Show” award for his beautiful 24% scale 17-foot-span Gotha G.IV twin-engine bomber. 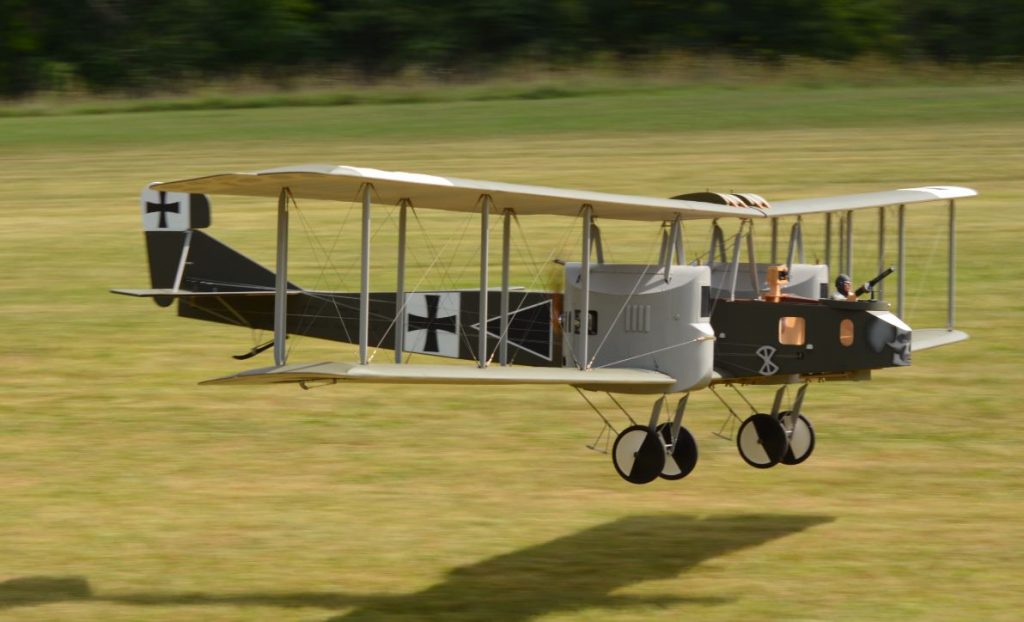 Weighing in at 51 pounds, it is powered with a pair of DLE twin-cylinder 40cc engines and the construction is traditional balsa and plywood. All the control systems are scale and use braded steel cables run over pulleys just like the full size aircraft.

You can see also that Greg has a video camera installed in the pilot’s seat and he took great aerial footage flying over the Aerodrome. 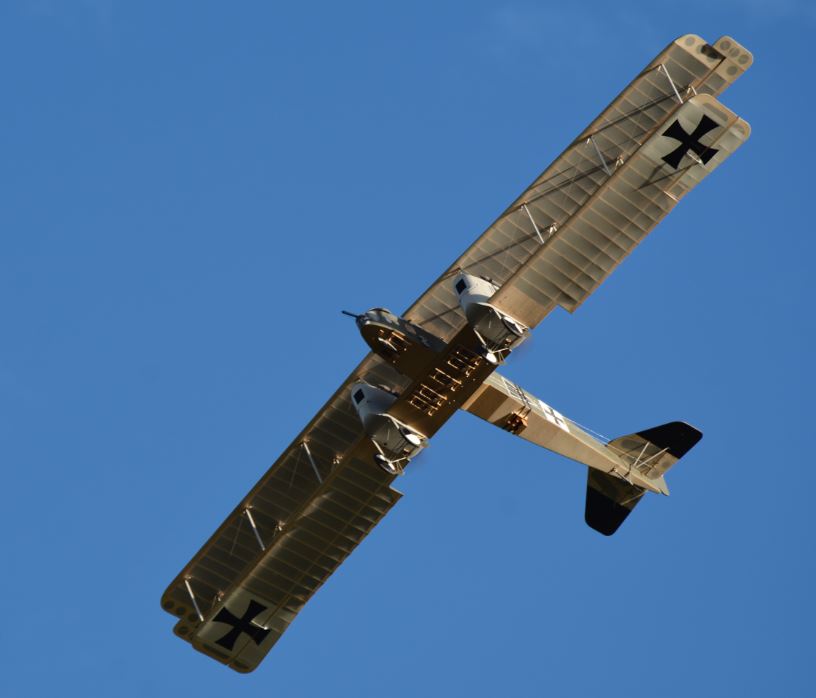 The Gotha also carries seven sizable bombs and Greg can release them in three salvos! 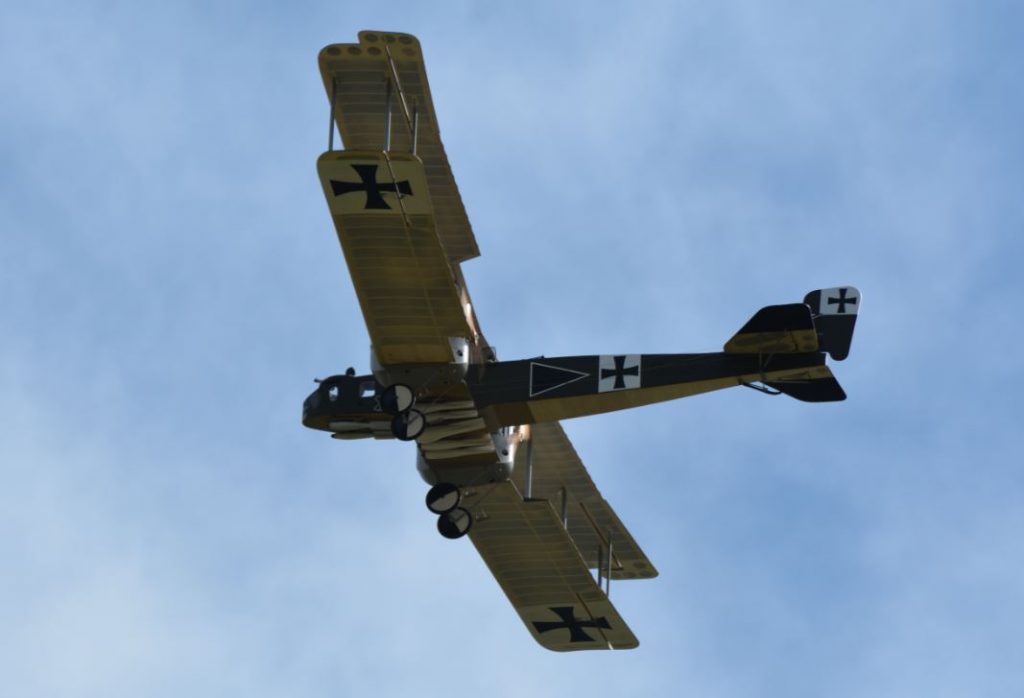 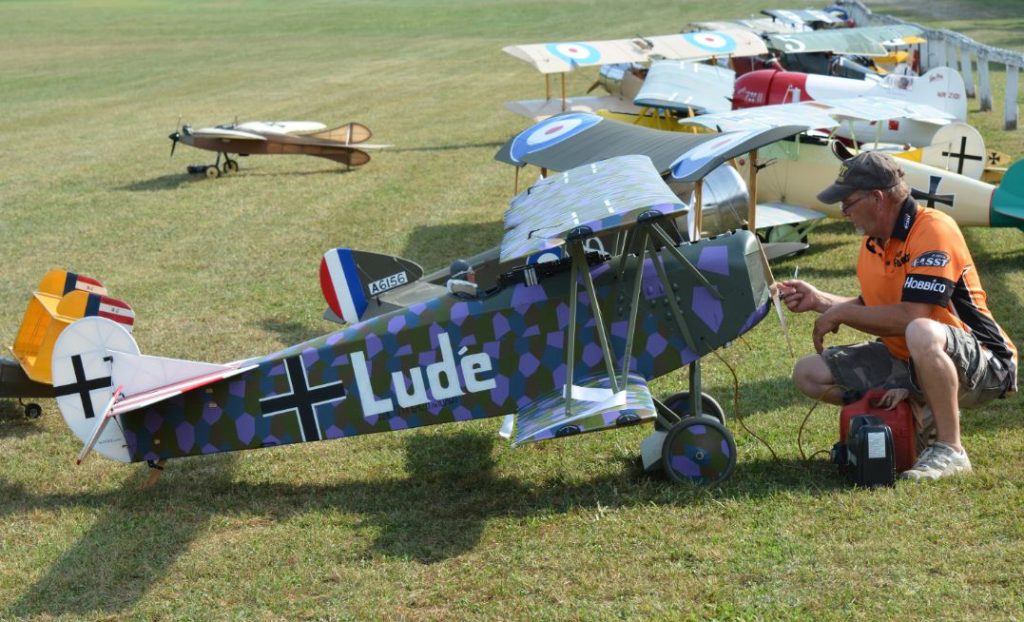 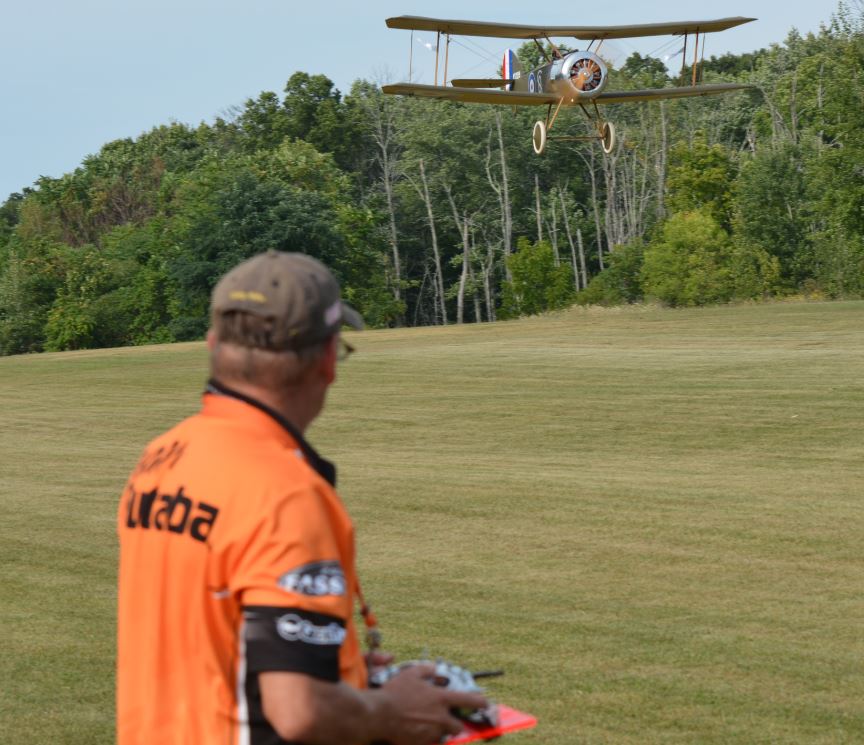