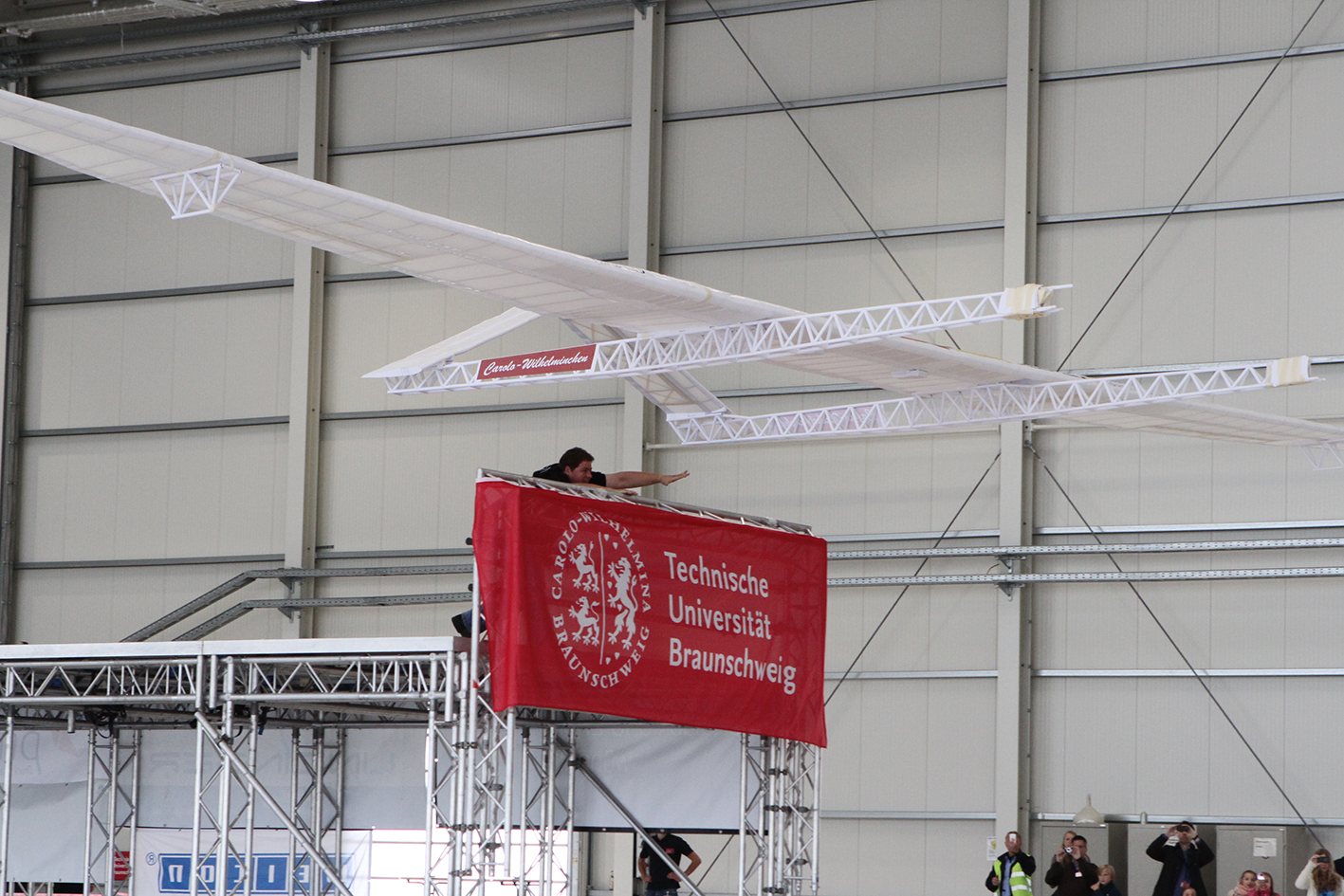 What do you get when you combine 500 bottles of glue, 753 square feet of paper and 200 bottles of superglue? A flight-worthy 54-foot-span paper airplane that’s breaks the world record! The 24-pound aircraft was launched off a 7.2-foot platform and flew for 54 feet, longer than the distance flown by the previous record holder. Because the 14-member team from the University of Technology in Braunschweig, Germany, could not fly the plane first to test it, they stress-tested various parts before final assembly. 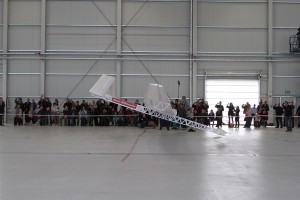 Here’s the scoop from Germany’s “The Local:”

According to the rules of the Guinness World Records, a paper aircraft needs to fly at least 15 metres to qualify, so the engineering challenge was to build a craft as large as possible whilst still aerodynamic enough to fly the distance. The Braunschweig team’s plane not only surpassed that threshold with an 18-metre flight, it smashed the record for a paper plane’s wingspan.  With an 18-metre wingspan, it took the accolade off the previous record holders, the Delft University of Technology in Netherlands, by four metres. Their record was set in 1995. 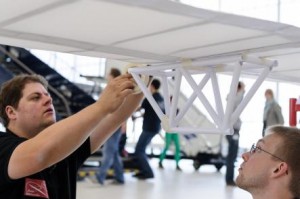 The team, including nine university students, four members of staff and one school student, had been working on the record-breaking bid for months. They had a set-back in November, however, when the prototype’s wing snapped off before they could launch it.

The launch was a tense moment for the whole team: “We were all really excited and then suddenly broke into cheering,” said university spokesman Elisabeth Hoffmann.  Better still, for the team members, the record-breaking project counted towards their degrees: “In engineering degrees, students sit tests in which they have to build special structures out of paper and glue”, Hoffmann explained, calling the project “pure engineering excellence”. 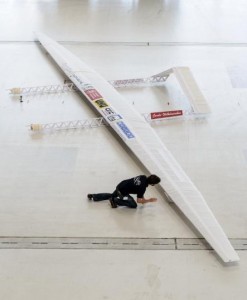