This past weekend, editor Gerry Yarrish flew backseat in Nick Ziroli Jr.’s beautiful AT-6 Texan during formation flight training. Based at the American Airpower Museum at the Republic Airport in Farmingdale, the flight was flown over the Long Island Sound. Nick flew with Craig Sampson during the training. 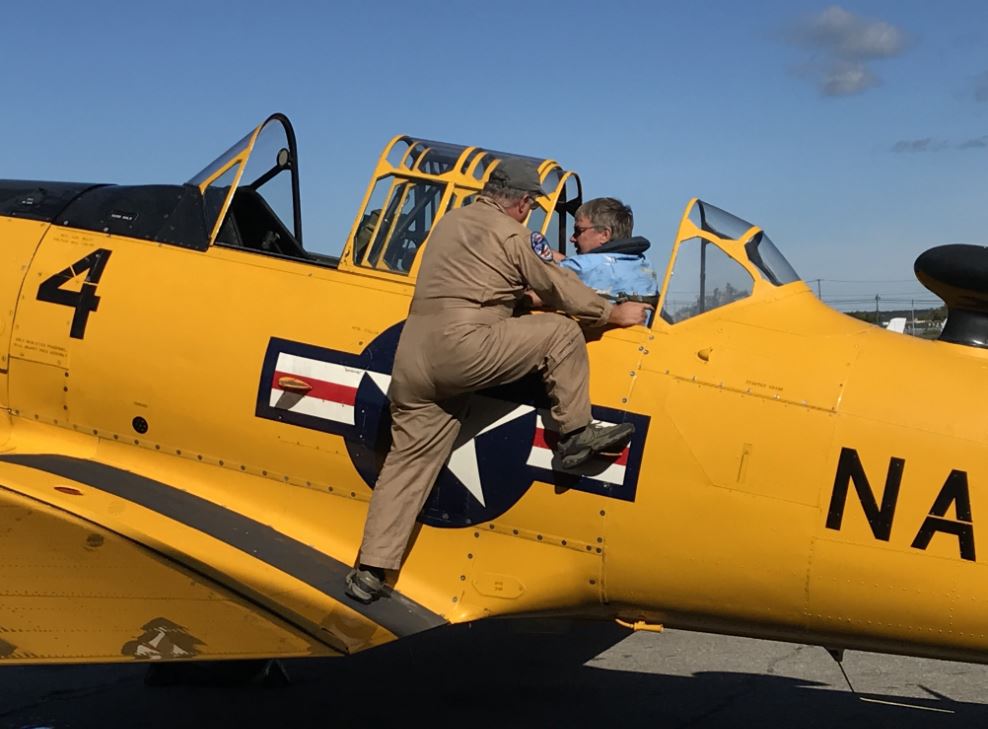 Nick gets Gerry all tucked and strapped into the backseat. There is a certain way you get into a Texan, and it takes some time.

Nick puts on his flotation ring . Since the flight would be over Long Island Sound, this is a requirement for both pilot and passenger. 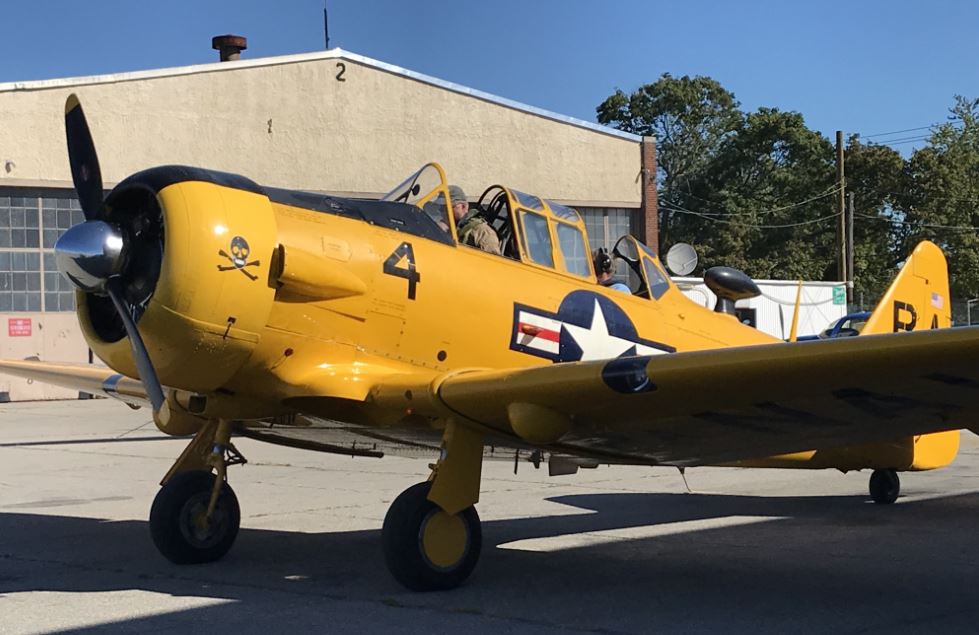 Nick gets ready to crank up the engine! 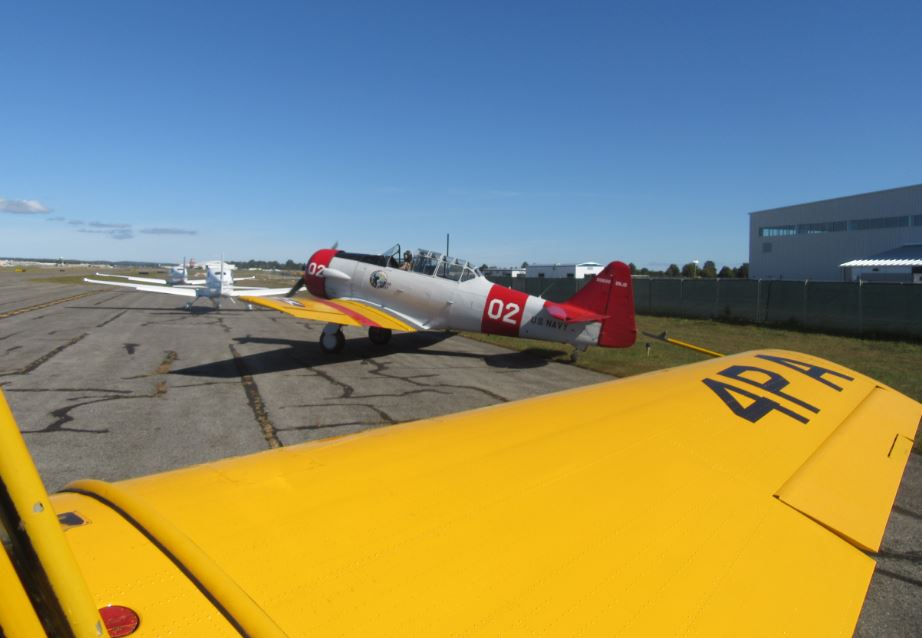 Controls and Mag checks OK, and both Texans are ready to go! 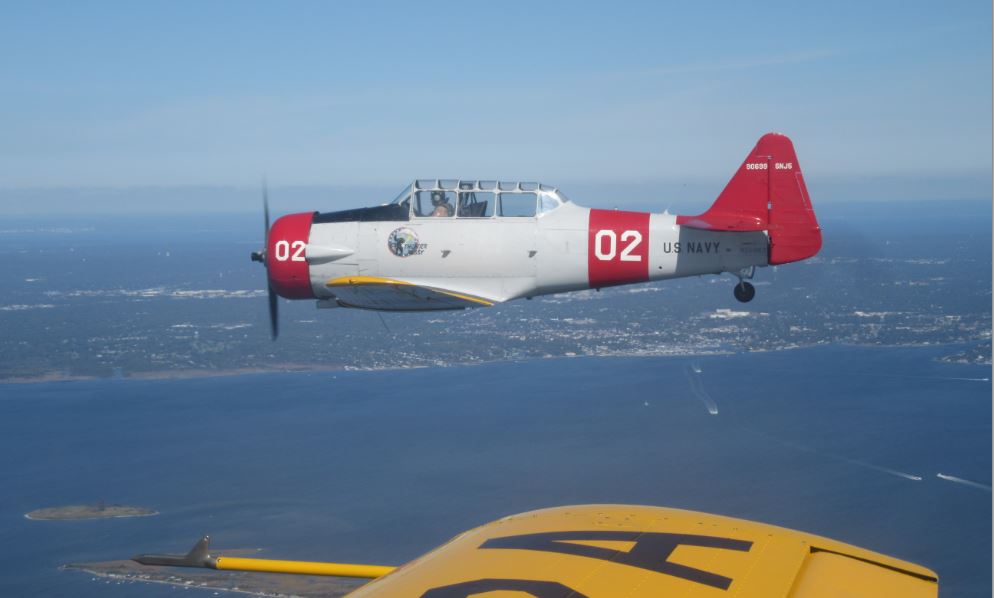 The half hour flight included station keeping, and close-in tight formations and maneuvers like 360-degree and 180-degree turns, tight 45 degree bank turns, as well as Lazy Eights and hard breakaways. 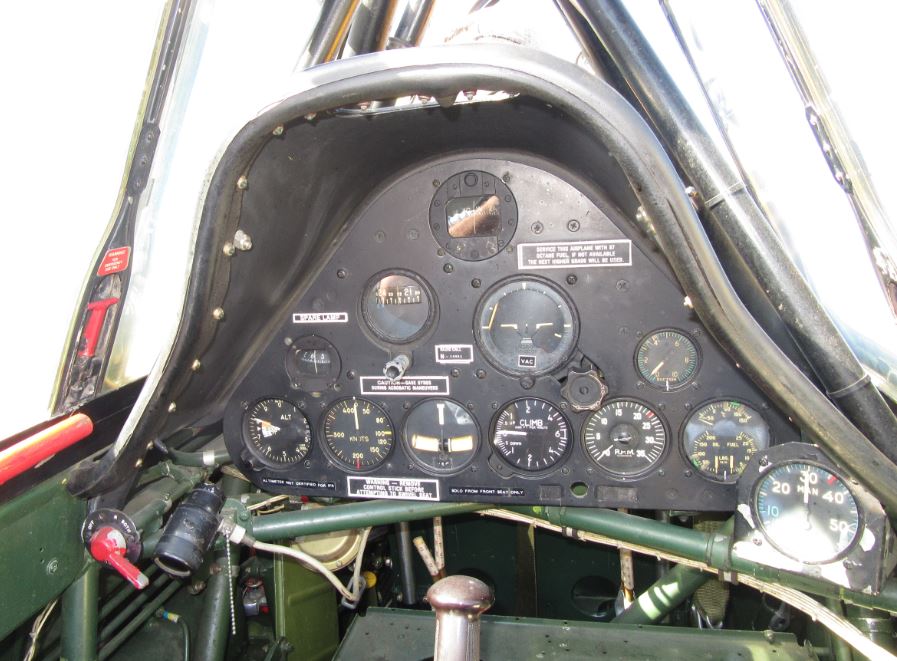 Forward view from the back seat. 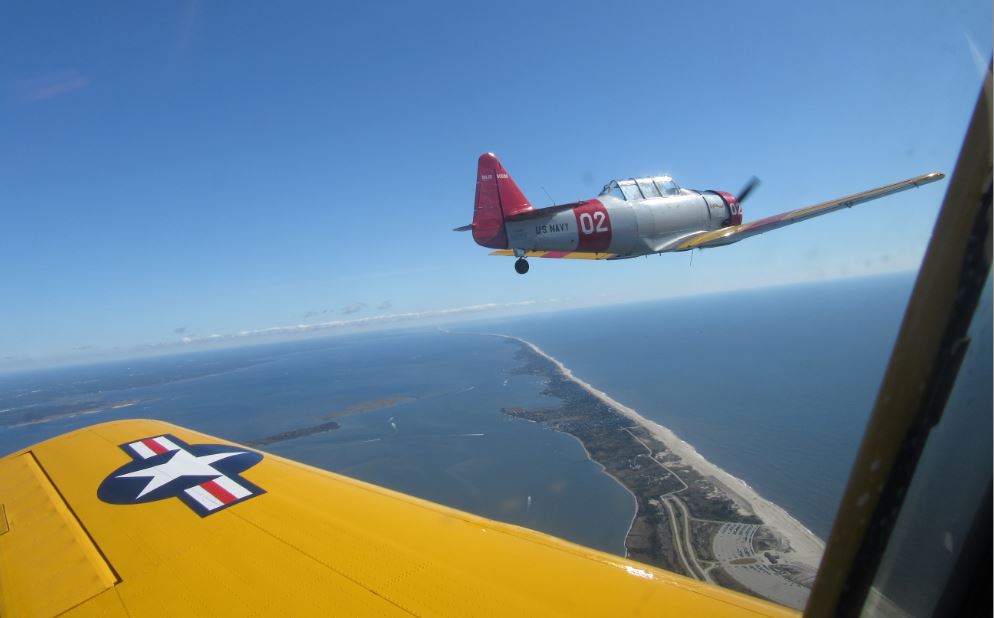 Gerry says, even though it was a glorious day and there wasn’t a cloud in sight, at the end of the flight, he was “well rung out”! The maneuvers were not overly aggressive, but the higher than normal Gs had Gerry ready to land and start bragging about his experience. No barf bag required!