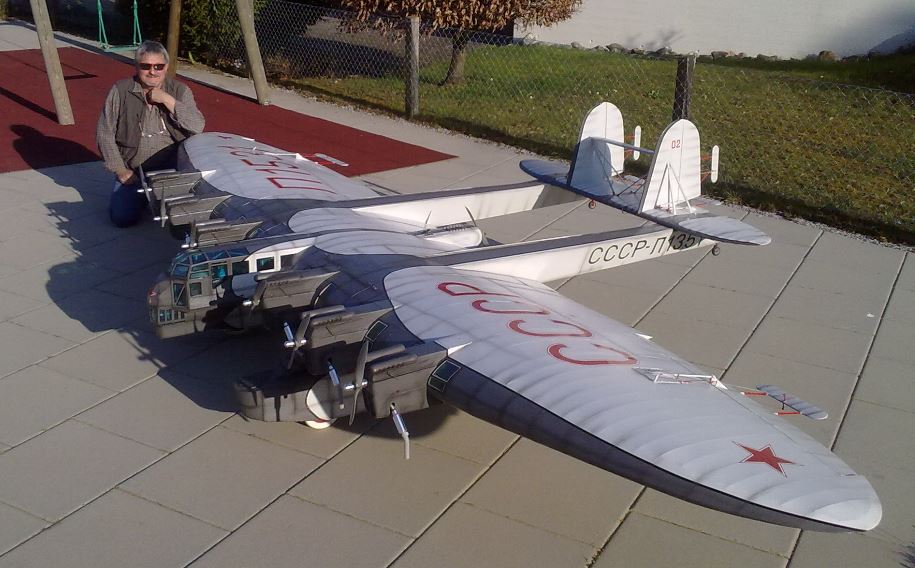 If you like flying really big, unique aircraft, then this 16-foot-span Kalinin K-7 might be just what you’re looking for! With a wingspan close to that of a B-52, only one full-size K-7 was ever built, and it crashed after seven flights due to a tail boom structural failure, so it’s doubtful you’ll run into another RC version at the next giant-scale fly-in. With six 15cc ASP gas engines and an electric pusher motor, the 99-pound model has plenty of power. Built up from wood, it’s also equipped with 16 servos, brakes, and steerable nose wheels and can be disassembled into six modules for easier transport. Built by Rainer Mattle, this unusual aircraft can be yours for around $14,000 (shipping from Switzerland not included) … check it out at www.antik-dream-model.com.  Thanks to Thomas Minder for taking a video of this monster model at the recent Kulmer Air Show in Switzerland and sharing it on YouTube!