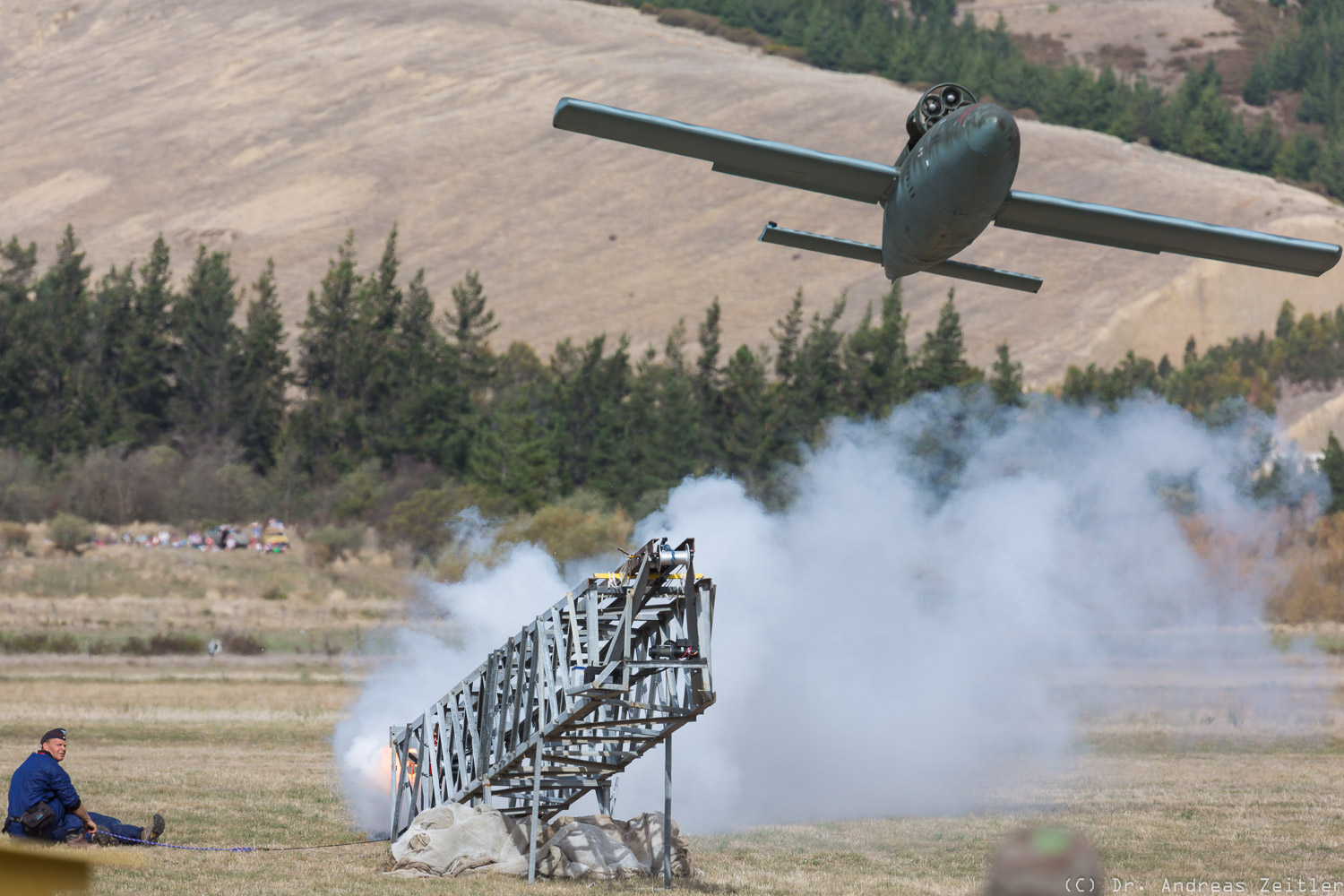 The bi-annual  Classic Fighters airshow in Omaka, New Zealand, re-enacts the exploits of WW II New Zealand forces attacking a German V1 rocket site in Egypt, and this 80%-scale, RC “b uzz bomb” was one of the stars of the show! Built by a large team over six months, the nearly 200-pound “Doodlebug” is powered by five electric ducted fans using 10, 5000mAh 6S LiPo packs. The scale launcher thrusts the model into the air with 3Gs of force! Thanks to Greg Alderman for sharing these pics on Facebook and to YouTube’s Ourvideoworks for posting the video.