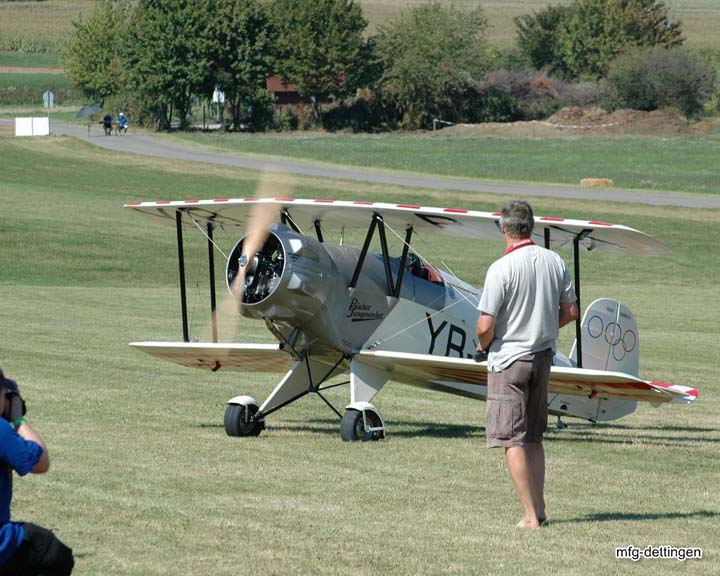 Who remembers this one? If you like giant scale, check out Helmut Müller’s 85% scratch-built Bücker, it looks like it could carry a small person! Without FAA restrictions, this European Biplane has a 17.5-foot-span, weighs in at 286 pounds and is powered by a Hirth 521cc 2-stroke (ultralight engine) turning a Fiala 60 x 20 wood propeller. The model uses industrial-quality Tonegawa Seiko servos, a redundant radio system and a dual-ignition starter. Helmut glued and sewed the Seconite covering (like that used on some man-carrying planes) that replicates the plane that Romanian captain Alex Papana flew at the Olympic Games in 1936 (the first and last time that flying was an Olympic sport). Thanks go  to YouTube’s RCScaleAirplanes for sharing this great footage from the ICARE Airmeet in Rohrback Les Bitche in France.