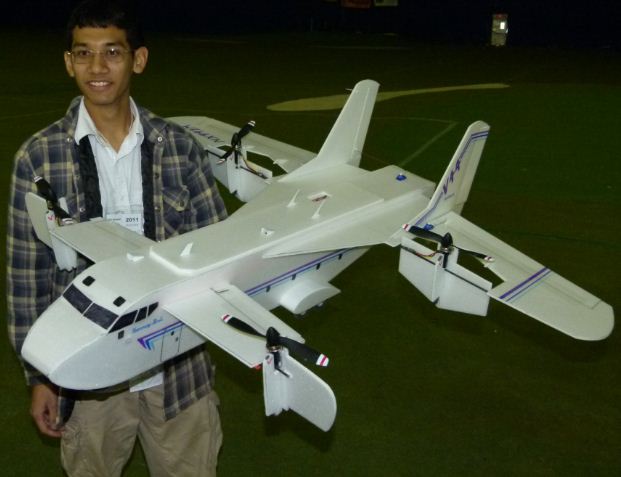 With the rapid improvements in micro electric power systems and the widespread popularity of foam 3D planes, indoor flying events have become more and more popular.  These fun events offer a chance to fly and socialize during the cold winter months, and the JR Indoor in Columbus, OHis one of the biggest and best.  Renowned scale jet pilot Terry Nitsch directs this event which strikes a nice balance between interesting flight displays, fun competitions, and lots and lots of open flying.  If you don’t get your fill of flying at JR Indoor, it’s your own fault!

JR Indoor is held in Columbus’ cavernous Four Seasons Golf Dome.  Rarely do indoor events offer this much space, and Terry and his team have evolved a floor layout that allows the most efficient use of all that room.  The main flightline offers both a smooth plastic runway and “SpektrumLake”, a portable pond for float planes.  One side wall of the dome is reserved for 3D, and the other for micro models.  With all this space and the nearly universal use of 2.4 gig radios, you can fly almost whenever you want.

Now, you may think that it’s hard to fill a three-day event with indoor flying, but the organizers throw in lots of fun extras to keep things interesting.  Throughout the weekend there are times blocked out for jets and helis, and “Monster Minutes” for giant scale slo-fly models.  This year’s event also featured a “winner takes the pot” combat competition and one-design pylon racing with ParkZone Polecats supplied by Horizon Hobbies.

This year’s event drew 213 registered pilots, and they came to FLY.  At times where would be two to three dozen airplanes in the air, and yet with the large space and a little care on the part of the pilots mid-airs were remarkably rare.

Major sponsors included Horizon Hobbies, Spektrum, ParkZone, E-Flite, HobbyZone, Futaba, Great Planes, ElectriFly, Model Airplane News, Electric Flight and Fly RC.  The various competitions were sponsored by Zap, and the competition was stiff.
Following is a sampling of some noteworthy models from this year’s event.  This hardly scratches the surfaces, as there were over 1,000 models flying and on display.  If you haven’t been to this event, start making plans for next year.    PHOTOS AND TEXT BY JIM RYAN 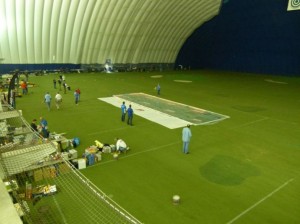 The Four Seasons Golf Dome offers a cavernous flying space.  The main flightline features a smooth coroplast runway and “SpektrumLake” for float flying.  The side walls of the dome offer space for 3D and micro flying. 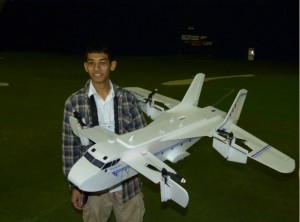 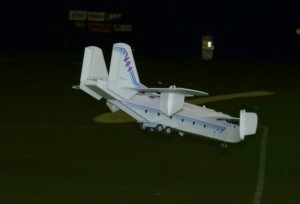 The awards for Best Original Design and Pilot’s Choice both went to Peter Sripol’s outstanding tilt-prop V/STOL.  Peter’s “V-44” is built from 3 and 6mm depron, and flight stabilization is based on the internal components from a Nintendo Wii “Nunchuk” controller!  Control of the tilt-props is via a simple toggle switch, and the aerobatic V-44 did countless smooth transitions from hovering to forward flight. 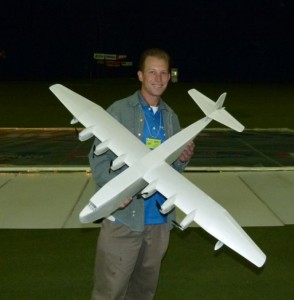 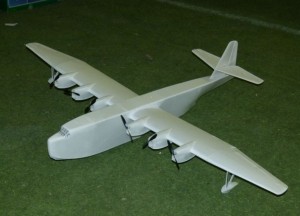 Horizon Hobbies’ Matt Andren crafted this beautiful rendition of the Blohm & Voss BV 238 flying boat from depron sheet and powered it with 6 ParkZone power systems.  The flight performance is slow and graceful, and Matt did endless touch and goes. 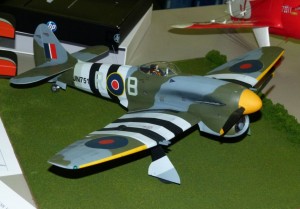 How’s this for Micro Scale?  Matt Andren won the Best Scale category with this awesome Hawker Tempest.  The 20” span Tempest is modified from a Westwings rubber FF kit and features full-house control plus flaps and retracts! 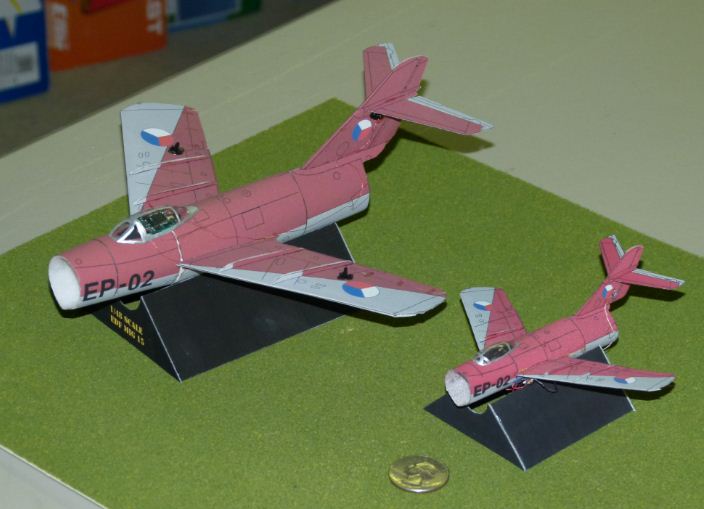 Just when you think he can’t top his last effort Joe Malinchak surprises you again.  Joe won Best Jet with this tiny 4.4” span MiG-15.  Joe’s “Micro MiG” weighs just 1.8 grams and is powered by a single-phase brushless motor spinning a 15mm fan.  Like many of Joe’s micro creations, the MiG is made from Durabatics foam, which he runs through his inkjet printer. 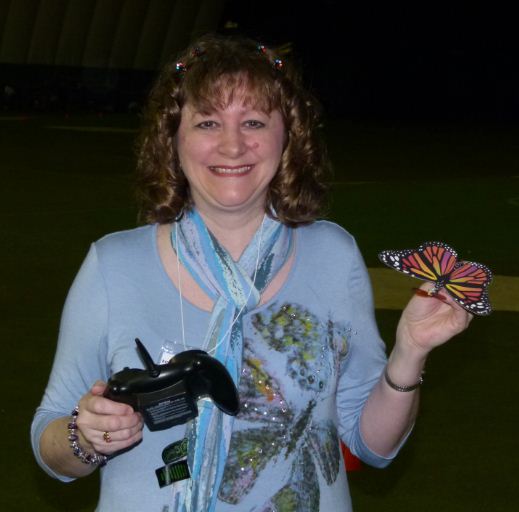 This spectacular Dunne DVIII is the work of Ken Carchietta of Staten Island.  Ken’s 48” model of this rare pre-WWI tailless biplane is traditional balsa and tissue construction, weighs 12 ½ ounces and flies beautifully on 800-3S power. 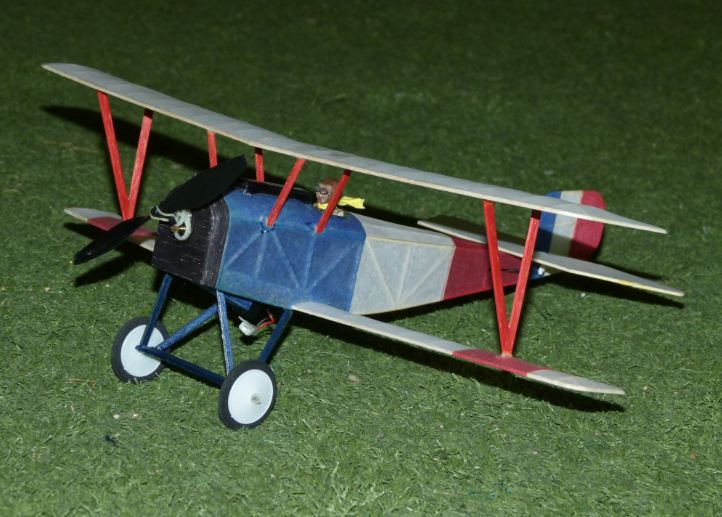 Robert Hinchliff ofBellville,MIbuilt this 15” Nieuport from Walt Mooney plans ordered from the AMA plans service.  Robert had crashed his ParkZone P-51, so he decided to built this little beauty to give the hardware a home.  This is a popular trend with foam micro ARFs; after the airframe is gone, the nifty hardware can live on in a scratch-built creation. 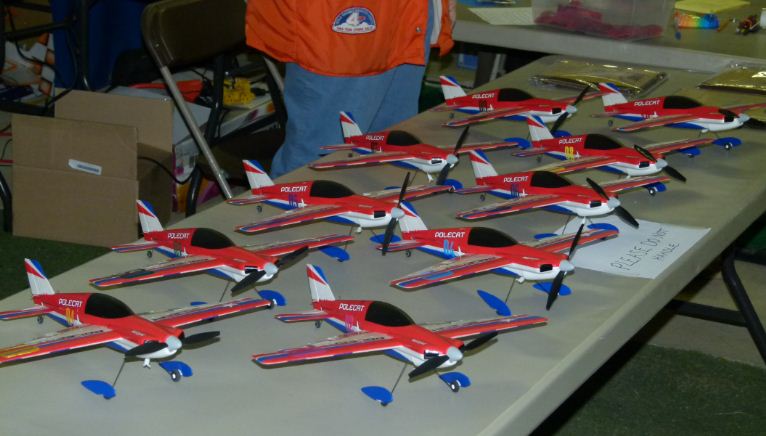 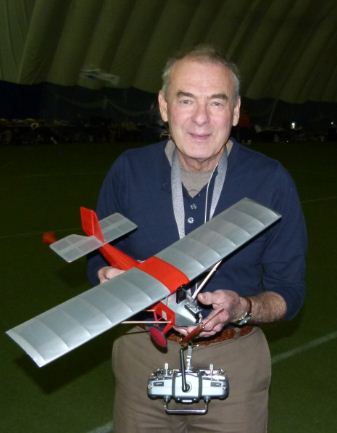 Lance McDowell ofYorktown,VAwas proud as could be of his sharp little Pietenpol Air Camper, built from the Stevens Aeromodel kit.  The 24” span model is controlled by a Spektrum “brick” flight pack.