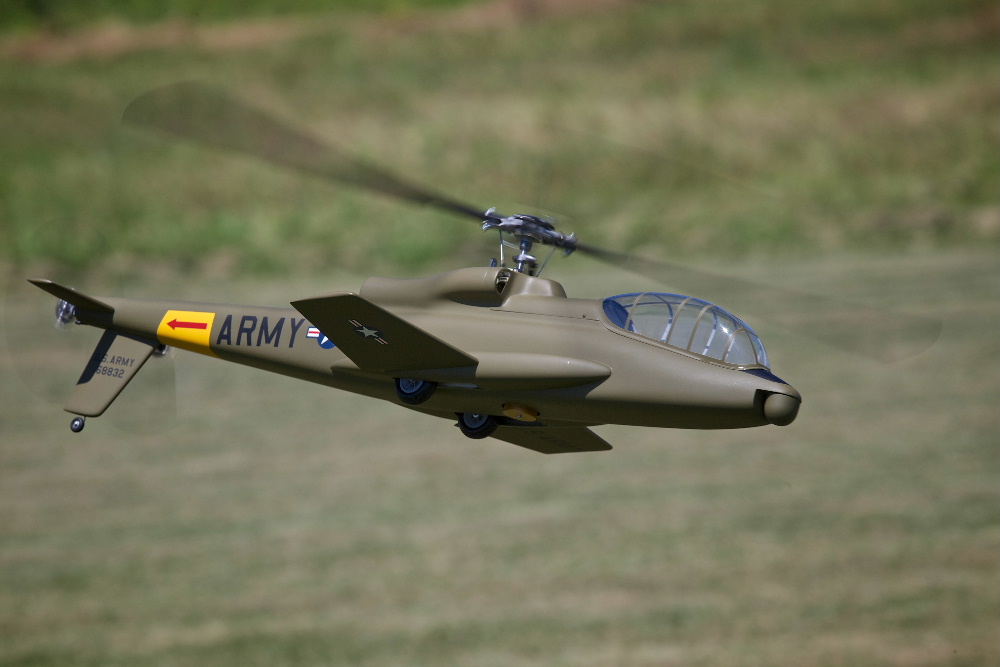 A few years back I designed a scale model of the Lockheed AH-56 Cheyenne, probably my favorite helicopter of all time.  The experimental Cheyenne featured a variable-pitch pusher prop and small wings, which allowed it to fly much like an airplane and gave it a top speed of nearly 250 MPH.  My Cheyenne was based on Align T-Rex 450 hardware, with many customized components to allow it to fit in the slender fiberglass fuselage.  The project turned out really well, and I was particularly honored that this little model was awarded first place in the helicopter class at the 2011 Toledo Weak Signals show.  My only regret for the Cheyenne was that I didn’t make it bigger.  This year I decided it was time to do something about that.

For my larger Cheyenne I’ve settled on Blade 600 X mechanics, “stretched” to 700 size with a longer tail boom and 690mm blades.  This will result in a 1/10 scale model 65″ long.  As the preliminary line drawing shows, this machine is going to dwarf the previous version.

I drew the fuselage for the Cheyenne in Rhino 3D, which allows me to verify fit for all components.  This 3D model will be used to machine a foam plug, which will then be glassed, finished and waxed so that it can be the master for a female fiberglass mold. 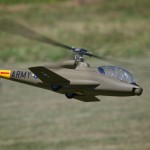 Here’s the 450 size Cheyenne at the 2013 MidAm Electric Fly. Photo by John Kauk. 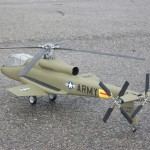 The Cheyenne’s most notable feature was the variable-pitch pusher prop. This and the small wings allowed the AH-56 to fly much like an airplane, hitting speeds up to 250MPH. 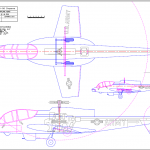 As the preliminary CAD drawing shows, the 700-size Cheyenne dwarfs my earlier 450 version. 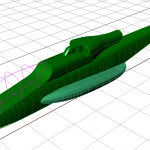 The scale airframe is certainly the star of any scale build, but on a project like the Cheyenne my first priority was to get the mechanics built and test flown.  After all, the complex tail unit, with its outrigger tail rotor and variable-pitch pusher prop, is the key to the entire project, so that’s a natural place to start.  So let’s set the body aside for now and move on to the mechanics….