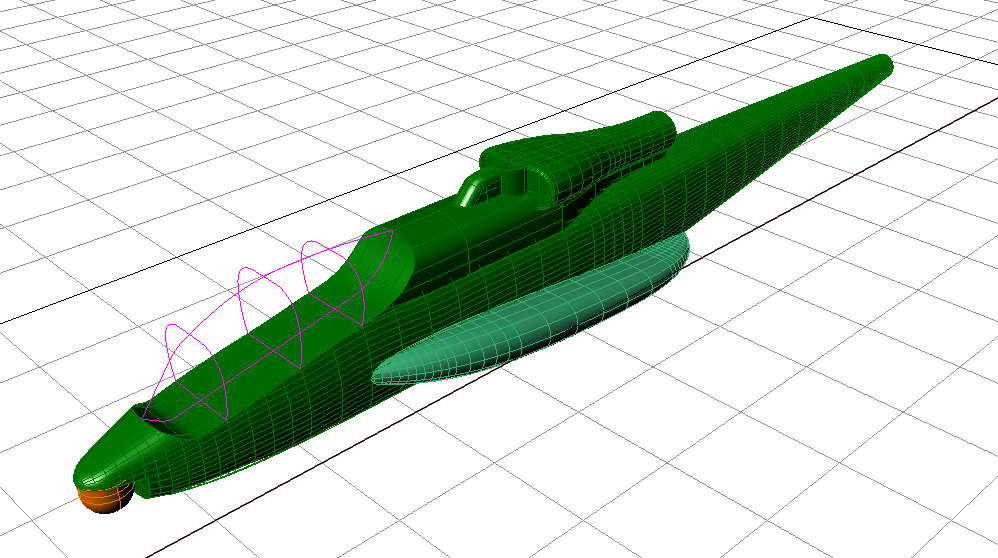 This installment continues construction of my 700-size AH-56 Cheyenne, which began here.

After a break to pursue some other projects, I’m back to work on the 700 size Cheyenne.  The next step was making the plug which I’d use to lay up the female mold for the fiberglass fuselage.  As noted in the first installment of this build blog, the body was drawn in Rhino 3D so that the plug could be CNC machined.

This 3D model was used to produce tool paths using MasterCAM.  Then the plug was CNC machined from blocks of medium-density urethane foam using a Haas VF-4 CNC machine.  Here’s a video showing the steps in the CNC machining process:

The finished blocks are silky-smooth and ready for joining together.  I’ll be installing some internal support ribs to make sure the beautiful plug isn’t damaged while it’s being glassed and finished. 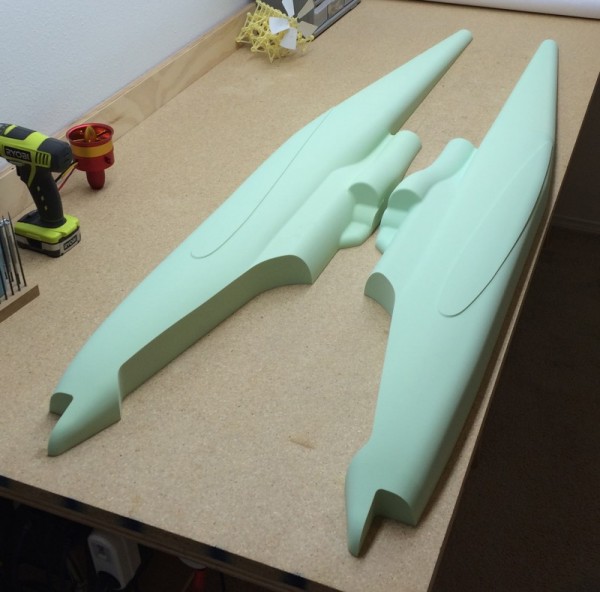 The next step will be minor sanding in a few spots, and then I can glass the plug.