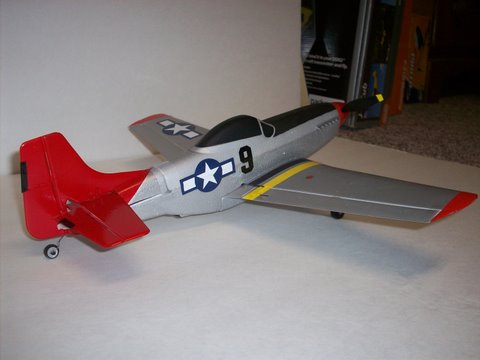 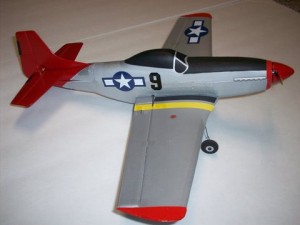 I got some images of this great looking Red Tail Mustang from Rick Steinport along with this little note:

I have just finished rebuilding my Parkzone Micro P-51 and making it into a Tuskegee flyer.  The tail was taped off and sprayed  as was the nose cone for the prop. The red was a Krylon Short Cuts spray paint. I like the paint as it is foam safe.The red behind the prop is painted with Testers red and done by hand with a brush..The red and yellow on the wing was cut from sheets of trim.The February 2012 issue of Model Airplane news had just showed up as I was finishing my project up.

Thanks for the time 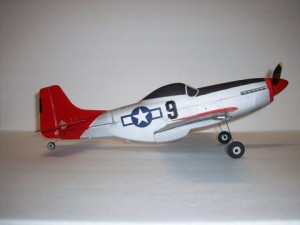 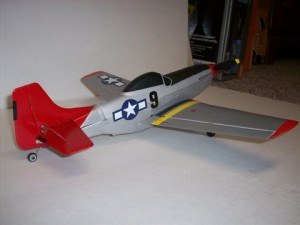