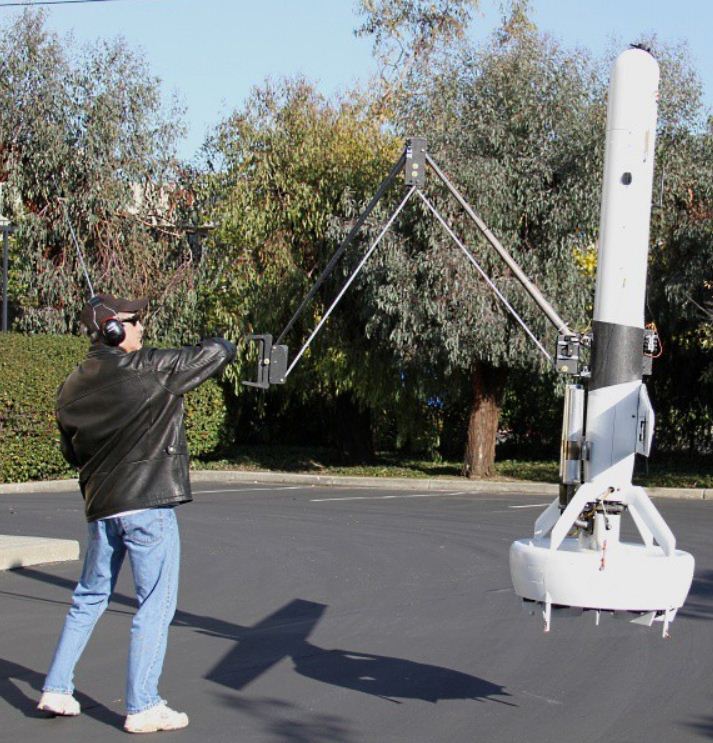 DARPA just announced that they’ve successfully flown a UAV that’s equipped with a functioning robotic “arm”! In its stock configuration, the MLB V-Bat can take off, fly horizontally and then hover, tail-down, at its destination. Now equipped with the “arm,” it can move objects while hovering!

Here’s the scoop from Gizmag‘s Ben Coxworth: “The DARPA team added a folding robotic arm to the UAV, along with an inexpensive stereoscopic computer vision system – this incorporated one camera on the end of the arm, and another on the aircraft itself. For the test, a 1-pound (454-gram) payload was attached to a hook on the end of the arm. Using its vision and GPS systems, the V-Bat then autonomously identified a step ladder, which was the object on which it had to place its payload. It proceeded to maneuver itself up alongside the ladder, extended its arm by six feet (1.8 meters), and placed the payload on the ladder. ‘Our goal with the UAV payload emplacement demonstration was to show we could quickly develop and integrate the right technology to make this work,’ said DARPA program manager Dan Pratt. ‘The success of the demonstration further enables the capabilities of future autonomous aerial vehicles.’ ” 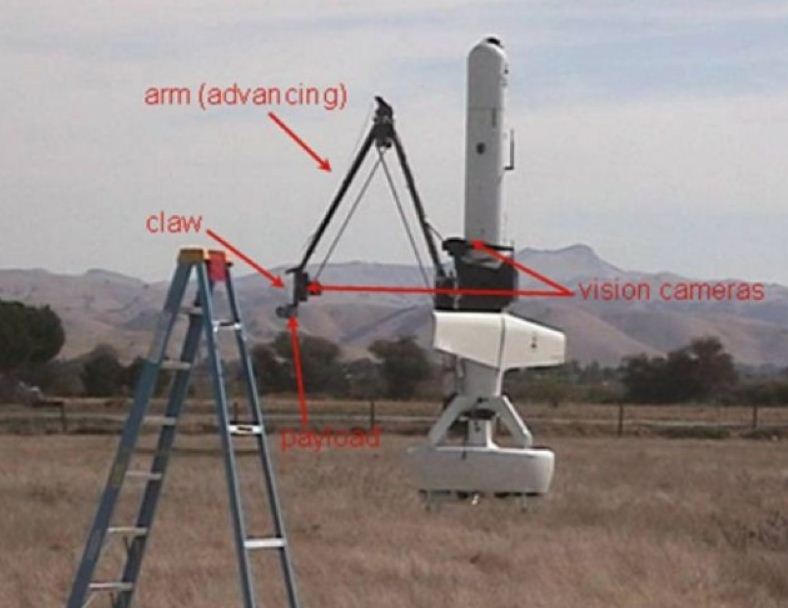