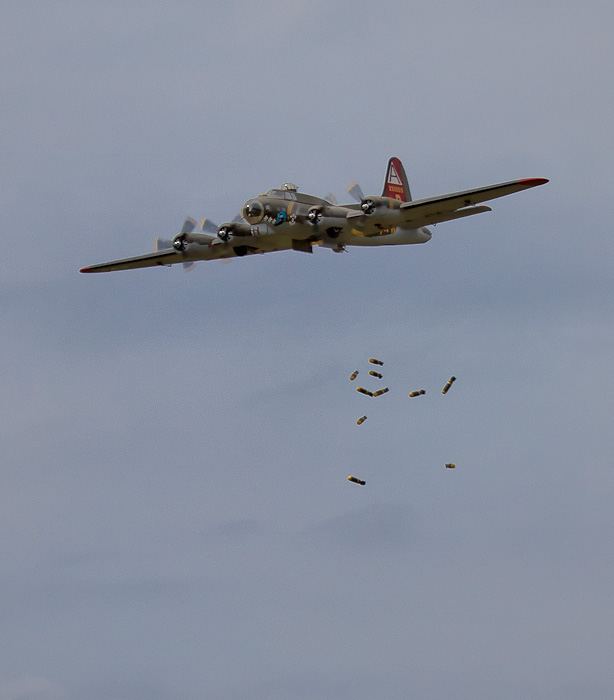 Now what would a bomber be without being able to drop bombs, so that is why Trent Wilhelm added them to this scratch built B-17 Bomber. Now dropping a load of bombs take some time to figure out and Trent came up with a bomb bay that has two built –up slots so that the bombs can be stacks on top of each other. One switch on his transmitter opens the bomb bay doors and the other controls a servo that releases all of the bombs.  Now his bombardier Tommy Goodwin did an excellent job of dropping the bombs right on target, making it easy to pick them up.