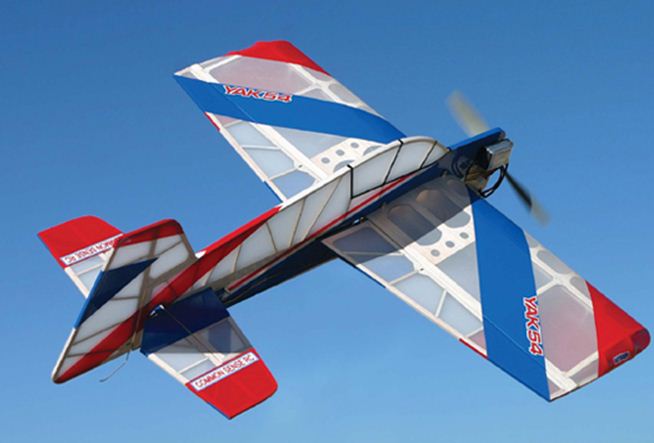 For years, depending on the model setup, modelers often used offset servo output arms and bellcranks to achieve differential aileron movement. Today, however, using separate aileron servos and the aileron differential program menu in your computer radio has greatly simplified the task. But before we take a closer look, let’s first check out the mechanics of our model during a turn or a roll to understand why aileron differential is so important.

AERODYNAMICS
Typically, most models are set up with equal amounts of elevator (pitch up and down) and rudder (yaw left and right) control surface movements. But when it comes to ailerons, equal amounts of up and down (roll left and right movement), can cause the model to yaw in the wrong direction. Here’s why: When the ailerons are at their neutral positions, the lift and drag produced by each wing panel is equal and the model tracks straight ahead. But when a model has ailerons that move in equal amounts both up and down, the amount of drag (and lift) created by the wing panel with the down aileron becomes greater than the one with the up aileron. The panel with the aileron pointing downward moves up because it creates more lift. The opposite panel goes down (less lift) and causes the model to back toward the up aileron. But here’s the rub! Because of the increased drag caused by the upward motion, that down aileron wing panel also slows down; this causes the model’s nose to yaw in the opposite direction of the roll. The model yaws nose right in a left-hand bank/turn. This condition is known as adverse yaw. Without aileron differential, most airplanes require a certain amount of coordinated rudder to prevent, or at least minimize, adverse yaw while the model is banking through a turn. For sport and scale planes, this can be done manually or with a program mix-however, it won’t work in all types of flight conditions.

HIGH-PERFORMANCE PLANES
This adverse yaw thing is also an important consideration while flying aerobatic planes. Aerobatic pilots need to set up their models to react in pure yaw, roll and pitch motions. During a roll (whether it’s executed on a horizontal or vertical line), the model must roll axially without its nose yawing or wandering off the straight line of flight. Aileron differential helps keep the model’s tracking straight.

YOUR MODEL IS EXPERIENCING ADVERSE YAW IF:
The model skids through turns.
The tail drops during a turn.
The nose swings out of the turn.
It’s very difficult to roll your model in a straight line.

Even with high-speed jets and race planes, correcting adverse yaw with aileron differential is much better than relying only on coordinated rudder mixing. If speed is the ultimate goal, then minimizing drag is key. Less rudder deflection equals less drag. Fine-tuning your model for maximum performance is easier if you know what to look for and how to correct it. If you can’t use coordinated rudder to correct adverse yaw, then aileron differential is the way to go. Using your radio’s programming is the easiest way to get the job done.

HOW TO USE A PROGRAM MENU
>  Install dual aileron servos. One connected to the aileron receiver port and the other in the Aux.1 port. Make sure the aileron servo moves in the proper direction.
> Activate the flaperon wing type or, depending on your radio system, the dual aileron function.  Install and connect the ailerons and control linkages.
> Start with 30% to 40% differential (down aileron 30 or 40% less than up).
> If differential mix is backwards (more down than up), reverse the servo connections by switching the aileron and Aux. 1 servo leads.
>Adjust the differential percentage after flying the model. Land the model before making adjustments and test fly again.