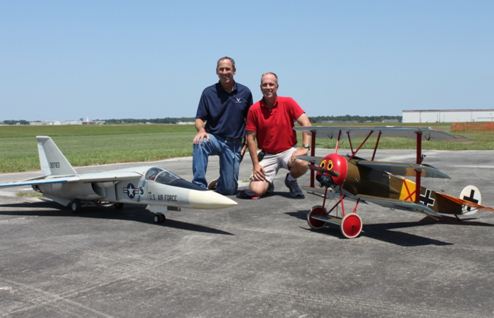 I learned that that my commander, General Raymond John,s was competing in my class at Top Gun, I couldn’t resist introducing himself to the General.  I’m a reservist and  had just returned only ten days prior to the competition from a voluntary 30 day deployment overseas to Japan, where I worked  operation Tomodachi, providing command and control of critical heavy airlift for humanitarian relief for the Japanese people.

General Johns was very grateful that I stepped up and volunteered for this short notice deployment.  I had some fun and let the General know in spite of the deployment leaving me little time to prepare for the competition I was going to give him a run for his money.  Unfortunately due to some aircraft issues and my lack of experience flying the Fokker I ground looped it on takeoff.  Discretion being the better part of valor I decided to withdraw from the competition to come back and fight another day.

In the Air Force spirit to fly, fight and win I came to the aid of another team and good friends Erbesfeld/Fairchiled who were flying a 1/3 scale Sopwith Camel.  The Camel received the top Static score of the event with General Johns only 15 thousands of a point behind, the fight was on!  The only problem was Ransom “The Camel Jockey” Fairchild was unable to attend the competition due to a family obligation.  Tapping one of his General Aviation friends Koenig had Fairchild flown in to Lakeland from Boca Raton Fl just in time for Fairchild to fly the second round.  Having missed the first round Fairchild was under pressure to make the next three rounds count.  In spite of his superb flying skills Fairchild was handicapped by the fact that he was flying the Camel a WW I airplane against the F-111. In the end General Johns flew four strong rounds and finished a very respectable 2nd place to team Erbesfeld/Fairchild’s 5th place.

I will be back next year without excuses, unless General Johns sends meon another deployment. We look forward to some friendly competition!