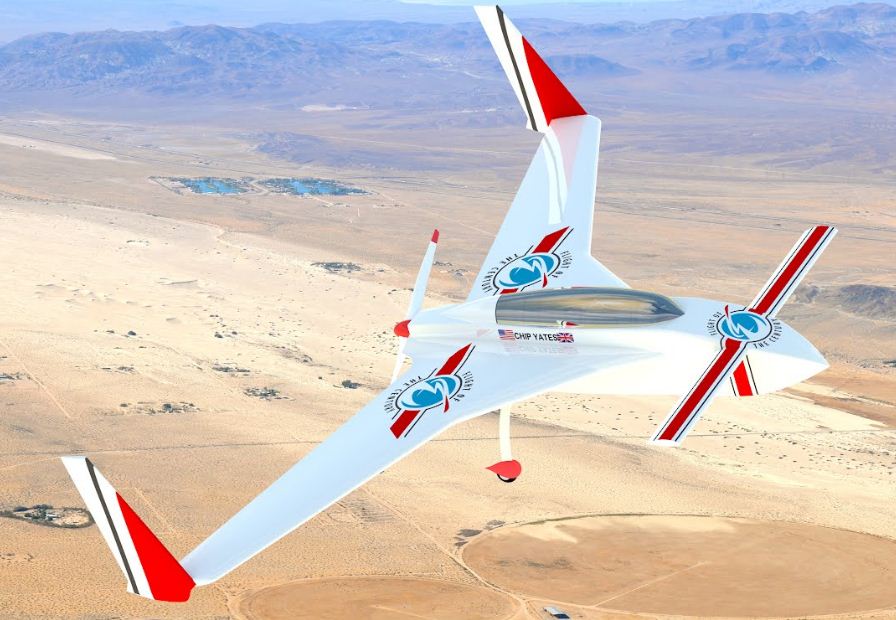 A new aerospace company, Flight of the Century. is planning to build and fly an electric plane that can fly indefinitely! See text in red about how they intend to make the battery last longer. Interesting stuff!

Orange County, California, May 10, 2012—-American electric vehicle pioneer Chip Yates and his team of record-breaking engineers who created and raced the World’s Fastest Electric Motorcycle today announced the formation of a new aerospace company, Flight of the Century, Inc. with a website at www.flightofthecentury.com

The company has been founded to develop, fly, and commercialize a recently filed worldwide patent (61/618,482) that enables electric aircraft to remain aloft indefinitely.

Flight of the Century (FOTC) Founder Chip Yates presented the technology at NASA’s Ames Research Center on March 31, 2012 as part of the Conrad Foundation’s Spirit of Innovation Summit.

Once depleted, a docked UAV battery pack is jettisoned away from the mothership and autonomously glides down to a ground or ocean-base collection and recharge station.

For infinite range electric flight, a replacement UAV battery pack is launched and is either hard or soft docked to the still flying mothership.

For missions where re-docking is not practical, the FOTC team is also commercializing its patent-pending Jettison & Balance System™ (JBS) that dramatically extends the flight range of today’s electric airplanes as follows:

An immediate 40% range increase is realized through weight reduction by configuring an electric airplane’s battery pack into two parts, and jettisoning one of them with a steerable parachute over a collection and recharge zone during the first half of a flight.  The remaining pack is rebalanced to maintain aircraft center of gravity.

Moreover, a 90% range increase is realized by splitting a battery pack into more segments and making periodic drop/rebalance operations as each segment is depleted sequentially.  Executing ten such drops during a flight nearly doubles the total range due to the massive weight reduction from jettisoning dead packs.

“Our approach to solving the problem of poor range for electric aircraft is fundamentally different because our systems dramatically extend range without relying upon promises of future battery improvements.  We believe our technology, and especially our JBS product, represents a near-term breakthrough that can literally be implemented today,” said Chip Yates.

The company is pursuing commercial and military applications and is in talks with collaboration partners from both areas, with more formal announcements forthcoming.

Flight of the Century engineers are also continuing the world record-breaking legacy of the company with the recent purchase of a Burt Rutan designed Long-EZ aircraft (N158TG) that is currently undergoing an all-electric conversion in the Orange County, California corporate headquarters.  Dubbed the “Long-ESA” for “Electric Speed & Altitude”, the 258 horsepower composite aircraft is scheduled for flight testing in July, 2012 followed by manned world record attempts for highest altitude and fastest top speed for electric airplanes.

“It’s exciting to be a part of the next big breakthrough in alternative fuel aircraft technology, while also extending the legacy of the Rutan Long-EZ,” said FOTC Aerospace Engineer John Kolaczynski.