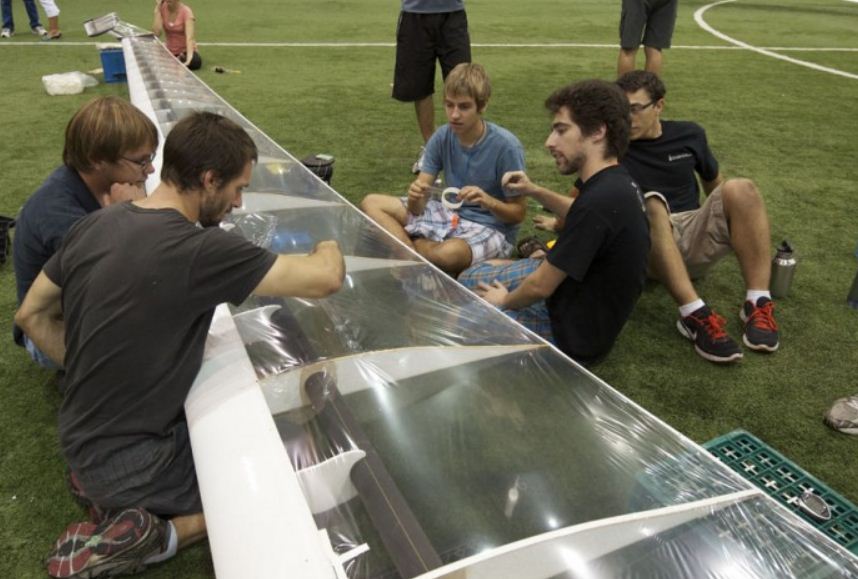 There’s another contender for the $250,000 Sikorsky Prize for the first human-powered helicopter! Enter Atlas, from AeroVelo. This machine has successfully flown and seems to be giving the University of Maryland team’s Gamera II a run for the money. Gizmag’s James Holloway writes, “Fundamentally, Atlas is designed upon a very similar principle to Gamera II and its predecessor. They all consist of four twin-blade rotors connected to a lightweight frame, surrounding the pilot who is suspended on a bicycle-like mechanism that powers the vehicle from its center.

The team went through a taxing period of testing between August 21, when Atlas was assembled in its entirety for the first time, and September 4. The testing period was not without teething trouble and hiccups, including a crash on August 29 that damaged the aircraft. The team also realized that the rotor blades had very limited freedom of movement before bracing lines would be clipped, leading to many test flights being aborted at an early stage. The time made design changes to give the rotors more breathing space, while limiting their vertical movement.

NPR reports that AeroVelo’s Atlas team is a mere eight strong, and has the added frustration of having to disassemble and reassemble the Atlas during every day of testing, due to the limited availability of the indoor soccer field used for test flights.”

Stay tuned for more developments in this race for fame and fortune! 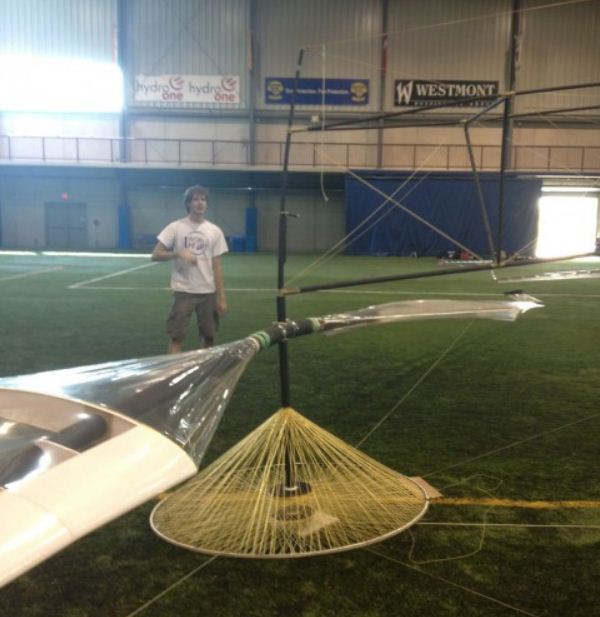