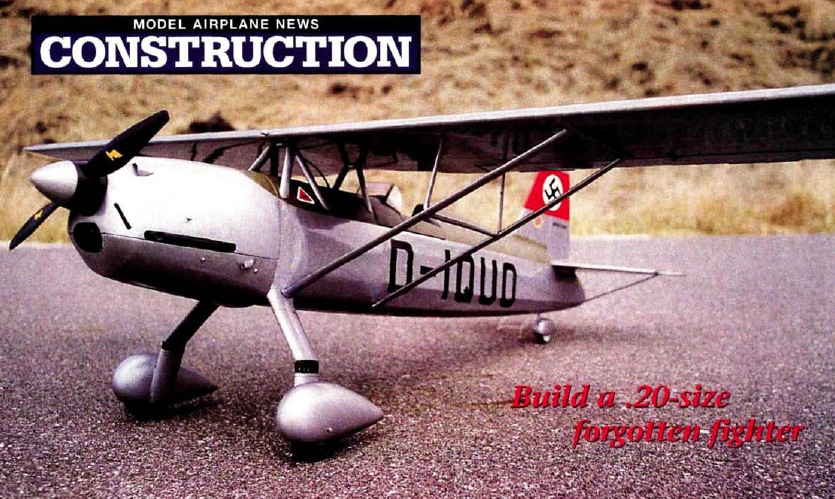 THE SEPTEMBER 1938 ISSUE of Model Airplane News contained plans for a 20-inch-span, rubber-pow- . ered Arado 76: “… a new German fighter/ trainer.” I built it, and when .049 glow engines emerged a decade later, I turned it into a Wasp-powered U-control and flew it indoors. It was a crowd pleaser—especially when it landed, and I was too dizzy to crawl to it! Because it was a natural for R/C scale, the Arado remained high on my “planes to build again” list. More years passed before I came across a set of 3-views that agreed with my collected photos. Those drawings inspired this small, inexpensive, sheet-balsa R/C version built around a 4-stroke O.S.* .20 and Sig* Smith Mini wheel pants. The R/C Arado is gorgeous and flies even better than the previous versions. On its first flight, it took off from grass and flew 24 low passes for the photographer, with all trims centered. Now it’s a year old and still unscratched.

To continue reading, click the link to open the PDF: X09991 Arado