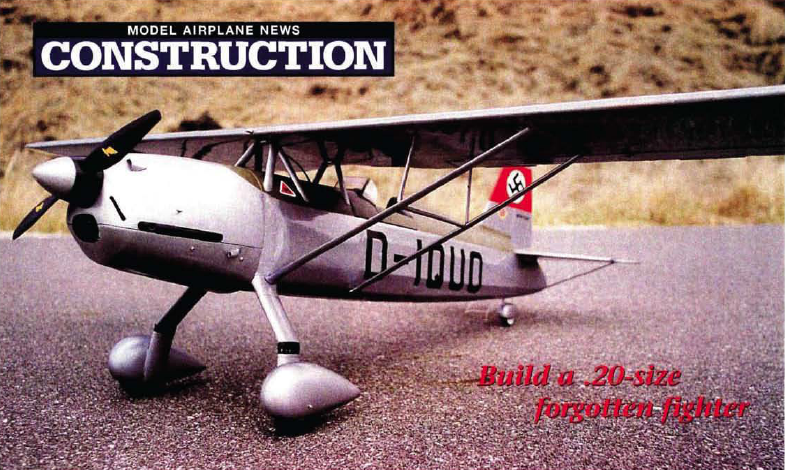 The september 1938 issue of Model Airplane News contained plans for a 20-inch-spam, rubber-powered Arado 76: “…a new German fighter/trainer.” I built it, and when .049 glow engines emerged a decade later, I turned it into a Wasp-powered U-control and flew it indoors. It was a crowd pleaser–especially when it landed, and I was too dizzy to crawl to it! Because it was a natural for R/C scale, the Arado remained high on my “planes to build again” list. More years passed before I came