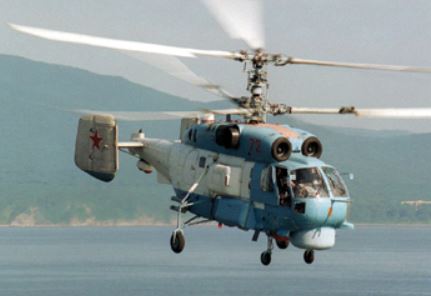 Ask anyone to draw a picture of a helicopter, and in nearly every case they’ll sketch the classic “conventional” configuration with a single main rotor and an anti-torque tail rotor at the end of a long tail boom. This layout hasn’t changed appreciably since Igor Sikorsky clamped down his Homburg hat and lifted his original VS-300 into the air in 1940. Today, the vast majority of helicopters, both full-scale and radio control, use this same basic design. Why is that? While the conventional layout is practical and reliable, the tail rotor imposes a serious penalty in terms of efficiency–about 25%. A 25% drain on power is a huge price to pay on any aircraft, particularly on a helicopter, where available horsepower is at a premium.

Even before the VS-300, heli designers knew that twin-rotor configurations had inherent advantages. With two counter-rotating rotors, torque forces are balanced, so there’s no longer any need for a tail rotor. Not only that, but twin-rotor helis tend to have lower disk loadings, giving a further boost to efficiency. On the downside, twin-rotor helis generally have more complex drivetrains, with nearly all examples requiring some form of synchronization gear to keep the two rotors in sync. There are four different configurations for twin-rotor helicopters, and all of them have been tried at some time or another. Here we’ll talk about each of the four and we’ll discuss their relative merits.

while not a true helicopter, the tiltrotor V-22 osprey is the most successful transverse layout rotorcraft in existence. Even with its relatively small disk area, it has excellent payload. The wide stance of transverse helis can be a liability in tight quarters and CG location is critical.

HOW IT WORKS: While there are variations, transverse helis generally use the same cyclic and collective controls as conventional main/tail rotor designs. Both rotors employ fore/aft and lateral cyclic for pitch and roll control and use collective for altitude and speed control. For yaw control, differential fore/aft cyclic is employed; if the left swash tilts forward and the right swash tilts aft, the heli will pirouette neatly to the right.

The CH-47 Chinook is an icon in the world of helicopters. Having first flown in 1961, current planned production will stretch into the 2040s–over 80 years! There’s simply nothing on the horizon–or the drawing board–to replace this outstanding workhorse.

The best-known tandem design is the iconic Boeing Vertol CH-47 Chinook, but it’s just one of a long line that’s also included classics like the Piasecki H-21 “Flying Banana,” Boeing Vertol CH-46 Sea Knight, and Great Britain’s Bristol Belvedere. Tandem helis have some particular advantages that make them excellent cargo haulers. With the rotors at the extreme ends of a long fuselage, rotor efficiency is maximized. This also gives them an unusually wide useful CG range, making them ideal for sling-loaded cargo. With their high efficiency, tandems can be surprisingly fast; the Chinook may look like a flying double-wide, but it’s one of the fastest helis in the U.S. Army inventory.

HOW IT WORKS: With their fore and aft rotor positioning, tandem helis only need lateral cyclic and collective for four-axis control. For altitude control, both rotors increase/decrease collective (the collective lever in a Chinook is called the “thrust lever”). In place of fore/aft cyclic, the two rotors use differential collective pitch (DCP). For lateral cyclic, both swashplates tilt left and right, and for yaw control, the swashes tilt in opposite directions. This system has proved very reliable, and the current planned production for the Chinook stretches into the 2040s.

The Kamov company is the world leader in coaxial helis, and they’re best known for their seagoing antisubmarine warfare helis like this Cold Warera Ka-27 (best known by its NATO codename “Helix”). Co-ax helis have the smallest footprint possible and have relatively high overhead clearance, making them ideal for ship-board use.

The worldwide leader in coaxial heli design is the Russian firm Kamov. From the early days of the Cold War, this firm saw the coaxial layout as a nearly ideal configuration for shipboard use, where helipads are small and the risk to crewmen is great. Over the years, Kamov has been best known for their workhorse line of anti-submarine warfare (ASW) and radar early warning helis for fleet defense. For RC’ers, the co-ax layout is a natural for fixed-pitch micro indoor helis; the control system is simple, and the design is inherently stable.

HOW IT WORKS: For full-scale coaxial helis, both rotors use collective for altitude control. Cyclic control is typically via the lower rotor, with the upper rotor static. For yaw control, the rotors use differential collective so that the disparity in torque will cause the heli to pivot left or right. This works quite well for full-scale models but is challenging to replicate in a radio control model.

Co-ax for micro RC is much simpler. With fixed pitch, the two rotors spin faster or slower for altitude control, and again, only the lower rotor has cyclic pitch control. For yaw control, a fixed-pitch coax uses differential throttle to the two rotors; one rotor speeds up, the other slows down, and the imbalance in torque causes the heli to pivot. This is cheap and easy to integrate into a control board, and these affordable little machines have introduced thousands of new fliers to RC helicopters.

Charlie Kaman was a brilliant engineer and inventor (in addition to helicopters, he invented the Ovation composite guitar). The intermeshing rotor layout gave Kaman’s HH-43 Huskie record-setting payload and altitude capability, and his “servo flap” innovation greatly reduced stresses in the rotor head. Kaman’s early Ka-225 design was re-engined to become the world’s first turbine-powered helicopter, an innovation that allowed the helicopter to truly come into its own. (Photo by Anatoliy Lukich/123RF.com)

In the intermeshing layout, the rotors are mounted side by side, literally like the beaters on an electric mixer. The rotor shafts are tilted outward to provide head clearance, and the rotor hubs also have dihedral or “coning” for added head and ground clearance. This layout was first practically employed on the WW II Flettner FL 282, but it was more widely employed in Charlie Kaman’s series of designs, most notably the outstanding HH-43 Huskie. The Huskie bloodline continues today in Kaman’s compact heavy lifter, the K-Max.

HOW IT WORKS: Intermeshing helis, like the Huskie, use standard collective and cyclic for altitude, pitch, and roll control. For yaw control, the Kaman designs use a combination of differential fore-aft cyclic and differential collective. This makes these helis particularly agile in tight quarters, which makes the K-Max a nearly ideal heavy lifter.

Summary
Twin-rotor helicopters offer some interesting challenges to the builder, but these unusual projects never fail to attract a crowd at the flying field. Also, if they’re properly engineered, they can fly quite well. So, why not build something different?