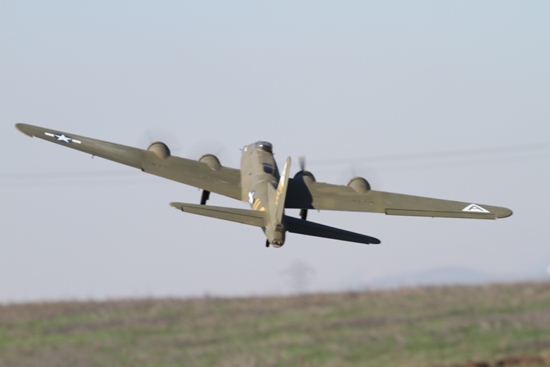 The Advance Scale Models (ASM) B-17 is a new giant plane that will be showing up in the States in just a couple of months. This plane is awesome and will make anyone stop and take notice wherever it shows up. We recently got to check out the prototype that Mike Greenshields and Larry Wolfe have that was converted over to electric power. Here are some quick stats on the aircraft.

First off, the airplane breaks down into smaller pieces for easy transport and maintenance. The wing is in three pieces and the horizontal stab and fuselage are both in two pieces. The nacelles are held onto the wing in a similar fashion to a wing being held onto a fuselage (wood dowel pins in front and a screw in the back). This way, even the nacelles are easy to access and can be worked on separately from the wing.

The beauty of this is that it makes the entire plane break down into a size that will fit into a large trunk or typical hatchback, sub-compact car. It is a BIG plane that fits in a relatively small space and can be built and flown by any experienced pilot. You do not need to have a giant workshop, huge van or special multi-engine training to fly it. You just have to be a competent modeler and pilot.

The prototype uses 4-KMS 4120/05 motors with Master Airscrew 3-blade props, each motor is connected to a Castle 75amp ESC and an Impulse 4-cell 4000mAh battery. All of this is hidden within each nacelle.

Battery connections are accessed through a hole in the side of the cowl. The batteries can be removed, but on this plane are typically accessed through the cowl and charged in the plane. They use 4 ProPeak LiPo chargers, so that recharge is at 1C and takes less than an hour.

Flying weight: 29 to 34 lb. (according to equipment used)

1 servo per elevator half 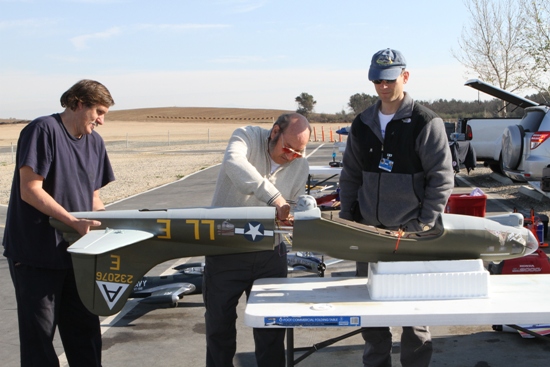 Mike and Larry are using Airtronics Digital servos, a 5-cell NiMH receiver battery and the radio is an SD-10G with a 10-channel receiver. 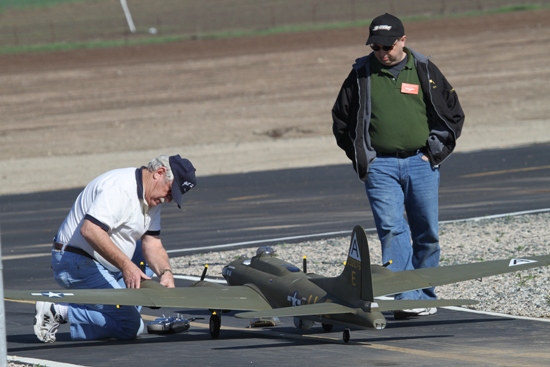 Retracts and struts are made by ASM as well, specifically for the B17. 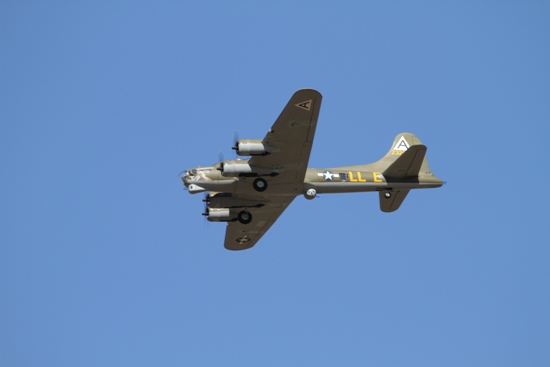 They’re flying the B-17 for about six minutes at a time to ensure they have plenty of excess power for “extra go around” if needed. 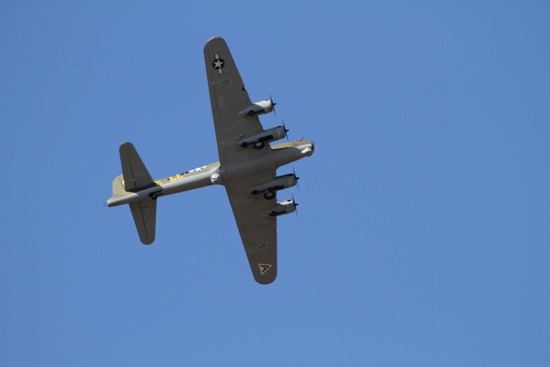 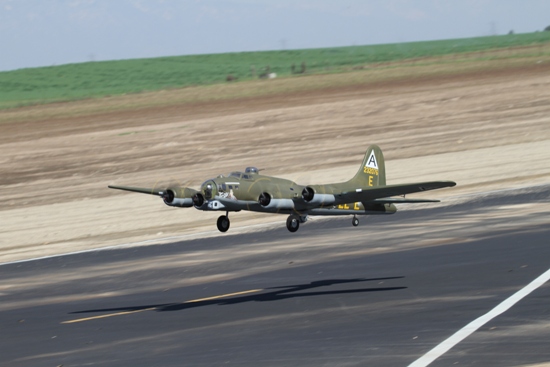 It’s a bomber not a fighter, so making it look good in the air requires smooth, gentle flying, not aerobatic insane flying! (The bomber crew would get quite upset if you did a roll.)