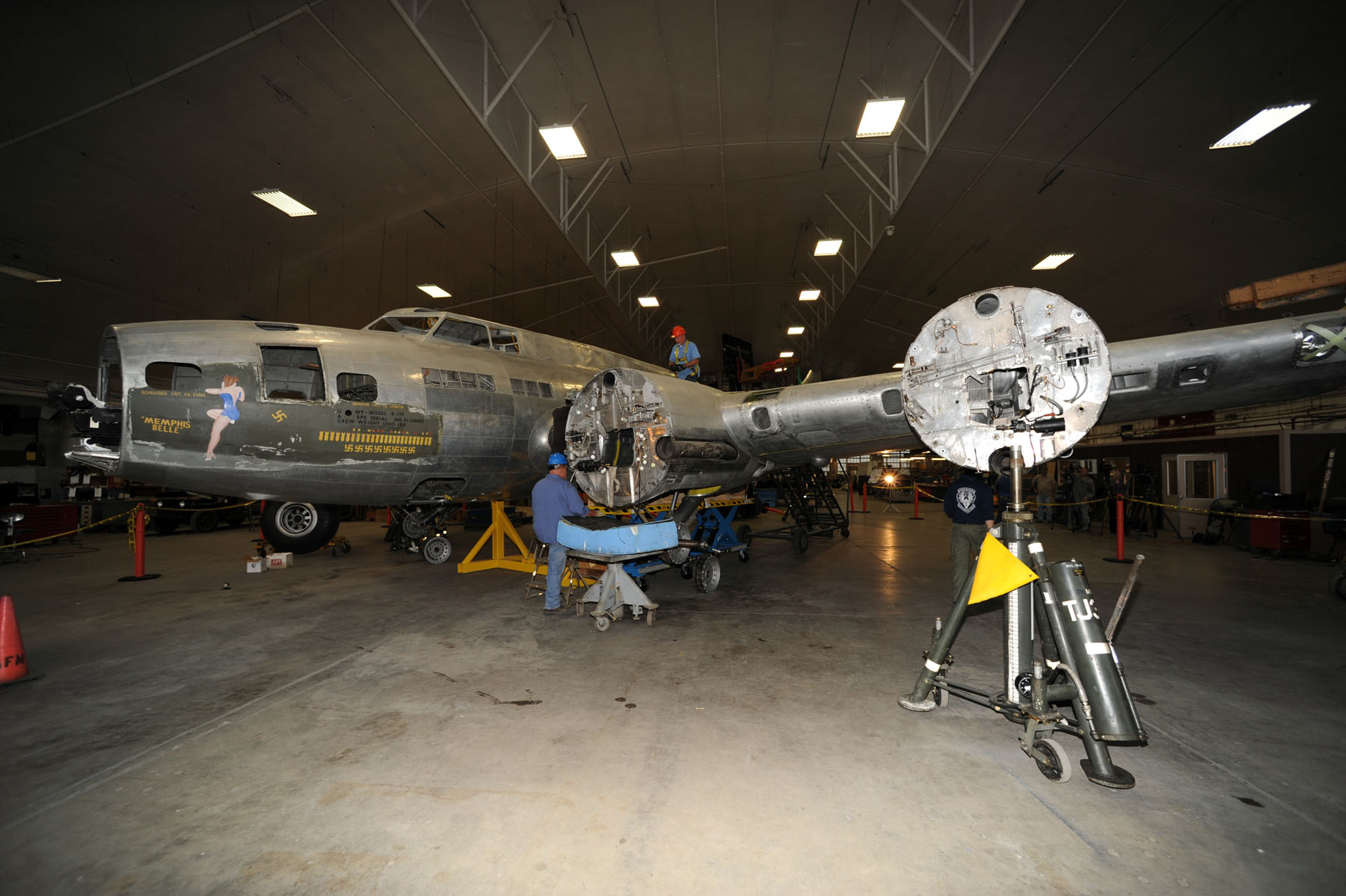 Here is some good news about a very historical aircraft that is undergoing restoration at the museum of the U.S. Air Force.

DAYTON, Ohio — As the United States approaches the 70th anniversary of its involvement in World War II, one of the most famous aircraft from that war recently reached two milestones in its restoration at the National Museum of the U.S. Air Force.

Both wings were mated and the landing gear was extended on the Memphis Belle, a Boeing B-17F Flying Fortress that in May 1943 became the first U.S. Army Air Forces heavy bomber to complete 25 missions over Europe and return to the United States.

“The museum’s restoration crews have been working long and hard to see that the Memphis Belle is restored to its rightful position as a national icon,” said Roger Deere, chief of the Restoration Division. “With these major milestones, the public is that much closer to seeing the aircraft on display once again.”

The Memphis Belle arrived at the museum in October 2005, and staff began a careful, multi-year conservation and restoration effort – including corrosion treatment, the full outfitting of missing equipment and accurate markings – to bring the aircraft back to pristine condition.

“With the completion of these milestones, the crews feel even more motivated to finish all tasks ahead with the final goal of placing the aircraft on display in the museum,” Deere said.

This comprehensive restoration process is fitting for this storied aircraft. The pilot, then-Lt. Robert Morgan, named the aircraft after his wartime girlfriend, Margaret Polk, of Memphis, Tenn. Morgan chose the artwork from a 1941 George Petty illustration in Esquire magazine.

The crew and the aircraft beat the odds by completing 25 combat missions, and upon their return to the United States in June 1943, they flew the aircraft across the country on a three-month war bond and morale boosting tour. With the bond tour and the 1944 William Wyler documentary film titled The Memphis Belle – depicting actual combat footage – the aircraft and its crew became widely known and celebrated. In 1990 a major motion picture of the same name added to their fame.

“The Memphis Belle became a national icon, and its crew represented the thousands of Army Air Forces Airmen who were taking the war to the enemy in Europe,” said Jeff Duford, a curator at the museum. “There is enormous significance having the Memphis Belle at the Air Force’s national museum – it gives our visitors a better understanding and appreciation of the service and sacrifice of our service members during World War II.”

Museum staff anticipates the aircraft will go on display in the museum’s World War II Gallery in 2014, with some final restoration work to be completed on the exhibit floor. Once on display, the Memphis Belle will join one of the world’s best collections of aircraft and memorabilia from the World War II era.

Until that time, visitors can view the Memphis Belle’s restoration during the museum’s Behind the Scenes Tours, which are offered each Friday (some exceptions). Information about this tour is available at www.nationalmuseum.af.mil/visit/tours.asp.

For more information, photos and videos of the Memphis Belle, visit www.nationalmuseum.af.mil/factsheets/factsheet.asp?id=6740.

The National Museum of the United States Air Force is located on Springfield Street, six miles northeast of downtown Dayton. It is open seven days a week from 9 a.m. to 5 p.m. (closed Thanksgiving, Christmas and New Year’s Day). Admission and parking are free. For more information about the museum, visit www.nationalmuseum.af.mil.