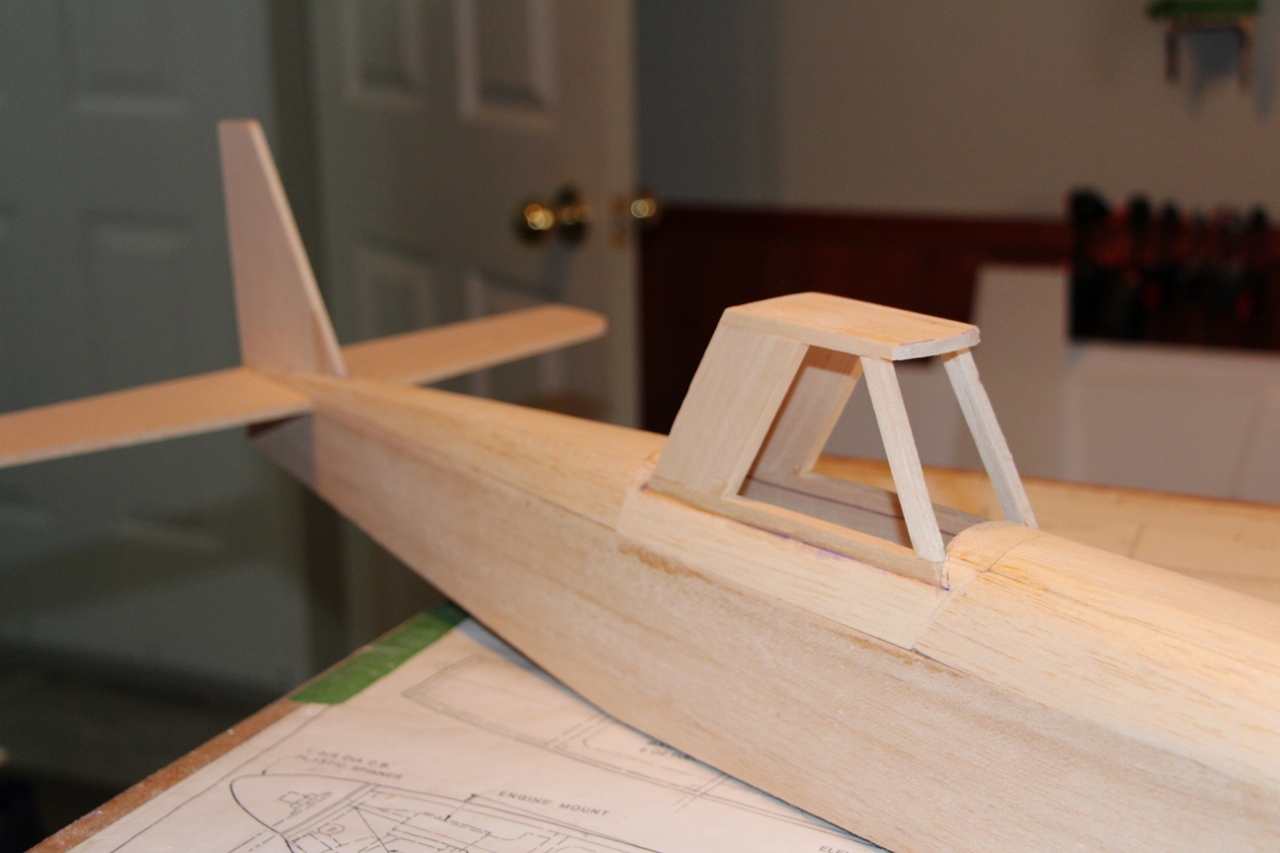 What is a ‘kit-bash’? This is the question asked when my latest project was described to a modeler friend. The popularity of ARF and RTF aircraft necessitates the a little more explanation. It’s part way between building from scratch and building a traditional kit. Using an existing kit as the basis it is modified to create something unique.

Inspiration for a “kit-bash” can come from a variety of sources, books, movies, magazines, TV shows or cartoons. Recently our family attended the Disney movie ‘Planes’, this provided my inspiration. “SPOILER ALERT” as the story progresses the main character Dusty Crophopper (looks like an AT-502) under goes a metamorphous after a crash in the ocean leaves him very damaged. His wings are replaced with T-33 wings & retracts, new exhaust system, propeller & many other parts. Only Disney would have the ability to dream the concept of merging these into one aircraft. At the end of the film Dusty is on the aircraft carrier with a “Jolly Wrenches” colour scheme. This was the airplane I wanted to build.

Hidden on a shelf in the workshop was an old HOB Mustang 20 kit, this would be the start of my Navy version of Dusty Crophopper.  This sport scale model had about the right proportions to pass as a Dusty, it would need a few changes, however most of the build will follow the original instructions. The plans were unrolled & pinned to my building table, then plain white paper was taped over the sections of the fuse that were changing, the canopy, chin scoop, & rudder.

The canopy was redrawn on to resemble the greenhouse style canopy of an Air-Tractor, the P-51 style chin scoop of the kit was completely eliminated. The fuselage sides were shortened 1 inch with the rudder & vertical fin moved forward.

I also lowered the elevator & horizontal stab 3/16”, however that is completely optional. It was more work with limited benefit. The original method of attaching stab & elevator is fine.

The fuse was constructed following the instructions, a couple of the die-cut parts did need to be changed/not used. The ply nose ring needed to be reshaped to be a 1 ¾” ring without an opening for chin scoop. The intake scoop under the wing on the aft fuse is also not needed, just sheet the bottom of the fuse with 1/16”. The chin scoop balsa block will need a lot of sanding to create a smooth taper to the 1 3/4” nose ring, a razor plane may help with this too.

The canopy area was enclosed using 3/16” balsa in the same way the fore & aft turtle decks are constructed. Using the outline for the new canopy sides are constructed using 3/16” balsa. Cut the canopy area on fuse to accommodate gluing the ‘Dusty’ style canopy in place. Use 3/16” balsa to sheet the top & back of the canopy.  The tail surfaces remain unchanged, I did remove the extension that was forward of the vertical stab.  The tail surfaces will be glued in place after covering.

This Dusty will be using a brushless motor for motivation, this was done by adding a firewall between the nose ring and the original ¼” ply FW. You can follow the instructions for IC motor or switch to electric it’s up to the builder. It’s a “Kit-Bash” make it the way you want.