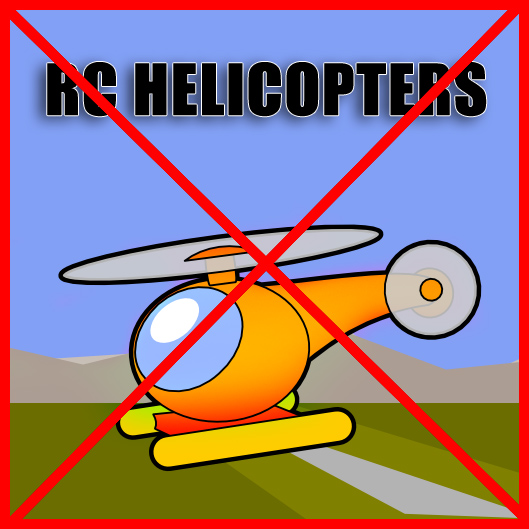 Some time ago, we asked fixed-wing pilots how they felt about flying with helicopters. Some were very accommodating while others wanted a total ban on helis at their flying fields. As a heli pilot, have you ever felt unwelcome at an AMA field? What’s your solution to flying with “plankers”? We want to hear the heli side of the story.

Recently at a flying field, I overheard a few club members talking about implementing a total ban on helicopters. We aren’t talking about restrictions on flight times, or relegating helicopters to the side of the field, or even asking them to keep to the flight pattern; they wanted a NO HELICOPTERS ALLOWED rule.

Why can’t helicopter and airplane pilots just get along? A few years ago, helicopter pilots were invited to the Top Gun Scale Invitational that we cover every year. These machines were museum-quality scale gunships and civilian choppers with handmade rotor heads and intricate landing gear, and they flew in a very realistic manner — no 3D moves here! Yet, as much as you could see the mutual respect for craftsmanship between the heli and plane pilots, they were two very distinct groups … the helicopter pilots held their event a quarter mile away (same field, a landing strip for full-size aircraft) and, during the flight portion of the event, pilots on both sides complained about the other “flying over their airspace” or “too high into the traffic pattern.” There weren’t any mishaps, but that was the first–and last!–time helicopters were in attendance.

If mature scale enthusiasts can’t get along at the same event, I wonder if there’s any hope for the rest of us sport and 3D pilots. It’s unfortunate if helicopter pilots aren’t welcome at flying fields because, in large part, they represent the new generation and are a growing segment of the hobby. On the other hand, helicopters do make me more nervous than prop planes, and I wouldn’t want to have to fly a pattern around them. What’s the solution? Tell us what you think.