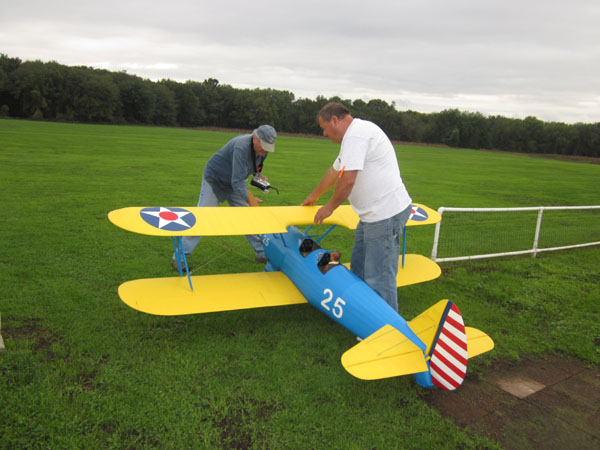 Well, the 2011 version of the Central Connecticut RC Club’s Big Biplane Bash all-biplane event is now history! Even though there was rain in the early AM setup time. The wet weather held off and we enjoyed a high, solid overcast that could not dampen the spirits of the 23 pilots that did showed up. Usually, the event draws 50 to 60 pilots so we still think we had a great turnout, most of which wore rain coats! 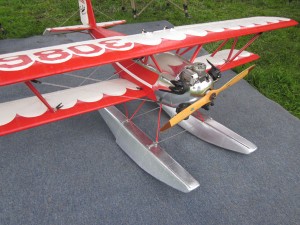 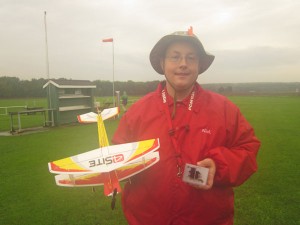 (Above) Henry Haffke’s float-equiped Gee Bee biplane was in the spirit of our Rainy Event! (Above right) The first airplane in the air (and winner of a Futaba Servo,) and the Best Electric Winner Nicholas Biason. 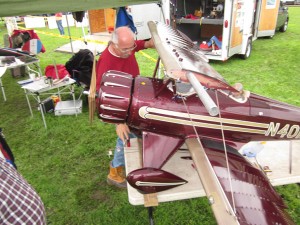 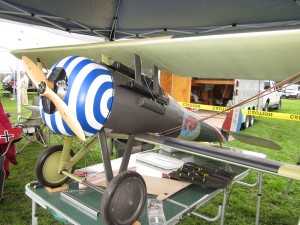 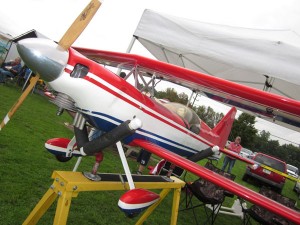 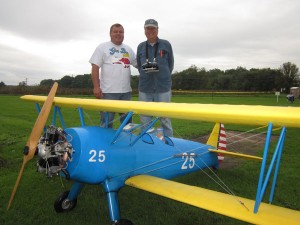 (Above) Winner of the Aerobatic Awards, and (Best of Show) and Best Military Winner above right! 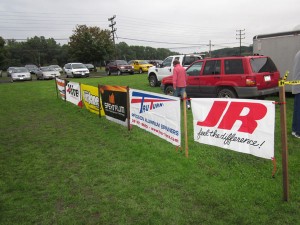 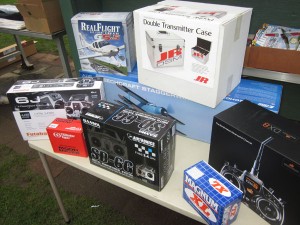 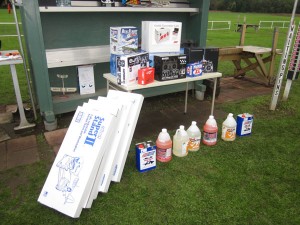 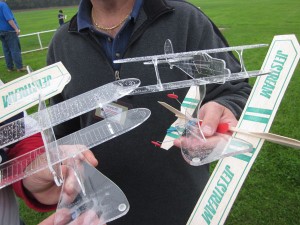 (above) Prize Table with all the Bootie! (Above Right) Acrylic Awards for the Free Flight Rubber Powered event. 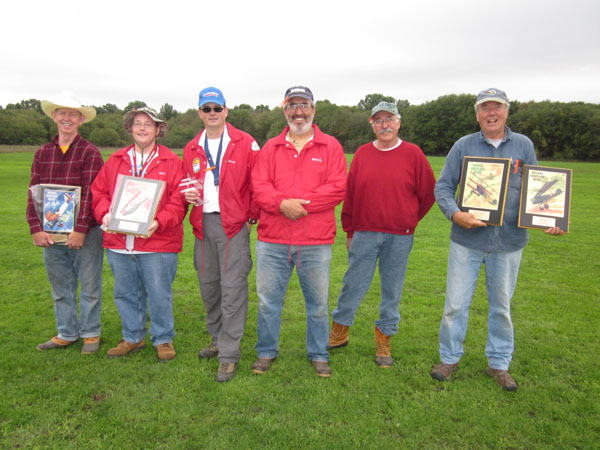 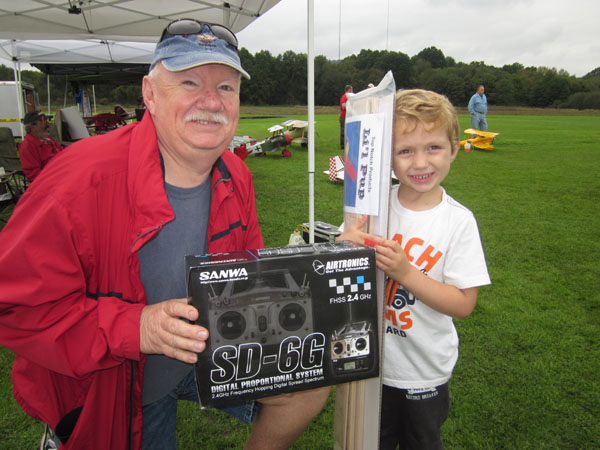 During the Raffle drawing, we had great help from little Gavin Callanan (above) shown with his grandpa Ronald. Ronald won the Airtronics SD6-G radio and Gavin got the laser-cut kit for the TNP Lil’ Pup sport trainer. Many thanks to both for all the help and fun! 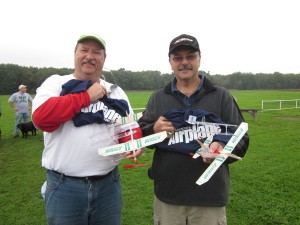 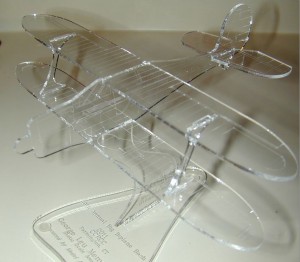 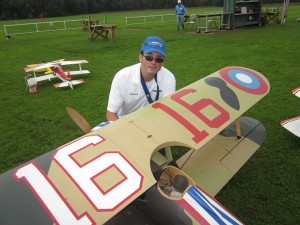 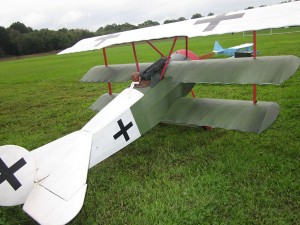 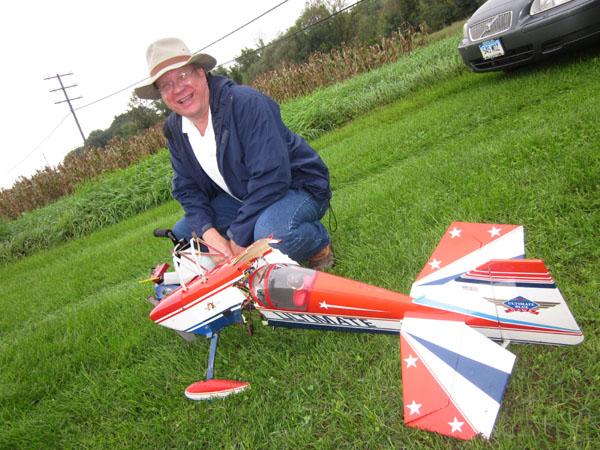