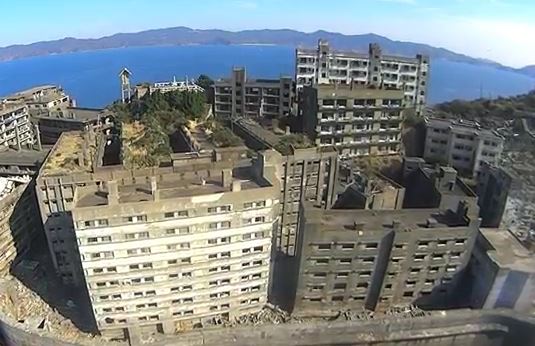 Gunkanjima (“Battleship Island”) is one of the world’s most well-known “ghost towns.” Originally developed as a seabed coal mining facility, more than 5000 people inhabited the island at the peak of its prosperity. The last inhabitants left in 1974, and today the island remains uninhabited. Using a radio-controlled helicopter equipped with a Sony’s Action Cam, we took some aerial footage of this breathtaking deserted island to serve as a record for generations to come.