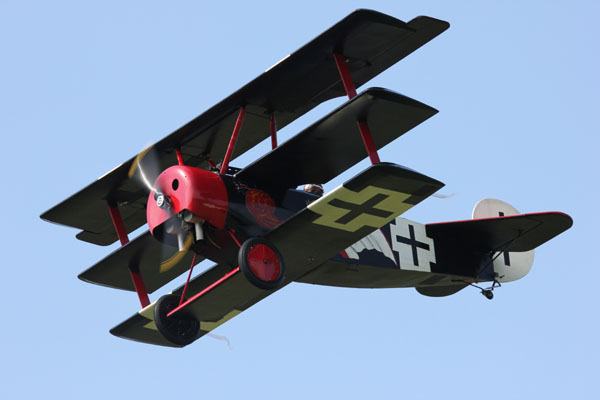 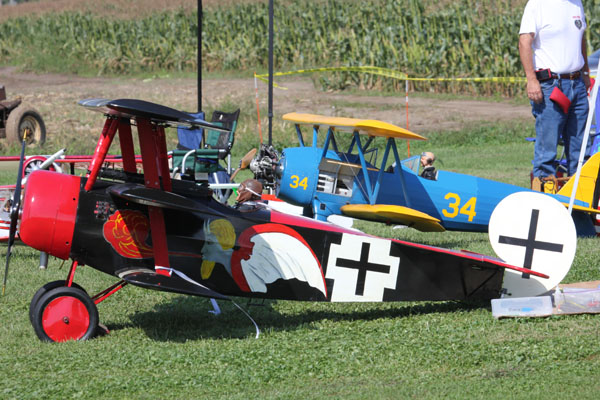 Flown at the popular Big Biplane Bash RC Fly In, the coveted Best of Show award went to an amazingly large, Monster Scale Fokker Triplane. Hosted by the Central Connecticut RC Club, the BBB event awarded Ken Eckstein the prize after he put in several amazing and very scale-like flights with his Triplane. 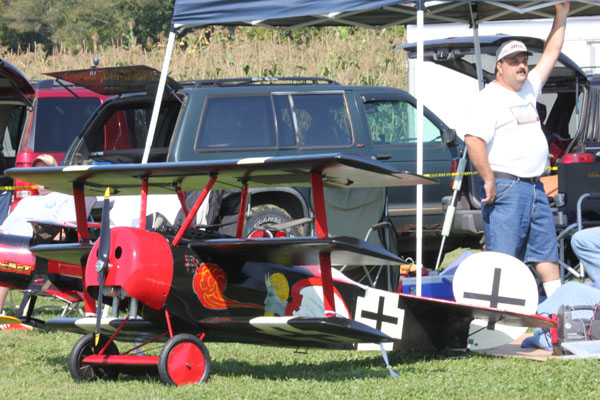 From New Milford, CT., Ken’s Fokker Dr.1 is the biggest biplane that has ever flown at the event, and it is certainly the biggest I have ever seen fly. Ken’s triplane was built from Nick Ziroli plans and was enlarged to a massive 45% scale! Ken powered his triplane with a 3W 150cc gas engine and covered the plane with fabric and painted it with latex paint. The plane has a 11ft., 2in. span and it weighs in at about 100 pounds! 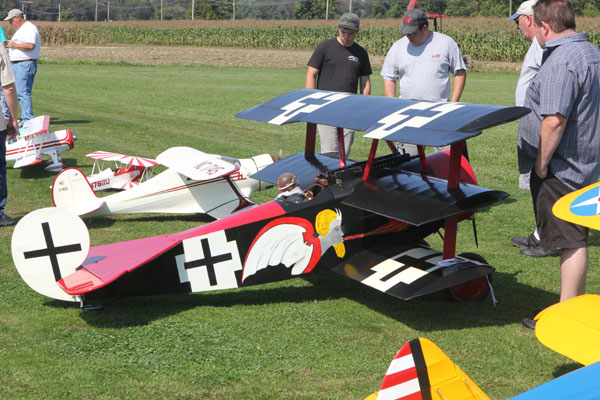 Seeing the big triplane fly was really amazing and it had a perfect airspeed and flew patrol over the flying field looking exactly like the full size WW1 fighter. If you have never seen a real triplane fly (like at the Old Rhinebeck Aerodrome) then Ken’s monster is as close as you can get! It was simply great! 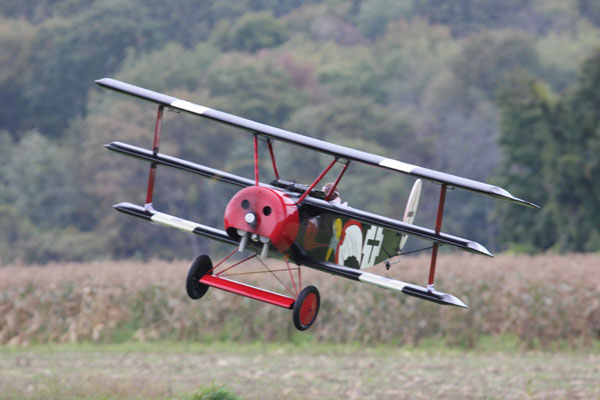