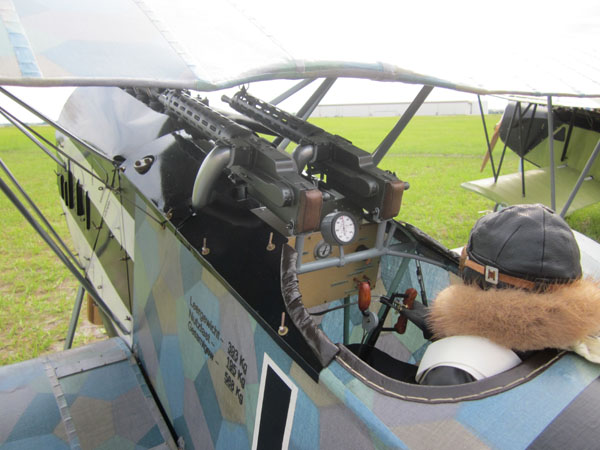 What more need be said?! Each of these multi-wing beauties looked and flew great! Above is the cockpit detail of the Glenn Torrance Models 1/3-scale Fokker D-VII that won 1st place in Team Scale. Flown by the team of Tom Kosewski (pilot) and Glenn Torrance (builder), this amazing WW1 German fighter was detailed inside and out. It was covered by GTM printed fabric doped on and the engine is a Desert Aircraft DA-85cc gas engine. 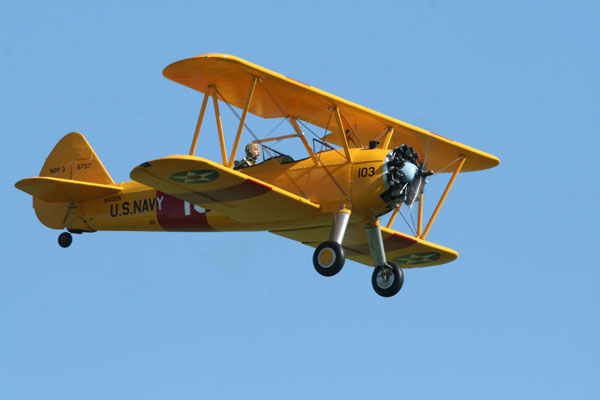 (Above) Sterman N2S-3 is flown by Kevin Knebel. It has a 89 inch span, is 1/4-scale, weighs 28 pounds and is powered by a Saito 180 4-stroke engine niely buried in that scale dummy radial engine. 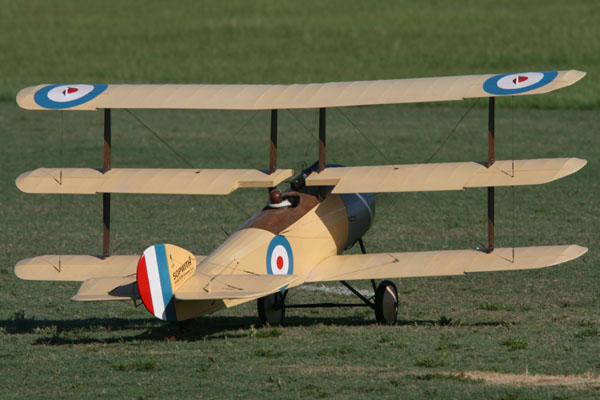 Bud Roane (a fellow MAN contributor,) entered this great looking Sopwith Triplane. His 1/4-scale WW1 British fighter has a80 inch span and is powered by a Saito 180 4-stroker engine. 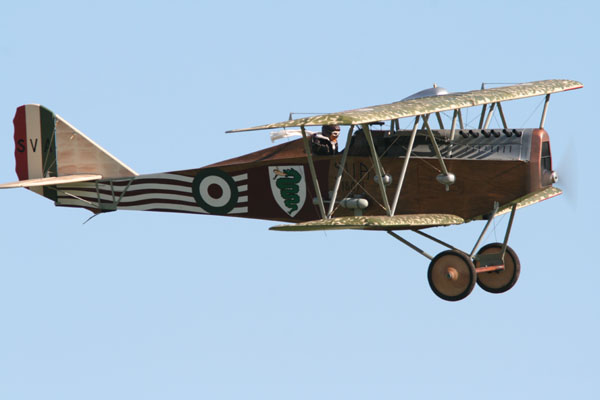 (Above) The winner of the “Best WW1” Aircraft award, Richard Feroldi’s Ansaldo SVA-5 is not you typical WW1 Biplane. It is seldom modeled and has unique construction. Powered by a Quadra 10cc engine, the 1/3-scale airplane has a 119 inch span. 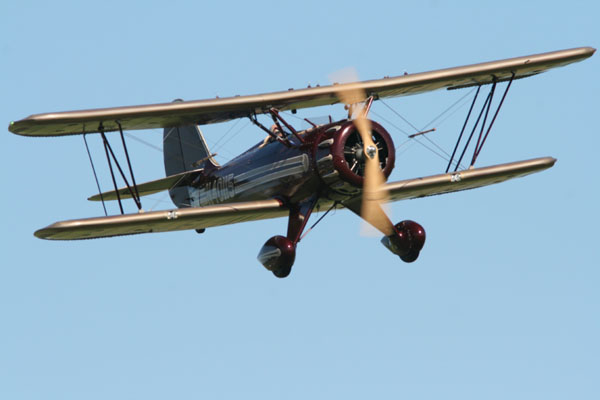 (above) winner of the bBest Biplane and Best civilian award, Mitch Epstein again flew his amazing Waco YMF-5 biplane built from a 1/3-scale AMR kit. It is powered by a 215cc radial engine from Moki. Mitch also won the Gray Eagle award! 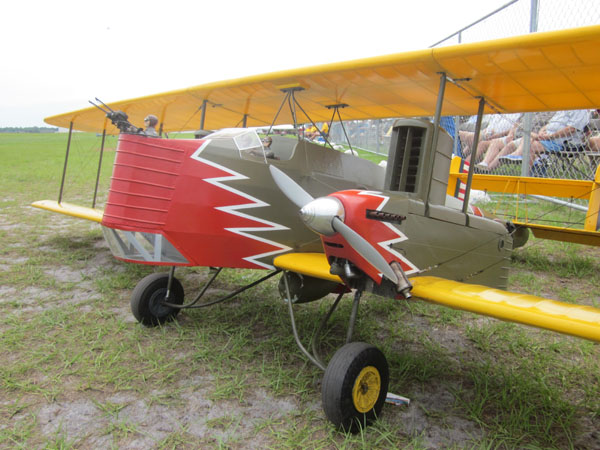 Winner of the Pro Am Pro class, this Curtiss B2 Bomber (above) is the work of Curtis Switzer. It has a 168 inch span and is powered by two Saito 180 4-stroke engines. 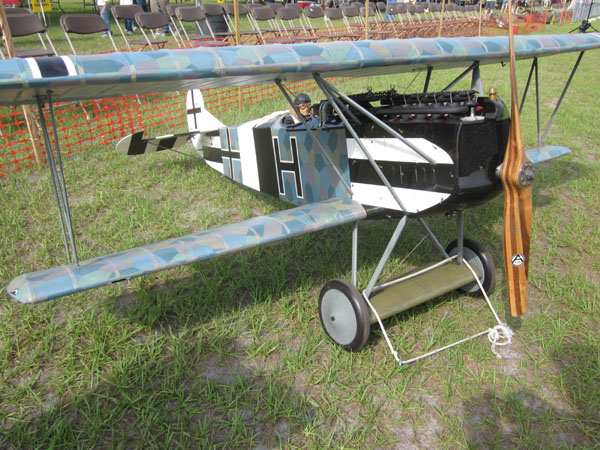