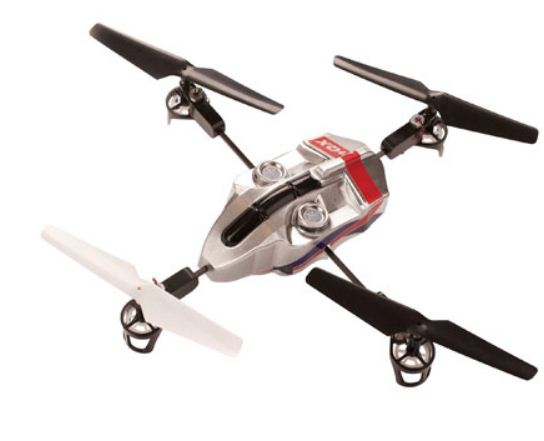 The combination of highly efficient LiPo batteries and electric motors, together with improved micro electronics, have made the new “quad” line of helicopters a practical option for the average pilot, and the new Blade mQX from Horizon Hobby is the latest entry in this exciting field. The Blade mQX is fully assembled, with a 4-in-1 DSM2 receiver/ESCs/mixer/AS3X sensor unit, and is set up and adjusted, and completely flight ready right out of the box. Just quick charge the included battery for a few minutes and you are ready to go. Included in this ready to fly package is the Blade mQX, a 4-channel DSM2 transmitter with batteries, an E-flite 1S 3.7V 500mAh Li-Po battery and an E-flite Celectra 1-cell DC variable rate LiPo charger. The Blade mQX is small and light weight, and made for in-door flying, or our-door flight in a light wind, and everything you need to get up in the air is included in the box.. Its sleek and high tech design also gives a flying experience like no other helicopter you have ever flown. Four 8.5mm brushed motors, with protective drive gear guards that also act as landing gear, provide plenty of power to the four fixed pitch rotors for aggressive climbs and aerobatic maneuvering. It also incorporates the new AS3X 3-Axis Stabilization System, using a sophisticated digital MEMS sensor and control software, to combine stability and positive control unlike any normal helicopter. It can also be easily and quickly switched between its standard “X” configuration to the optional “+” configuration with a simple programming change. And notice that white rotor blades are included to help maintain orientation in either configuration.
My initial test flights were conducted in my living room, but the standard high rate proved to be too sensitive for this close-in flying. However, a simple push in of the right stick engaged the preset dual rate function, which was just right for hovering and gentle maneuvering. And, after a few flights when I got the feel of the Blade mQX I was able to transition easily to high rates and fly outside. The Blade mQX also has a feel all its own. Because the rotors are fixed in pitch, all maneuvering is accomplished through the stabilization system to independently vary the speed of each motor to provide the needed stability and maneuverability. However, anyone flying conventional helicopters will find the Blade mQX an easy and quick introduction to quad-heli fun. 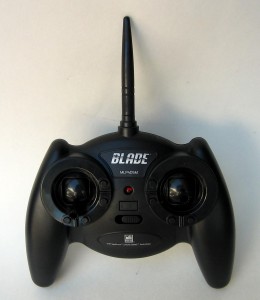 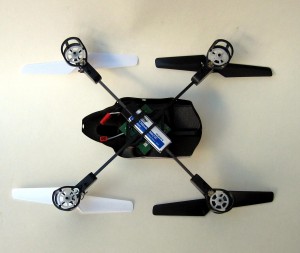 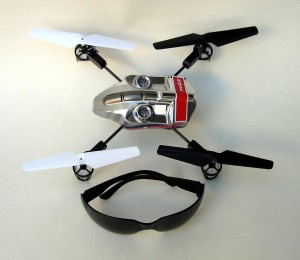