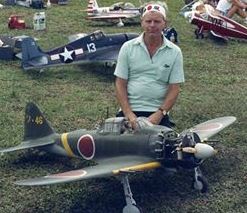 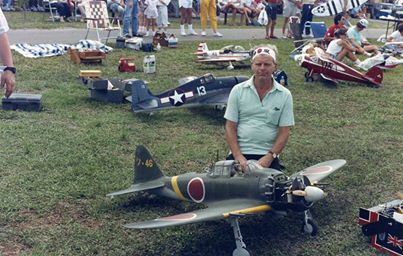 The very first Top Gun, hosted by the Condors R/C Club, was held in Coral Springs, FL. It attracted 30 of the country’s best scale contestants and was sponsored by Model Airplane News and Pacer Technology/ZAP Glue. MAN covered the inaugural event in the August 1989 issue. Moved to Mesa, Arizona the following year, the event was hosted by the Arizona Model Aviators with nearly 50 pilots competing. In 1991 came another move, this time to the Palm Beach Polo Club where it remained for 11 years. Eventually, Top Gun outgrew this posh location and in 2002, it moved to its present site, a dedicated facility at Lakeland- Linder Regional Airport aptly named “Paradise Field.” Hosted by the Imperial RC Club, Top Gun participants enjoy the airport’s unrestricted flying area and manicured runway. The new venue was immediately welcomed by the contestants and has undergone numerous improvements over the years, making it a near perfect location for an event of this scope.

The inspiration came to me immediately after the 1987 Scale Masters where a bunch of us were screwed by the judges who decided to give everyone a 989 static score and wanted us to “Fight it out in the Air,” to quote the chief of judges at the time.

I discussed with Dave Platt the idea of an event where a modeler would do well based upon his efforts and a real static score. Dave thought it was a great idea and a monumental task. I asked for his help with a rulebook and I started in 1989 with a field of around 30 guys. Who knew how long it would last? We have continually “changed” the format to attract new participants and entice the older ones to keep coming back. We have our own rulebook, based on the AMA rulebook but different in many ways.

Caption: Dave Platt with his own design 1/5-scale Mitsubishi A6M5 “Zeek” Zero. Dave is caught in the pit area working on the engine of his 78-3/4-inch span warbird.