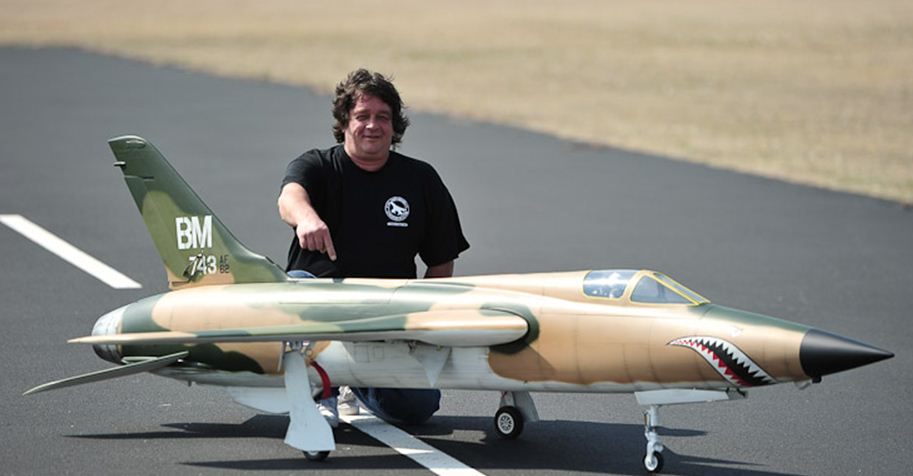 A recent email from John Raclawski alerted me to this really cool project out of Wichita, Kansas. This 1/6-scale F-105 just had its first flight, and it’s a beauty. This fully detailed, custom-built jet has custom-built landing gear and is powered by a JetCat P-200. After flying it for the first time, Bob says, “It was pretty intense … it took off so smooth and straight … the wind was blowing at like 35mph and when I turned into the wind, it had no ailerons, and by the time I slipped to high rate [the jet] was a mile and a half away! … With the gear down, it was really mushy, so we cut it short and landed. I left the throttle up high and used a little bit of flap and it came in nice … it was a good landing.”

Bob’s website, www.b1modelproject.com has a ton of videos that detail the building process and first flight.