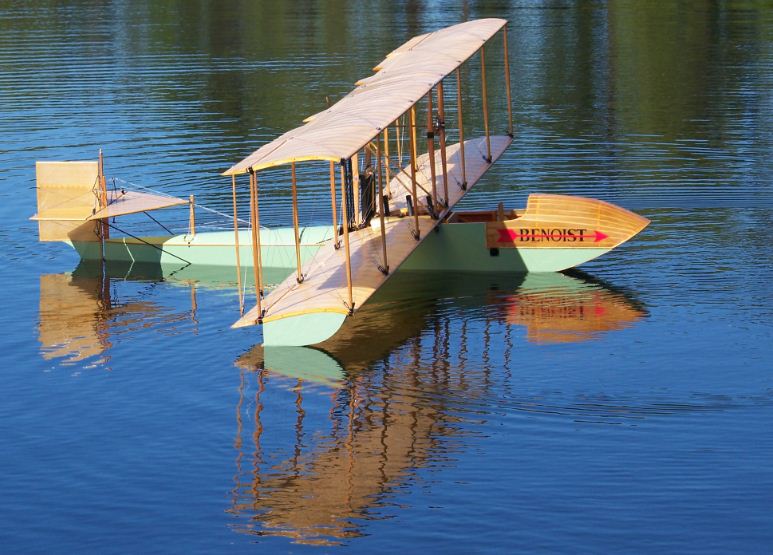 Check out Bob Walker’s Benoist on its first test-float. Bob designed and built this model after the 1914 plane that was the world’s first scheduled airliner, carrying passengers between St. Petersburg and Tampa, cutting down on the nearly all-day trip into a 23-minute flight! It only made 172 flights and was cut short because of the onset of WW I.

Bob (of Robart fame) built this RC model and other static one for the anniversary of the world’s first commerically scheduled airline flight! The Benoist flew twice a day over Tampa bay, from St. Petersburg to Tampa and back, cutting down on the nearly all-day trip into a 23-minute flight! 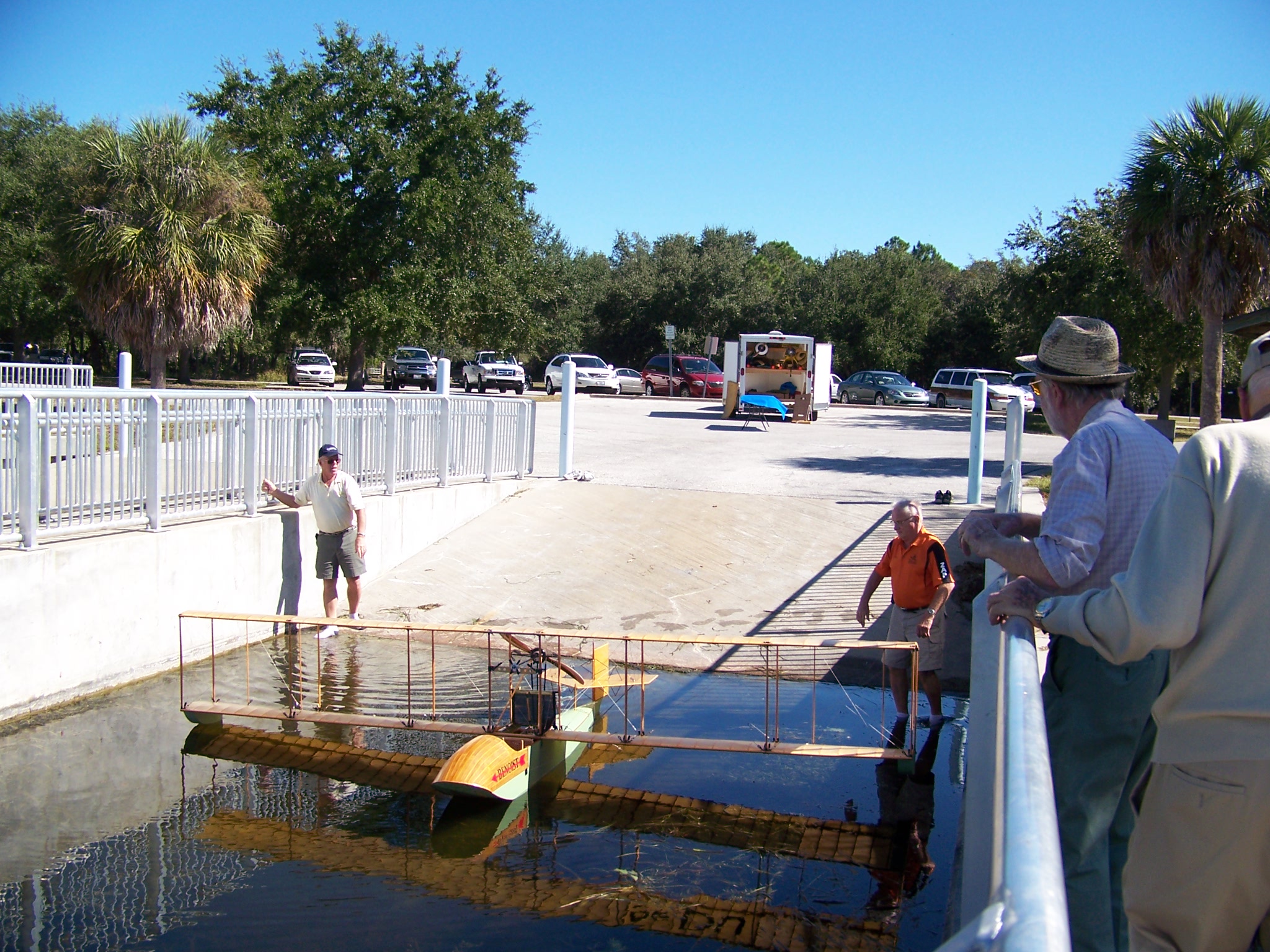 That’s Nick Ziroli Sr. on the left and Bob on the right, both dwarfed by this giant flying boat!