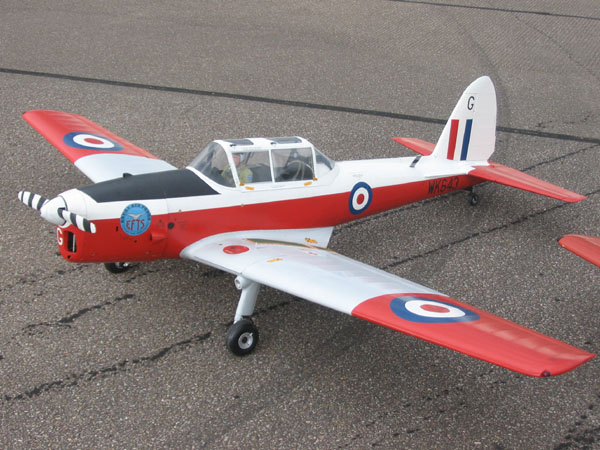 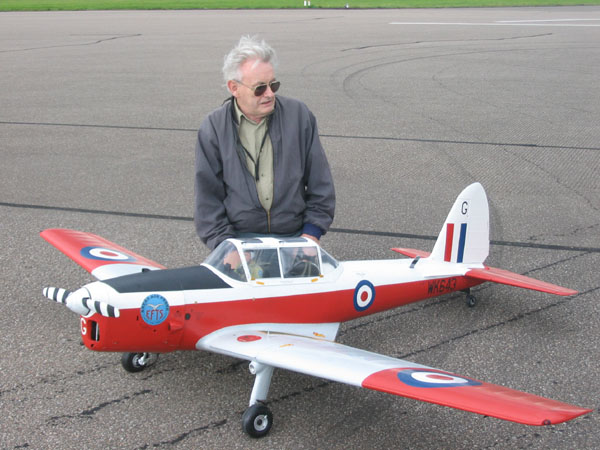 This 1:4 scale trainer is one of well known RC scale modeller and designer Brian Taylor’s favourite competition models. Well known for his range of exact scale warbirds and civilian plans and accessories, I always look forward to seeing Brian’s latest masterpiece at the UK Scale Nationals competition, where this selection of photos were taken. 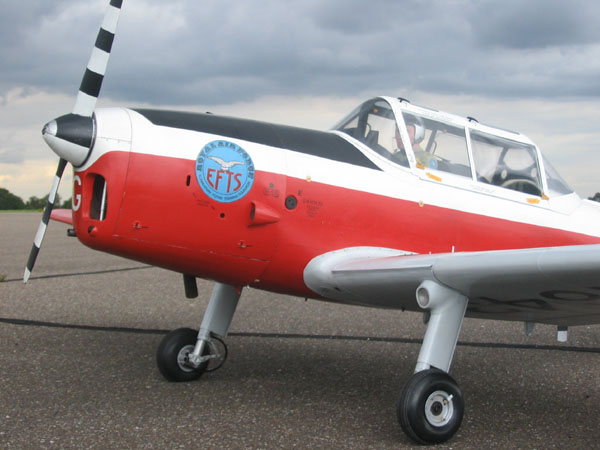 Powered by a Laser 180 four stroke and weighing 16 lb 2 oz, Brian’s 105” span ‘Chippy’ is finished in the standard RAF Elementary Flight Training School colours of red and white with pale grey inner wing panels. This scheme replaced the all silver with yellow trainer bands finish that is often associated with the post-war RAF. It’s certainly much easier to see than a camouflaged warbird, as Brian was quick to point out! 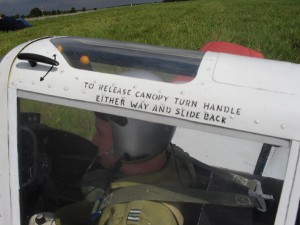 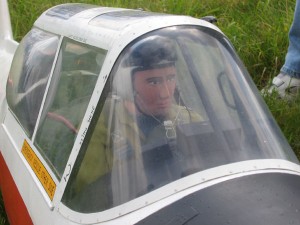 Using the same Gypsy Major engine as its predecessor, the DH Tiger Moth, the ‘Chippy’ has the same rugged looks and uncomplicated layout, but is anything than a simple design to replicate. The wings have large fairings and the underside sweeps up into the circular fuselage to give the scale modeller more than a few headaches. I speak from experience here, having built a 69” span version from the Dennis Bryant plan, thinking it would be an easy low winger! Brian and I discussed the fact that there was hardly a straight line on the airplane, leading edge accepted, and that even the aileron and flap hinging was a complicated affair. 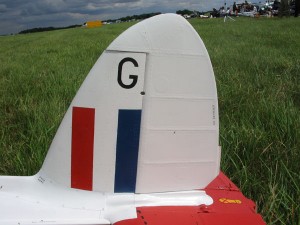 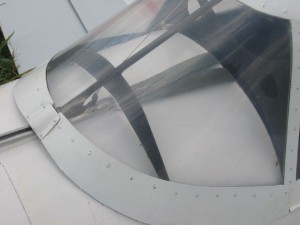 Brian used Dulux house paint for the finish, with the grey being hand-brushed and the white and red sprayed on. The large greenhouse canopy provided the biggest headache and involved Brian moulding all the parts separately and assembling them with litho plate frame on the outside and the inside. There’s no getting away from all that detail as it’s in plain view. It took two weeks to get it all to fit correctly and the only bonus was that the interior was painted black. 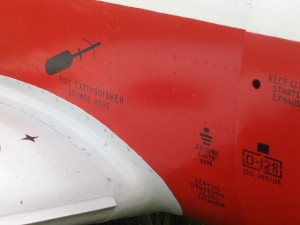 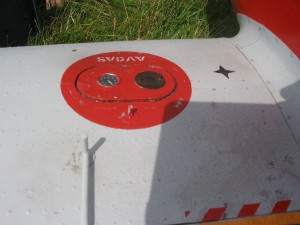 Brian is a member of the Ilminster Club and lives in Somerset in South West England. Before you ask, I’m sorry to report that it’s not available as a plan! 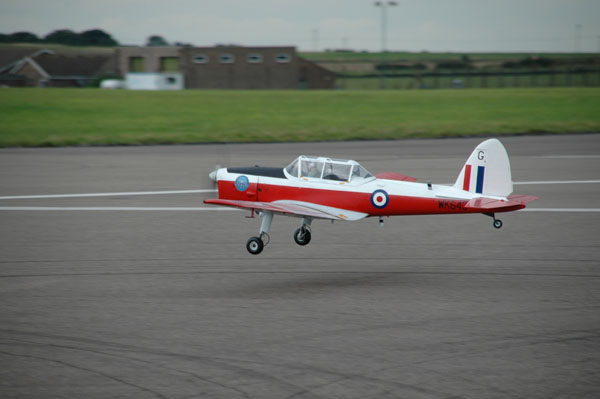 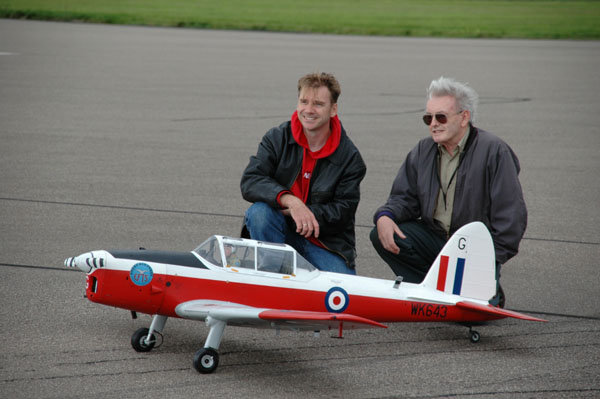