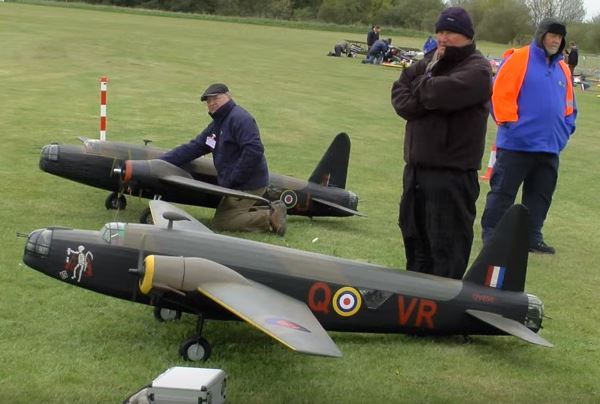 You don’t often see an RC Vickers Wellington at a fly-in, let alone five giant-scale versions of the twin bomber flying in formation! At a recent RC airshow at the East Kirby Airfield in Lincolnshire, in the UK, Pete and Dean Coxon captured the RC aircraft on video, noting that the gusting 25mph winds made flying and landing “very intersting indeed!” Designed and built in the mid-1930s, the Vickers Wellington was used as a night bomber in the early years of WW II.