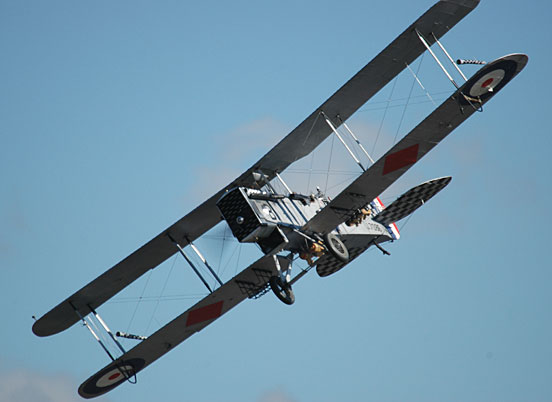 By Simon Delaney
The British Model Flying Association (BMFA) which is the equivalent to the AMA, hold several national championships over the course of a year. These are spit into indoor flying, silent flight and free flight and take place in a variety of locations around the UK. The ‘power nationals’ encompass radio control scale, aerobatic and helicopter competitions, and control line too, which includes team racing and carrier events. Held over three days on the last weekend of August, the traditional home of this event is RAF Barkston Heath which is an operational base ‘closed’ to allow the championships to take place. The close ties the BMFA have with the RAF means that Barkston has held the event for over 30 years. A bonus is the location, being roughly in the centre of England and therefore being accessible to modelers all over the UK.There are two classes held in the Scale event: F4C, the FAI regulated scale class, and Flying only which is self explanatory. This year there were a total of 24 competing in Flying Only, with 19 in F4C. Most entries are scratch built by the pilot, the rest are from plans John Hartnoll had brought along a Danish marked Gloster Gauntlet which made a change from the usual RAF scheme and Steve Fish had a beautifully finished Hawker Typhoon. Steve had entered both F4C and Flying Only and finished respectably in both events – certainly a name to look out for at future scale competitions. Pete McDermott entered his DH9A Mick Reeves entered a Sopwith 1.1/2 Strutter but his son, Jim competed with an electric Wendell Williams racer which looked resplendent in cream and red and looked every inch the 30s hot rod! Ian Bryant fielded his superb own design DH 51 which cruised around in pre-war elegance and was carefully detailed as we have come to expect from this dedicated scale builder. Mick Henderson always comes down from Scotland to compete and brought his lovely DH9. You just have to believe me when I say he drew it up and built it from scratch in just nine months! Another 1930 classic was designed and flown by Martin Fardell, who’s known for producing unusual models. This year he had a fantastic Westland Wallace. Last year he had built a Vought Corsair; the 02U biplane version, not the carrier warbird. Jeremy Collins bought his own design BAM Swallow which was majestic in flight and was also electric powered. Pete McDermott was leading in F4C by one point with his world class DH9A – he went on to win the class with an excellent second flight scoring 1576 points.

The weather was not as kind as spectators or competitors would have liked! It was very windy, to say the least, but there were plenty of entries and spectators filled the length of the safety wire throughout the weekend. I noticed regular interaction between members of the public and the competitors, and the flying was enhanced by John Carpenter’s lively commentary. This was delivered with the experience of a long-time competitor which really helped to explain the proceedings to those who hadn’t been there before. You never know what you’re going to see at a scale event and this year was not disappointing. Due to the background and age of many of the participants, you’ll see models that are probably unique and beautifully crafted, and although they’ll always be more common types, it does make you think about all those airplanes just waiting to be modeled.
[nggallery id=10]