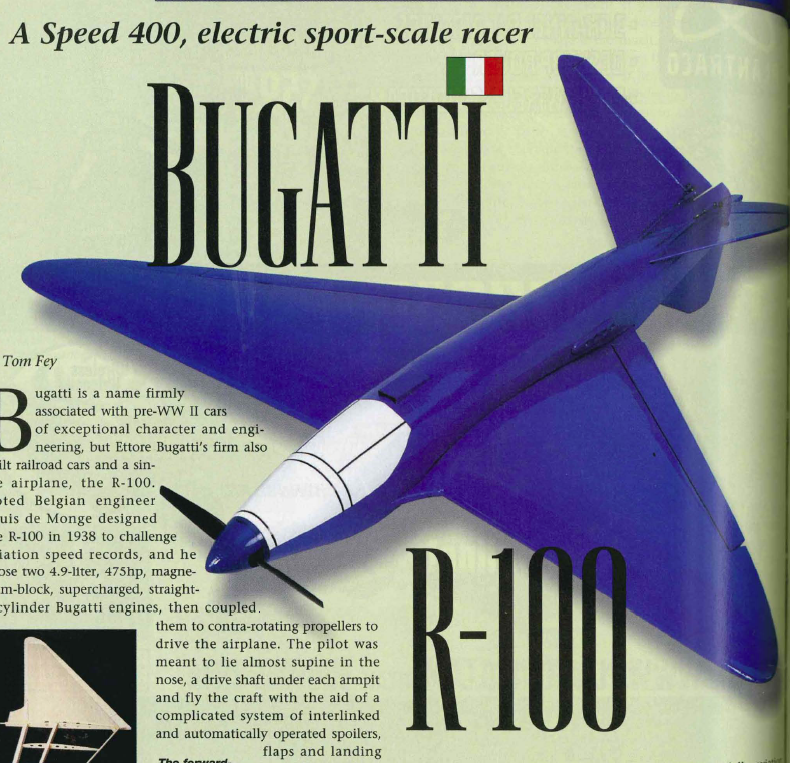 Bugatti is a name firmly associated with pre-WW II cars of exceptional character and engineering, but Ettore Bugatti’s firm also built railroad cars and a single airplane, the R-1 00. Noted Belgian engineer Louis de Monge designed the R-lOO in 1938 to challenge aviation speed records, and he chose two 4.9-liter, 475hp, magnesium- block, supercharged, straight- 8-cylinder Bugatti engines, then coupled them to contra-rotating propellers to drive the airplane. The pilot was meant to lie almost supine in the nose, a drive shaft under each armpit and fly the craft with the aid of a complicated system of interlinked and automatically operated spoilers, flaps and landing gear.