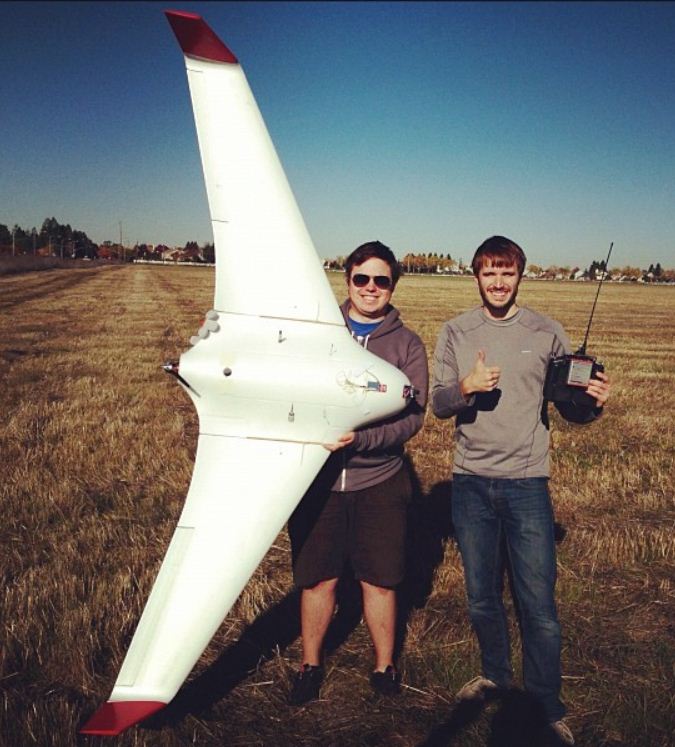 Hungry? This drone is ready to deliver dinner to your doorstep.  A team of designers at Darwin Aerospace recently built the “Burrito Bomber,” a UAV outfitted with a release mechanism and autopilot controls, so it can take food orders and air drop them at a person’s location within minutes.

Here’s the scoop from Gizmag: Using a Skywalker X-8 FPV/UAV Flying Wing for a frame, the group constructed a delivery mechanism out of a Quantum RTR Bomb System with a canister built from a 3-inch diameter mailing tube and some custom 3D printed parts. Navigation is handled by an ArduPilot control system, which the developers can use to set waypoints for the drone to follow on autopilot or manually control the aircraft using the video feed from a built-in camera.

Orders are taken through a web app, which pinpoints a user’s location and automatically creates a waypoint file for the drone to follow. Then an operator loads the burrito into the canister, uploads the waypoint file, and sends the bomber on its way. The canister holds and protects a 500 gram burrito and deploys an attached parachute when dropped, so the contents arrive in one edible piece at their destination. Check out the video!