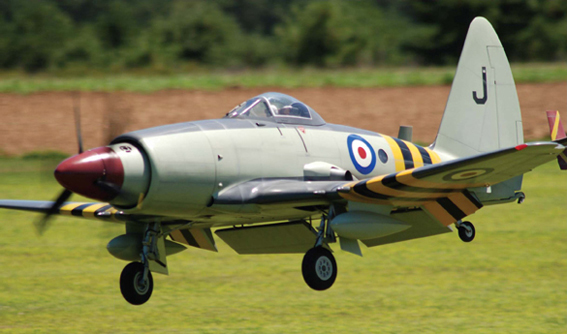 Don’t feel bad if you can’t; you are not alone.  And did you know that your plane will react to the flap deployment differently depending on the type of flap you have on your plane.  For a quick rundown on these all important features, read on and see what Klaus Ronge has to say about how flaps will change the way your plane lands.

There are four basic types of flaps: plain, split, Fowler and slotted. The plain flap is simply a hinged portion of the trailing edge. Split type flaps are hinged at the bottom of the wing and create much more drag than plain flaps. The slotted flap is similar to a plain flap, but has a slot between the wing’s trailing edge and the flap. The air passing through the slot delays the airflow separation and creates a greater increase in lift with a smaller increase in drag than a plain or split flap. Fowler flaps extend aft and down increasing the wings area and provide large increases in lift with a minimum of drag.

Split flaps generate a lot of drag by disturbing the airflow on the underside of the wing.

Slotted flaps allow high-energy air to flow from underneath the wing up and over the flap to help prevent airflow separation.

Deflecting flaps will cause a twisting action to the airplanes’ wing. The type of flap as well as the wing’s design will determine the amount of twisting action, with the split flap generating the least amount. Deploying the flaps may result in the plane pitching up or pitching down. The elevator must be used to compensate and keep the plane on the desired approach path. Another characteristic of flaps is that the first half of the flap’s deflection results in a greater increase in lift while the second half results in a greater increase in drag. Flaps also impart a large structural load on the plane and should only be used at a lower airspeed. Full-size planes have their air speed indicators marked for safe flap operating range.