MAN: What can you tell us about your new powerplants? How have they held up under testing?

CR: Engines of the first series have displacements of between 40 and 50cc and weigh about 3.5 pounds with mount or recoil starter housing. They produce 9 to 10hp for propeller applications and up to about 18hp at higher rpm. They consume about as much fuel as a good gas-burning 4-stroke of the same output, at a fraction of the weight. I’ve produced seven prototypes to date and have castings, shafts, etc., on hand for quite a few more.

The rotor housing wearing surfaces are all of hard-chromed aluminum alloy; bearings are all of roller and ball type. Projected engine life appears to be over 1,000 hours, including the apex seals. Fuel is 50:1 pump gasoline/oil mixture. Surprisingly, the engines also run very well on kerosene and Jet A1, with no evidence of spark knock, despite their compression ratio of more than 13:1. That’s probably because the rotors run so cool.

MAN: Your test platform is beautiful; is it your own design?

CR: It’s the first elliptical wing bipe that I have designed and built. It turned out that on paper, the elliptical planform offered advantages over and above the usually touted, slightly reduced, induced drag. It was less flutter-prone and slightly stronger than straight tapered wings of same weight, and I thought that an elliptical bipe might be an attention grabber at the flying field. This fully aerobatic aircraft has a 78-inch span, 1,521 square inches of wing area and weighs 12 pounds. It has a plug-in cabane with wings and stab retained by long 1/16-inch threaded rods so that the wings can slew around in the event of a crash and thus reduce damage. It handles nicely, but it’s a tad fast at over 150mph. I should have built a much larger test airplane, but I wanted something that would fit in my Accord.

MAN: Thank you for your time, Carl; we look forward to telling our readers more about your round engines, as well bringing them a construction article on your new bipe!

[Editor’s note: Get the inside scoop on Carl’s biplane design principles in his three-part “Biplane Secrets” series, available above.] 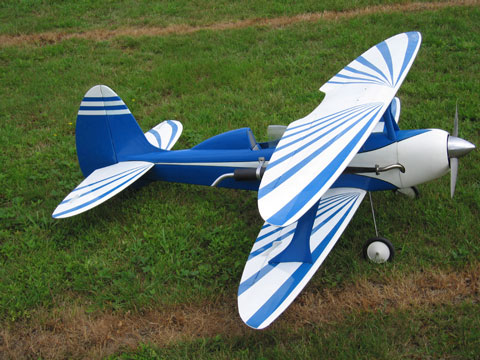 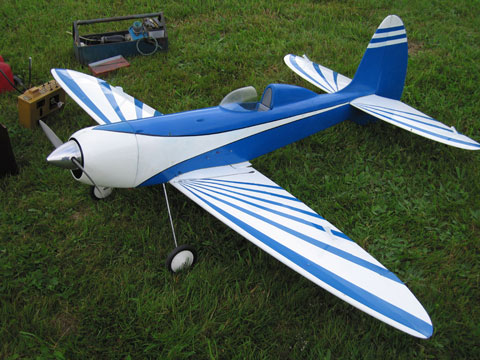 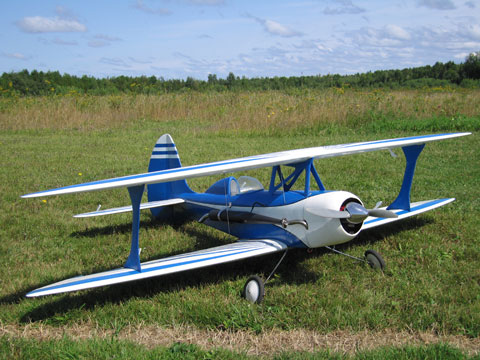