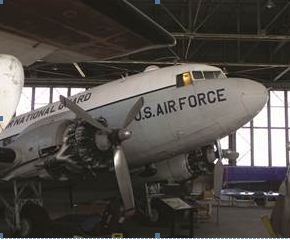 The Gateway National Recreation Area-C47 Skytrain WWII Transport in Brooklyn and Intrepid Sea, Air & Space Museum in Manhattan need your votes in this program to spotlight historic preservation.  Forty historic New York places representing all five boroughs are competing for $3 million in grants through Partners in Preservation, a collaboration between American Express and the National Trust for Historic Preservation.

Through this partnership, American Express and the National Trust for Historic Preservation seek to increase the public’s awareness of the importance of historic preservation in the United States and to preserve America’s historic and cultural places. The program also hopes to inspire long-term support from local citizens for the historic places at the heart of their communities.